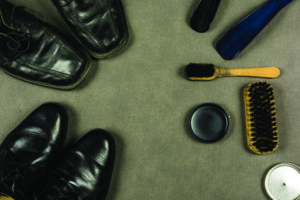 I was reading an article by a woman who lost her brother, sister, and her sister’s children in a car crash.

She was in shock.

For days, she walked around as if in a fog, unable to think clearly.

Of course, friends offered to help. Several said, “Let me know if there’s anything I can do to help.”

The woman explains that while she found that well-meaning, it was unhelpful. She explained that the bereaved don’t want to impose on other people. Or they can’t think clearly enough to ask for help. Or they don’t have the energy or desire to pick up the phone and call anyone. Moreover, saying, “Let me know if I can do anything” puts a burden on the sufferer to organize their own help, on top of dealing with everything else.

So how can you really help a friend who is suffering? This passage from Job is suggestive:

Now when Job’s three friends heard of all this adversity that had come upon him, each one came from his own place—Eliphaz the Temanite, Bildad the Shuhite, and Zophar the Naamathite. For they had made an appointment together to come and mourn with him, and to comfort him. And when they raised their eyes from afar, and did not recognize him, they lifted their voices and wept; and each one tore his robe and sprinkled dust on his head toward heaven. So they sat down with him on the ground seven days and seven nights, and no one spoke a word to him, for they saw that his grief was very great (Job 2:11-13).

Here are three simple bits of help for loving your suffering friend:

First, take the initiative. Job’s friends went to him without being asked. Likewise, don’t wait to be asked for help.

In the article, the woman tells the story of one neighbor who came by the house and asked for the family’s shoes. When she asked why he said, “I remember when my father died, it took me hours to get the children’s shoes cleaned and shined for the funeral. So that’s what I’ve come to do for you. Give me your shoes—not just your good shoes, but all your shoes.”

So the neighbor shined the family’s shoes. He saw a need and did something about it.

Likewise, if you have a suffering friend, take the initiative and do one simple, practical thing, for them. That might be taking their dogs to the kennel, cleaning their house, making meals, or picking people up from the airport. Think of something practical.

Second, track with the person. I once asked a pastor friend what he did when a congregant was going through a tragedy. “I track with them,” he said. What does that mean? “If they’re mourning, then I’m mourning. If they’re celebrating, then so am I. If they’re angry, then I am too. If they’re praying for a miracle, then I’m adding my amens.” Job’s friends mourned with him. He was sitting in the dirt. They covered their heads in dust. They saw him sitting silently. They silently sat with him. Paul said, “Rejoice with those who rejoice, and weep with those who weep” (Rom 12:15). Whatever stage of grief your friend is in, empathize with him or her. Track with your friend. (Later in Job, his friends became oppositional. They stopped tracking with Job. Consequently, they became “miserable comforters,” Job 16:2).

Third, exercise a ministry of presence. Job’s friends left their homes to be with him in person. Simply having someone else nearby can be a comfort. It wordlessly says, “You matter to me.” And don’t feel you need to fill the silence with words. Job’s friends sat in silence. But being there was enough during that time (all the trouble came when they started to speak!).

There’s no easy fix for suffering. And you shouldn’t try to “fix” a sufferer at all. But you can be a help in a time of crisis. Simply put: love
sees a need and does something about it.

Shawn Lazar lives in Denton, TX with his wife Abby and their three children.