Somewhere in the past 40 years “Purpose” has become our god.

I suppose Rick Warren revealed this god more than he invented it in his wildly successful book, The Purpose Driven Life. Somewhere, having Purpose (yes, I’m capitalizing it on purpose, since it has taken on a god-like status) became a “must have” for western culture.

“Today I want to talk about purpose. But I’m not here to give you the standard commencement about finding your purpose. We’re millennials. We’ll try to do that instinctively. Instead, I’m here to tell you finding your purpose isn’t enough. The challenge for our generation is creating a world where everyone has a sense of purpose.

“One of my favorite stories is when John F. Kennedy visited the NASA space center, he saw a janitor carrying a broom and he walked over and asked what he was doing. The janitor responded: ‘Mr. President, I’m helping put a man on the moon.’

Notice that he said millennials will try to find purpose instinctively. He says it in a congratulatory way to the younger generation, but I’m not convinced that this generation of college grads is anything special in this regard. They are simply carrying on the tradition of their parents. Since the 1980s, finding Purpose and following Purpose and bowing down to Purpose and sacrificing to Purpose has become, well, purposeful. Anyone who doesn’t “find his or her purpose” is just a loser (or so the Purpose Cult would have us believe).

Results of the Religion

When Purpose became a “must have” on the search of significance, I think it ruined the lives of millions.

Why are suicide rates higher than ever? Why is there a heroin and opioid epidemic? Why is marijuana usage considered a God-given right? Why does the Purpose-driven crowd seem so… hopeless?

I think it is past time to realize that a Purpose-driven life is unbiblical, unfruitful, and actually even harmful to your emotional and spiritual well-being.

Those who grew up before the “your-life-has-to-be-crazy-significant” generations of the 1980s and beyond, used to get up in the morning, drink coffee, eat bacon and eggs, go to work, punch the clock, go home, watch Archie Bunker, and go to bed.

Worthless, right? What a waste, right?

Well, they also kissed their wives, played cards with their friends (they actually had some real relationships with people who met together in the very same room), played ball with their kids (in the backyard, not with the manicured Purpose-driven teams with coordinated uniforms and regimented practice three times a week), read their Bible (and even knew what it said), and volunteered in their community.

If you asked them what their purpose was, they would have looked at you like a cow at a new gate.

They were the purposeless generations. And God bless them. They were “God and country.” They were family, friends, “mom and apple pie.” When they retired, they went on a cruise. When they got back from their cruise, they planted a garden, grew tomatoes, and ate them. They watched re-runs of old movies when movies were not filled with F* bombs and more four-letter words than anybody in any life actually ever uses. 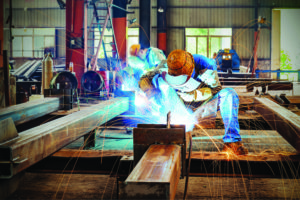 The Simple Life of Every Previous Generation

Looking for Purpose? My advice is to quit. You are on a wild-goose-chase. As soon as you find your Purpose, the world will change its focus and you’ll be left with all your investment in an old scheme. Instead, make your purpose to just live life. Love God and love others. Take care of your family. And go on a picnic.

Sometimes “greatness” will come knocking on your door. If it does, be ready. But don’t live for it. Don’t sell your soul to the Purpose Driven god—the one who is an evil taskmaster driving you to always strive for more, always achieve the best, always work for excellence (that never-reachable façade).

Years ago, there were pastors that nobody ever heard of. They just faithfully preached the Word in a little country church. They did it every week and every season. They did it when there were twelve people. Once a year there might have been a hundred, and those hundred got the same kind of Bible teaching as the twelve.

Years ago, there were homemakers. They made a home out of a house. They were always there. They kept it clean and orderly and altogether lovely (though not necessarily fancy).

Years ago, there were auto mechanics and donut makers and newspaper editors and tailors and street sweepers. They got up every morning, drank coffee, ate bacon and eggs, kissed their wives, and went to work.

And in the end, their lives were meaningful.