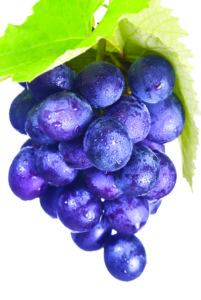 I felt like I failed them when I went away to Bible college—“them” being the men I had been ministering to and witnessing to for several years. They were American citizens imprisoned in Mexico for drug crimes. The pastor of a small Baptist church on the border got me started in this evangelism ministry shortly after I was born again. I loved the work and prayed fervently for all of those men.

In time, God moved my wife and me so I could begin my studies. I looked forward to Bible college with glad anticipation, but the move was bittersweet. I was disappointed with the results of the prison ministry. There was no fruit. I had nothing to show for my efforts.

Two years later a letter landed in our mailbox that rocked my world. It was handwritten by a man who was doing a thirteen year stretch in that wretched prison. I could scarcely believe what I read. A prison revival had broken out. Men by the dozens proclaimed faith in Christ. People were baptized. Bible studies were going on in every cellblock throughout the whole prison. Hardened men who faced years of harsh confinement were walking with Jesus.

I was undone. I wept for joy and gratitude. For a brief moment, I savored what Jesus had promised: “Ask, and you will receive, that your joy may be full.”

The Scope of the Promise

These verses are misread if taken as unconditional promises that anything and everything you can ever ask for will be granted.

Worried about putting your kids through college? Just pray and watch the money show up in your bank account.

Is a loved one desperately ill? Just pray and stand by to see him rise from that sickbed.

Wondering if you’ll have enough to live on in retirement? Stop worrying, start asking, and make the most of those golden years because Jesus will underwrite the whole thing.

Wouldn’t it be great if that’s what these promises actually meant?

Despite what prosperity preachers proclaim, Jesus had something dramatically different in mind. These promises are like every other verse in the Bible. Their meaning is derived from the context.

Imagine if friends invite you over for a backyard barbecue. You show up a bit early, so the hostess graciously says, “Make yourself at home. You know where the kitchen is. You can have anything you want.” Now it just so happens that you want venison, so you wander into the kitchen looking for that succulent steak. After you rummage around you’re disappointed there’s none to be found.

Does that mean the promise that you can have anything you want was false?

You understand from the context that the promise is limited to anything you can find in the kitchen.

Likewise, Jesus’ promise that whatever you pray for shall be given doesn’t mean that you’re going to win the Powerball Lottery. In context, it means that God always answers our prayers for mission success.

Prayer for Greater Works That Glorify the Father

The promise in John 14:13-14 follow Jesus’s remarkable statement in v 12: “Most assuredly, I say to you, he who believes in Me, the works that I do he will do also; and greater works than these he will do, because I go to My Father.”

At first glance, this stunning prophecy seems improbable at best. But in light of the history of Bible times, it makes perfect sense. Jesus’ work was confined to a small geographical area. His followers covered everything from Great Britain to Southern Europe, North Africa, India, and perhaps even Southeast Asia. During His lifetime, Jesus gathered a handful of believers, perhaps as many as 500. But within a few years of His departure, His followers had gathered hundreds of thousands of believers from all over the world.

Jesus’ followers did far greater works than He because the power of God was made available to them. All they had to do was to believe (v 12), and pray (vv 13 and 14). The evidence that God honored the promise to answer their prayers is written on the pages of history.

The Prayer for Fruitfulness that Glorifies the Father

Two promises are found in John 15. Verses 7 and 8 promise that if we live according to Scripture and walk in fellowship with Jesus, our prayers will be answered. The promised answer, which takes the form of fruitfulness which glorifies the Father, clues us into what is requested in these prayers: more fruit! That fruit is identified in the next promise.

The promise in John 15:16 is the linchpin for all four promises. Jesus put it this way: “You did not choose Me, but I chose you and appointed you that you should go and bear fruit and that your fruit should remain, that whatever you ask the Father in My name He may give you.” This is a Johannine version of the Great Commission, with different details. These men have been chosen to serve in a specific fashion. Their form of service is to go and bear fruit. This entails the evangelism process that results in more people entering eternal life by believing in Jesus. The fruit is new believers.

So the promises of answered prayer in John 15:7-8 and 16 are linked to the mission of winning people to faith in Jesus. Jesus promised that prayers for evangelistic success would be answered.

The Prayer for Steadfast Mission Commitment in the Face of Hostility

The fourth and final promise of answered prayer in John 16:23-24 takes a bit more digging. We start by observing the context. Notice that the first three verses of the chapter move the discussion to the opposition they would encounter on their mission. The chapter’s closing verses sound the same note. Just before the promises are spoken, Jesus promised the Holy Spirit would convict a rebellious world (John 16:5-11), and illuminate and guide them in the face of opposition (John 16:12-15). So, whatever the promises in 16:23-24 mean, they must relate to the staying on mission even in the face of deadly opposition.

Verses 23 and 24 use two different words, both translated as “ask” in our English Bibles. These words, like most others, have various fields of meaning, so I need to hold what I’m about to say a little more loosely. The first “ask” in v 23 probably means “ask for information.” It says that “on that day”—the day they see the resurrected Christ”—they would no longer need to ask for information or explanation. They would finally know that His power is sufficient to conquer all opposition, even death.

In that knowledge, when they encounter hostility to their evangelism, they would “ask” (the second “ask” in v 23 and both “asks” in v 24) for something. What would they be asking for? In light of the context it’s most likely they would be asking for the Holy Spirit’s help to stay the course of their evangelism work. It would be the prayer for boldness.

When Peter and John were ordered to stop preaching the gospel under threat of punishment, they reported back to the church. The believers all gathered and called out in prayer. They didn’t ask for protection. They didn’t ask to be excused from the mission. They didn’t ask for favor with the Roman authorities. They prayed for boldness in the face of hostility, the very prayer that Jesus promised to answer in John 16:23-24:

“Now, Lord, look on their threats, and grant to Your servants that with all boldness they may speak Your word by stretching out Your hand to heal, and that signs and wonders may be done through the name of Your holy Servant Jesus” (Acts 4:29-30, emphasis added).

As Jesus promised, their prayers were answered.

And when they had prayed, the place where they were assembled together was shaken; and they were all filled with the Holy Spirit, and they spoke the word of God with boldness…With great power the apostles gave witness to the resurrection of the Lord Jesus. And great grace was upon them all (Acts 4:31, 33).

The prayer for greater works (John 14:13-14) and for lavish fruitfulness (John 15:7-8, 16) was also answered! “And through the hands of the apostles many signs and wonders were done among the people…And believers were increasingly added to the Lord, multitudes of both men and women (Acts 5:12, 14)…”

I don’t find anywhere in Scripture a blanket promise to answer any and every prayer. But I do find Jesus’ solemn promise, repeated four times during his final hours in the Upper Room, that God always answers our prayers for mission success.

The answers don’t always come in our time. I had to wait several years for my prayers on behalf of those prisoners to be answered. Many of you have been praying for decades for your church’s evangelistic success—keep it up.

Nor do the answers always come as we expect. Paul’s prayers and plans to minister in Rome weren’t answered with a journey of fellow missionaries; they were answered in chains.

But we have Jesus’ solemn promise: prayers for new believers to be borne out of our faithful missional service will be answered.