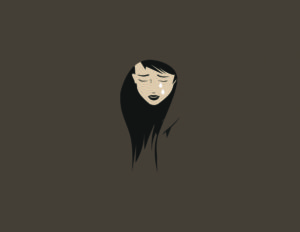 Years ago I attended a Baptist church in Los Angeles. It was during this period that I’d assimilated as much Reformed theology as I could get my hands on. I was halfway through the membership course in this Calvinist church when one of my worst church experiences occurred.

It happened on a late Sunday afternoon, between services. The elders brought a teenage girl named Esther before the membership to have her sin exposed.

Esther was a nice, quiet girl who regularly came to church with her polite, Spanish-speaking family. She was active in the children’s ministry and in the choir. Up to this point, nobody in the church had any reason to doubt she was a saved person. But she had recently become pregnant by a boy from her high school and felt very embarrassed about it.

An elder escorted Esther up to the pulpit, where the pastor waited. She was sniffling. The church was silent. She sheepishly looked at the floor. The pastor began to describe her circumstances and told us she wished to repent of her sin publicly, unto salvation. He went on to explain that Esther’s sin indicated she had not been regenerate. He announced, “Esther wishes to profess her newfound faith in Jesus Christ before you all.” She did this while weeping. She said she had truly put her trust in Christ this time. From now on she’d live a life of obedience. Members solemnly clapped and murmured Amens.

As for me, I couldn’t believe my eyes and ears! I sat dumbfounded in my pew. Questions started racing through my mind. “What about King David and his impregnating Bathsheba? Hadn’t he been regenerate when he impregnated her? Indeed, hadn’t he already written some of the Psalms? And what about Samson? Doesn’t the book of Judges say he was a Nazirite unto God from the womb, and that he womanized among harlots? Hebrews 11 says Samson was a great hero of the faith. And how about Solomon?”

It seemed to me the church was not dealing with Esther the way Jesus treated unsaved sinners and repentant believers.

For example, in the story of the prodigal son (Luke 15), Jesus emphasized God’s unconditional love and acceptance of His sheep, no matter how far they strayed or what they did. He implied there was nothing a believer could do to lose his eternal salvation.

I took my questions and thoughts to the pastor later that evening, to no avail.

I can only pray that Esther believed the saving message at some point and is free from Lordship Salvation today.

Let us always remember that God considers us righteous by faith alone. No amount of obedience or disobedience to the Law can affect this irreversible and eternal position (John 5:24; Rom 4:5; Gal 2:16). Neither should our behavior affect our assurance in Christ, “in whom we have boldness and confident access through faith in Him” (Eph 3:12). If you keep these truths in mind, you can obey from a heart of gratitude instead of from compulsion and fear. Salvation is liberating (John 8:32, 36)!

Brandon Burdette is a writer. He lives in Los Angeles, CA.