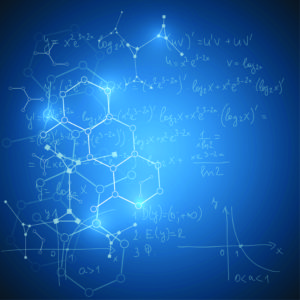 A chapter from Chosen to Serve: Why Divine Election Is to Service, Not to Eternal Life.

When theologians write or talk about the decrees of God, it is usually in hushed and reverential tones.

These decrees are said to lay at the very heart of the mystery of predestination and election to eternal life. In fact, some theologians use “decree” as a blanket term to describe anything that God has willed about salvation.1

There is a great and venerable tradition about God’s decrees. But as a committed and unapologetic Biblicist, I have to measure those traditions by the Scriptures. And what do we find? They come up short. Very short!

The surprising truth is that, despite the emphasis that systematic theologians put on God’s decrees in election, the Bible itself rarely mentions God’s decrees. And the dozen or so verses that deal with them never concern an individual’s eternal destiny.2

The Decrees of Men

By far the most common references to decrees in the Bible are to those of men, such as the legal decrees issued by kings and rulers.3 Many of these legal decrees were considered unalterable (especially in the context of Median and Persian law4) as we see in Ezra 6:11, Esth 8:8, and Dan 6:8.

Ezra records numerous decrees made by different kings such as Artaxerxes, Darius, and Cyrus, e.g., such as whether Jerusalem and the Temple should be rebuilt or not (Ezra 4:19, 21).

Nebuchanezzar initially decreed that everyone should worship a golden image (Dan 3:10), only to relent and decree that no one should insult the God of Israel (Dan 3:29). He also decreed that the wise men of Babylon should interpret a dream for him (Dan 4:6).

Likewise, Darius decreed that all should tremble before the God of Daniel (Dan 6:23).

These are all practical, legal decrees by governments over their subjects.

It is the same in the NT.

Caesar Augustus passed a decree that everyone in the Empire should be registered (Luke 2:1). And the first Christians confessed that Jesus was king, against Caesar’s decree (Acts 17:7).

I’m sure you get the picture.

Decrees had to do with civil government and legally binding orders dealing with political matters and behavior.

Are God’s decrees any different?

Although theologians often speak about God’s eternal decrees, the Bible rarely mentions them. In the rare case in which God does decree something, it is never in connection with choosing individuals for eternal life or death, but always related to His governance of the world.

There are several verses that mention God’s decrees with respect to His rulings5 or moral government of His people and the world. For example, there are two references to God’s decreeing a covenant with Israel:

Then Moses cried out to the Lord, and the Lord showed him a piece of wood. He threw it into the water, and the water became sweet. There the Lord made a decree and a law for them, and there he tested them (Exod 15:25 NIV, emphasis added).

The Lord went on to challenge the Israelites to obey Him so they would not be punished with disease as the Egyptians were. The decree was obviously not a pre-temporal choice of individuals for eternal life, but a part of the blessings and curses that were stipulated in God’s covenant with Israel.

We find another reference to God’s covenantal decree in Chronicles:

He remembers his covenant forever,

the promise he made, for a thousand generations,

the covenant he made with Abraham,

the oath he swore to Isaac.

He confirmed it to Jacob as a decree,

to Israel as an everlasting covenant:

“To you I will give the land of Canaan

God promised to give Abraham the land of Canaan. Although God’s action in and through Israel had a redemptive purpose, this was clearly not an eternal selection of only some individuals to eternal life.

There are several mentions of decrees that relate to God’s moral government over man:

Although they know God’s righteous decree that those who do such things deserve death, they not only continue to do these very things but also approve of those who practice them (Rom 1:32 NIV, emphasis added).

Paul was saying if you break God’s moral law, you deserve to die.

Indeed, God’s moral government is such that He usually decrees that lawbreakers suffer disaster. For example, in Jeremiah we read,

When the commander of the guard found Jeremiah, he said to him, “The Lord your God decreed this disaster for this place. And now the Lord has brought it about; he has done just as he said he would. All this happened because you people sinned against the Lord and did not obey him” (Jer 40:2-3 NIV, emphasis added).

Likewise, because of her sins, God decreed that Israel would suffer the catastrophe of the exile, in which only a remnant would return to the Holy Land:

Though your people be like the sand by the sea, Israel, only a remnant will return. Destruction has been decreed, overwhelming and righteous (Isa 10:22 NIV, emphasis added).

During the exile, God also made a decree against King Nebuchadnezzar in a dream interpreted by Daniel:

“This is the interpretation, Your Majesty, and this is the decree the Most High has issued against my lord the king” (Dan 4:24 NIV, emphasis added).

And as part of that disaster judgment, God could decree to send deceiving spirits:

All of these examples of God’s moral governance of men are limited to temporal judgment, not to eternal death. They are also, most often, corporate decrees, dealing with peoples and groups. What they do not deal with is an eternal choice of some individuals to heaven and others to hell.

For example, God “made a decree for the rain and a path for the thunderstorm” (Job 28:26 NIV), and God put the sea in its “decreed place, and set bars and doors” for its boundaries (Job 38:10 KJV). He did the same for the sand:

God has decreed that all the heavens—from the sun and moon to the angels—should praise His name. He has decreed they are to be established forever and “never pass away” (Ps 148:6). 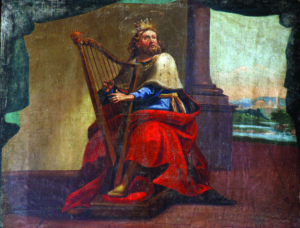 God’s Decrees about David and Jesus

I will surely tell of the decree of the Lord:

This passage refers to God’s enthronement of the king of Israel, who is regarded as His son. The NT applies this passage to Jesus. It is not a Trinitarian statement of His deity,6 but, according to Paul, a reference to the Messiah’s resurrection from the dead:

“We tell you the good news: What God promised our ancestors he has fulfilled for us, their children, by raising up Jesus. As it is written in the second Psalm:

‘You are my son; today I have become your father.’

God raised him from the dead so that he will never be subject to decay. As God has said,

‘I will give you the holy and sure blessings promised to David.’

So it is also stated elsewhere:

‘You will not let your holy one see decay.’

Now when David had served God’s purpose in his own generation, he fell asleep; he was buried with his ancestors and his body decayed. But the one whom God raised from the dead did not see decay” (Acts 13:33-37 NIV).

This decree is vocational. It refers to the Messiah being begotten in the sense of being raised from the dead, which vindicated His Messianic claims, including being the true King of Israel.

I am amazed at the emphasis some systematic theologians put on God’s decrees regarding His choosing of some people to eternal life and others to eternal death. The entire debate between certain Calvinists (e.g., supralapsarians and infralapsarians) has to do with God’s (non-existent) eternal decrees about salvation.

III. By the decree of God, for the manifestation of his glory, some men and angels are predestinated unto everlasting life, and others foreordained to everlasting death.7

As we’ve seen, this is deeply mistaken. Strictly speaking, none of God’s decrees are eternal (in the sense of being depicted as made in timeless eternity), and certainly none have to do with choosing which individuals have everlasting life and which will have everlasting death.

As Laurence Vance summarized the evidence,

There is no such thing as God’s eternal decree of predestination—except in the philosophical speculations and theological implications of Calvinism.8

If you’ve been worrying about God’s decrees concerning your eternal destiny, you are thinking in unbiblical terms.

2. It is interesting to read Sam Storms’s Appendix on “The Divine Decrees,” because he doesn’t actually quote any Scriptures that say God makes decrees about salvation. At the beginning of the Appendix he refers to some verses dealing with election, but spends the next six pages detailing the order of the divine decrees without examining the Scriptures that actually mention God’s decrees. See Sam Storms, Chosen for Life: The Case for Divine Election (Wheaton, IL: Crossway, 2007), 213-19.