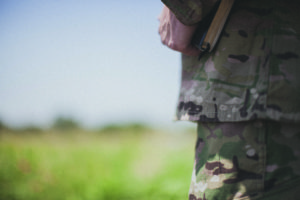 Throughout history there have been many wars and many different battlefields. For example, World War II was fought across forests, deserts, oceans, and jungles. While the battlefields were different, the enemy was the same.

Over the course of the church’s history there have been many different contested issues (battlefields). Today, there is an attack upon the inspiration, inerrancy, sufficiency, and interpretation of Scripture. While Christians should expect these to be attacked by the secular unbelieving world, the fact is, there is an assault on these core doctrines from within the church.

Contend Earnestly for the Faith

In the little epistle of Jude, we are warned, “I found it necessary to write to you exhorting you to contend earnestly for the faith which was once for all delivered to the saints. For certain men have crept in unnoticed…”

Jude recognized the problem of false teaching back in the first century.

What is interesting, though, is that he informs us that this attack is from within because “certain men have crept in unnoticed.” The Greek verb suggests a thief slipping or creeping in the side door. Basically Jude is calling these men “creeps!” So there are creeps in the midst of the church seeking to subvert it.

Today, the attack of the creeps is upon the inspiration, inerrancy, sufficiency, and interpretation of Scripture. While each of these is slightly different, they all bear on God’s Word.

Let’s look briefly at each one and observe the nature of the attack.

Verbal plenary inspiration is the teaching that the Scripture originated with God. God is completely and fully the origin of the Scripture. Second Timothy 3:16 says that “All scripture is God-breathed.” God declared it and it is His message.

How is this teaching under attack?

One example is postmodernism. Bob Wilkin deals with many forms of this in his article “Postmodern Doubts and Theological Education (Part 1)1.” In his discussion he observes that because postmodern thought denies the existence of absolutes (everything is relative) we logically cannot know whether God exists.

This thinking is a subtle form of denying inspiration. It rejects the idea that God has revealed Himself or that He has spoken. It denies the existence of a coherent message spoken by God. The implications of this are huge. People cannot believe what they do not know to be true!

Inerrancy is the teaching that the Scriptures are without error. All statements and assertions found in Scripture are true and correct. Jesus affirms inerrancy when He said to the Father, “Your word is truth” (John 17:17). It is true; therefore it has no error.

Postmodern proponents openly deny the inerrancy of Scripture. One seminary professor quoted by Wilkin plainly said, “The Bible has errors in it.”

In postmodern thought all truth is relative. Hence, there can be no certainty. For example, one postmodern theologian says, “We can’t know that God was in Christ reconciling the world to Himself. The best we can do is believe.”

Postmodernism has relegated belief to something mystical instead of being persuaded that a proposition is true. It undermines belief and inerrancy at the same time.

Think about the consequences of this in connection with evangelizing. What are we to say to people? “I am not sure whether I have everlasting life and I can help you be unsure too!” How depressing!

Another stab at inerrancy (whether intentional or not) is found in the Critical Text (CT) of the Greek New Testament.

As many GES readers understand, the CT introduces errors and contradictions into the Bible. Suffice it to say that this attack on inerrancy is subtle and mostly undetected by many unsuspecting people who read their Bibles.2

The Sufficiency of Scripture Under Fire

The sufficiency of Scripture for every Christian to live is also severely under attack. Second Peter 1:3 says, “His divine power has given to us all things that pertain to life and godliness, through the knowledge of Him…” God’s power has adequately endowed Christians with all things needed to live a godly life. “All things” are all things!

What is suggested here by Peter is that through the Scriptures and the indwelling Holy Spirit every church-age saint has all that is needed to live a godly life, one that is pleasing to the Lord. Once again, we notice that it is impossible to please God apart from belief (Heb 11:6). And Ps 19:7-11 declares the sufficiency of God’s Word to transform a person.

Yet, mystics and proponents of Spiritual Formation, for example, deny this truth. In discussing Spiritual Formation, a Baptist Pastor told me that “God’s Word doesn’t work.” He went on to say that teaching the Bible was inadequate for people to grow spiritually. What is needed are mystical practices so people are enabled to experience God.

Dr. John Coe, a professor at Talbot Seminary, presented a paper at the 2006 Evangelical Theological Society annual meeting. The paper was called, “Spiritual Theology: A Methodology for Bridging the Sanctification Gap.”3 The sanctification gap is the gap between what the Scriptures tell us about sanctification and what we need to know in order to be sanctified. In that paper Coe said, “A Bible-alone approach is inadequate…” By that he did not mean that we need the Bible plus the work of the Spirit of God. He meant that the Bible does not tell us precisely how to be sanctified. To find out how to be sanctified we need what Coe calls the “real life” examples of Christians who learned how to be holy by doing.

These teachers think that God’s Word is not transformative, and they are in Evangelical churches! It makes God’s Word, and believing God’s Word, inconsequential.

Do you see a pattern developing? Each attack undermines belief in God’s Word by claiming it is in some way insufficient. The fact is, these teachers have undermined the belief of some (cf. 2 Tim 2:18).

The Interpretation of Scripture Under Fire

The last leg of the attack is pointed at the interpretation of Scripture. This has many variations. Unfortunately, even many who apply a literal, grammatical, contextual approach waiver because of bias, importing theology or ascribing technical meanings to Biblical words.

Bob Wilkin’s book The Ten Most Misunderstood Words in the Bible4 is ample evidence of this. I have met numerous people who think the words save and salvation always refer to going to heaven and not hell.

The term gospel has been equally abused to the point where many think it only refers to what one must do to have everlasting life.

These are examples of what I call “Christianese,” jargon that has developed within the church that is unfortunately misleading. Much ink could be devoted to interpretation, but suffice it to say we are charged with rightly dividing the word of truth (2 Tim 2:15). We are commanded to interpret the Bible so that we understand exactly what the writer (God) means by what He said. What is the significance of incorrect interpretation? Those who hear might believe the wrong teaching!

The battlefield has shifted. The attacks today on the Word of God are numerous and pervasive. What are we to do? We are to be Bereans! Like the Bereans of Paul’s day we need to be fair-minded and search the Scriptures to find out whether teachings found in churches today are true (Acts 17:11).

2. For more information about this issue, see Wilbur Pickering, “What Difference Does it Make? The Greek Text We Accept Makes a Big Difference,” Journal of the Grace Evangelical Society (Spring 2012): 37-65.

3. See the section on Coe’s paper at http://www.pre-trib.org/articles/view/postmodernism-and-its-impact-upon-theologicaleducation.