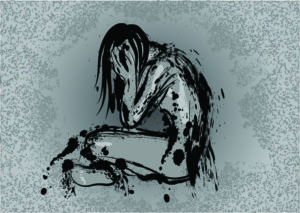 A 46-year-old believer, whose husband died after a debilitating illness, felt like she could not go on. She said, “I don’t know if it was self-pity, if I was seeking negative attention, or if grief made me feel like I would self-destruct. My gut-wrenching sadness at times seemed unpreventable and untreatable. Often the words of the Bible were meaningless to me—I guess I was numb. Sometimes I wished I could end my life, and even planned how to do it. Why didn’t I call someone? Because I didn’t want pity. I wanted to be strong and resilient, and for me, I think, that was pride.”

Several Bible people also become suicidal. What was the result?

Rebekah’s depression resulted from hostility between her twin sons and probably her own guilt in causing that. Her plot to deceive her husband into giving the Covenant Blessing to Jacob, resulted in Esau determining to murder Jacob after Isaac died. (His death seemed imminent at the time.)

Whether Rebekah verbalized her depression to Isaac because she did feel that way or she exaggerated to protect Jacob from Esau is not clear from the text. Either way, Isaac lived 80 more years, but Rebekah died without seeing Jacob again.

God had granted Solomon a “wise and understanding heart,” yet at one point he stated,

Therefore I hated life because the work that was done under the sun was distressing to me, for all is vanity and grasping for the wind…. Therefore I turned my heart and despaired of all the labor in which I had toiled under the
sun (Ecclesiastes 2:17, 20).

Solomon wrote ten more chapters about life being futile, but came to the correct conclusion in 12:13, “Fear God, and keep His commandments: for this is the whole duty of man.”

Elijah defeated 450 prophets of Baal on Mt. Carmel, causing Israelites to acknowledge the Lord as God. However, King Ahab and Queen Jezebel were not convinced. They promised to execute Elijah by morning. “But he himself went a day’s journey into the wilderness, and came and sat down under a broom tree. And he prayed that he might die, and said, ‘It is enough! Now, Lord, take my life, for I am no better than my fathers!’” (1 Kgs 19:4). Note—if he really wanted to die, he could have turned himself in!

When God made him confess how he felt, Elijah said, “I have been very zealous for the Lord God of hosts;…I alone am left; and they seek to take my life” (1 Kgs 19:10). Elijah felt isolated and ineffective. But God fed him “Angel Food Cake,” let him sleep, corrected his faulty thinking that he was the only one true to God, and sent him back to work with a new companion. By the way, Elijah never did die.

Job’s sufferings caused him to curse the day he was born and wish to die. “Why did I not die at birth?…Why is light given to him who is in misery, and life to the bitter of soul, who long for death, but it does not come, and search for it more than hidden treasures; who rejoice exceedingly and are glad when they can find the
grave?” (Job 3:11, 20-22).

Job kept bringing his questions to God, who eventually “answered” him with a series of questions, which Job could not answer. This taught Job that he did not need to know God’s reasons, but to rest in God’s compassion and mercy (Jas 5:11). 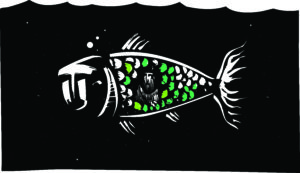 Jonah, God’s rebellious servant, wanted Ninevah destroyed, not evangelized. So God gave Jonah a time-out in a dark, turbulent, slimy, and stinky place. Jonah repented and preached in Ninevah. They repented, and God withheld His judgment—just what Jonah feared! “But it displeased Jonah exceedingly, and he became angry. So he prayed to the Lord, and said…‘Therefore now, O Lord, please take my life from me, for it is better for me to die than to live!’” (Jonah 4:1, 3).

Jonah’s last recorded words were, “It is right for me to be angry, even to death” (Jonah 4:9). Scripture does not say what happened to Jonah after that. However, if he wrote the book hat bears his name, he understood the truth of God’s compassion (Jonah 4:2).

After his conversion, Saul the persecutor of Christians, became Paul the persecuted. In 2 Cor 11:23-28, he listed some of the beatings, imprisonments, and shipwrecks he endured. About his trouble in Asia he said, “We were burdened beyond measure, above strength, so that we despaired even of life” (2 Cor 1:8).

But Paul had learned that when he was weak, God’s grace was sufficient to give him strength (2 Cor 3:5; 12:9-10). In fact, Paul said that facing death had a distinct benefit: “Yes, we had the sentence of death in ourselves, that we should not trust in ourselves but in God who raises the dead” (2 Cor 1:9).

What do we learn from these Biblical examples? Rebekah tried to solve her own problem, but never saw her favorite son again. Solomon journaled his feelings in the God-inspired book of Ecclesiastes. After Elijah’s physical needs for nourishment and rest were met, he took on a ministry partner. Job accepted God’s inscrutability and sovereignty. Jonah may have stayed angry. Paul resolved to keep his eyes on God. Those who fared best entrusted themselves to God and moved forward.

Yes, believers can despair of life and wish to die, but none of these Bible people died when they wanted to or took their own lives. The key may have been that they all verbalized (or wrote about) their feelings, whether to God or to another person.

Instead of ending her life, the 46-year-old widow mentioned above went to a grief support group for six weeks. It helped her adjust to her losses. She eventually learned to be content as a single mother, and 16 years later God gave her another happy marriage.

Anyone can become so depressed or hopeless that they despair of life. But taking one’s own life solves nothing and causes overwhelming grief for those who love you. Your situation is not impossible. In time it will change. God will help you as you let Him and others know your feelings and needs. Suicide hotlines are available 24/7 online or at 1-800-273-TALK.

When you experience “the sentence of death” like Paul did, trust in God not yourself. And don’t be too proud to open up to others. It will be therapeutic.

Psalm 31:15 says that our times are in God’s hands. If God determines when and how we die, we will die on time.

Marcia Hornok writes from Salt Lake City, where her husband Ken pastored Midvalley Bible Church for 39 years. They enjoy the blessing of living within walking distance of 10 out of 12 of their grandkids.