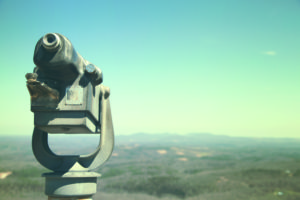 The History channel played a documentary on the Donner Party, and it made quite an impression on me. I’ve sworn off all shortcuts.

The underlying cause of the tragedy that befell the Donner Party was a man named Lansford W. Hastings. For reasons that are somewhat unknown, but included fame and fortune, Hastings tried to convince the pioneers to take a shortcut off the Oregon Trail. The Donner family, the Reed family and about 60 others believed Hastings’s account of a shortcut.

The “shortcut” led the party through hostile Native American territory. Many of the animals—oxen and mules—were either killed or stolen. The path led through barren waterless desert, places that taxed both the remaining animals and people. More than that it put them way behind schedule. At various points along their trek before the snow fell, the party had to make difficult decisions about whether to continue to follow what had become an awful and disastrous route or turn around.

Their story has become part of western lore. Murder, starvation, cannibalism, and death were the ultimate result of the decision to follow Hastings’s shortcut.

The infamous Donner tragedy was the result of a lack of earthly sight. There were wise men and women who decided the Hastings Cut was not a good idea and continued on the Oregon Trail, arriving months before the last of the Donner Party was rescued (or dead).

Spiritual blindness is what put Jesus on the cross. People failed to see the good, loving, true, and beautiful reality of God among them—His healing, feeding, and protecting. In their blindness, they put Him on a cross. To take it one step further, those who were spiritual experts, who knew the Bible, were so blind, that it was at their instigation that He was crucified. It is a terrifying thing to think of the damage and tragedy we walk in when we persist in our blindness.

Paul speaks of spiritual sight in the context of faith. “Therefore, being always of good courage, and knowing that while we are at home in the body we are absent from the Lord—for we walk by faith, not by sight—we are of good courage, I say, and prefer rather to be absent from the body and to be at home with the Lord.” Paul uses the word “walk” for “live” (2 Cor 5:6-7). His point is that he chooses to view the world as God sees it, not as it appears to physical sight. Seeing things clearly means that we see the pain and groaning of this life honestly and hunger for heaven as a result.Seeing clearly means that you live courageously, knowing heaven is waiting to catch us when our last breath comes.

But seeing things this way requires faith—seeing beyond what appears to mere physical sight.

What generates faith is truth.

Hastings got the Donner Party to follow his shortcut by lying to them. He told them it was shorter, that it was easier, that it was wagon ready. The reality was far from each of these statements. In the final act of deceit, one that most probably saved his own life and doomed half the party, he refused to join the party and lead them on his “trail.”

Spiritual sight affirms that God loves His children deeply, that He created each one with purpose and delight, that He never leaves them, that their sins have been totally forgiven.

Live in light of these truths, believe them, and see.

Nate Stevens is the campus pastor at the Bible Chapel Rostraver. Nate was born and raised in Boyertown, PA before graduating in 2010 with a Master of Theology (ThM) degree from Dallas Theological Seminary. He is married to Summer.

In Luke 19:1-9, we find the well-known story of a short, but rich, man named Zacchaeus. We are all familiar with the story, and with...