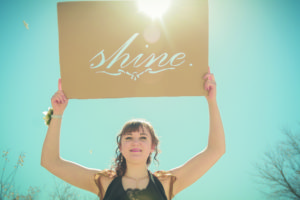 There is a sense in which everything we do as human beings takes place in the sight of men. But, surprisingly, the simple Greek phrase emprothen tōn anthrōpōn, that is, before men, occurs just six times in the entire New Testament. What is most surprising, however, is that each occurrence comes from Jesus Himself. Let’s consider each one in the order they appear.

“Let your light so shine before men, that they may see your good works and glorify your Father in heaven” (Matt 5:16, emphasis added).

This statement occurs in the “Introduction” of Jesus’ Sermon on the Mount. He is speaking—in this context—collectively to his disciples how they should be open in their witness to the world. Note:

“You are the light of the world. A city that is set on a hill cannot be hidden. Nor do they light a lamp and put it under a basket, but on a lampstand, and it gives light to all who are in the house” (Matt 5:14-15).

If the on-looking world sees multitudes of Christians doing good works by the power of the Holy Spirit, it will bring great glory to God. I think that is exactly what happened just after the day of Pentecost when the Assembly was first formed by the Holy Spirit.

So continuing daily with one accord in the temple, and breaking bread from house to house, they ate their food with gladness and simplicity of heart, praising God and having favor with all the people. And the Lord added to the Assembly daily those who were being saved (Acts 2:46-47). 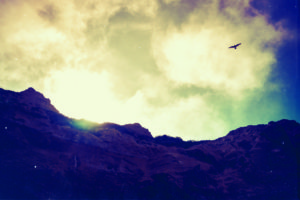 “Take heed that you do not do your charitable giving before men, to be seen by them. Otherwise you have no reward from your Father in heaven” (Matt 6:1, emphasis added).

This statement was also made during Jesus’ Sermon on the Mount and clearly is speaking of reward. Jesus is reminding us not to inform everyone of my financial giving. This certainly relates to the evaluation we will have at the Judgment Seat of Christ.

“For the Son of Man will come in the glory of His Father with His angels, and then He will reward each according to his works” (Matt 16:27).

“And behold, I am coming quickly, and My reward is with Me, to give to every one according to his work. I am the Alpha and the Omega, the Beginning and the End, the First and the Last” (Rev 22:12-13).

The references in Matthew [and perhaps also Luke] are spoken by Jesus to the Twelve Apostles [including Judas] as He sends them into the nation of Israel to proclaim “The kingdom of heaven is at hand” (Matt 10:7). But Jesus also speaks prophetically of His Second Coming and of the responsibility of those representing Him in the world.

“And you will be hated by all for My name’s sake. But he who endures to the end will be saved. When they persecute you in this city, flee to another. For assuredly, I say to you, you will not have gone through the cities of Israel before the Son of Man comes” (Matt 10:22-23).

“Whatever I tell you in the dark, speak in the light; and what you hear in the ear, preach on the housetops. And do not fear those who kill the body but cannot kill the soul. But rather fear Him who is able to destroy both soul and body in hell” (Matt 10:27-28).

“Also I say to you, whoever confesses Me before men, him the Son of Man also will confess before the angels of God” (Luke 12:8, emphasis added).

This certainly refers also to the Judgment Seat of Christ where our works will be evaluated. But our willingness to openly confess Christ before men relates directly to the privilege of reigning with Christ in His kingdom. The Apostle Paul states:

The Apostle John—who was listening when Jesus first spoke these words—also speaks of this evaluation:

Whoever confesses that Jesus is the Son of God, God abides in him, and he in God. And we have known and believed the love that God has for us. God is love, and he who abides in love abides in God, and God in him. Love has been perfected with us [apostles] in this: that we may have boldness in the day of judgment; because as He is, so are we in this world. There is no fear in love; but perfect love casts out fear, because fear involves torment. But he who fears has not been made perfect in love. We love Him because He first loved us (1 John 4:15-19).

“But woe to you, scribes and Pharisees, hypocrites! For you shut up the kingdom of heaven before men; for you neither go in yourselves, nor do you allow those who are entering to go in” (Matt 23:13, emphasis added).

This statement was spoken to the unbelieving Scribes and Pharisees who— actively before men—were preventing people from believing in Jesus. Note:

“Woe to you, scribes and Pharisees, hypocrites! For you travel land and sea to win one proselyte, and when he is won, you make him twice as much a son of hell as yourselves” (Matt 23:15).

“Serpents, brood of vipers! How can you escape the condemnation of hell?” (Matt 23:33).

They were going to face the Great White Throne Judgment (Rev 20:11-15) and be condemned forever in Hell. Preventing people from believing in Jesus would undoubtedly factor in the severity of their final judgment.

And we are to live exemplary lives without trying to be seen by people. But if we drive courteously, use language that is not salty, avoid complaining all the time, and live honestly, people will notice even though we are not doing these things for them to see us.

The key is to distinguish between 1 and 3. It is not always easy. For example:

1. Is it OK to have a short public prayer at a restaurant before you eat?

2. Is it better to pray silently before a public meal, or to pray with your eyes open?

3. Is it OK to announce at church, in order to encourage others to give, that you gave X dollars toward the building program? Or is that wrong?

4. Is it OK to mention to a friend—in order to affirm that you find the group helpful—that you help support a given parachurch group, yet without mentioning the amount?

I believe 1, 2, and 4 are all gray areas. Most likely your heart attitude is the key in such cases. In my estimation the third example is far less gray. Any time we announce how much we gave, we run the risk of violating what the Lord commanded in Matt 6:1-4.

So in light of these verses, the key question for me is: Am I living my life in light of the Judgment Seat of Christ that I might be richly rewarded at His coming and glorify Him wonderfully before men?