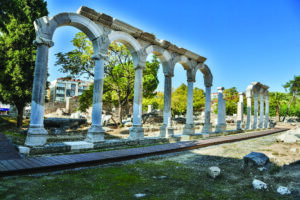 WHEN TEMPTED BY SEXUAL SIN: JUST SAY “NO!”

We live in a sex-crazed world. Giving in to the world’s sexual enticements will snuff out our spiritual fire. Sexual sin will pull us away from following Jesus. Heeding the message of the letter to Thyatira will help us arm ourselves against sexual temptation.

What happens to a believer who absorbs the world’s view of sex and acts upon it? What effect does it have on his or her fellowship with Christ? That’s an important matter that the Lord Jesus wants us to consider from the example of the church at Thyatira. The longest of the seven letters to the seven churches of Revelation was written to the church at Thyatira, the smallest of the seven cities, accentuating the importance of the message.

Thyatira was about forty miles inland from Pergamum. It was not a major city, but it was a significant center for craftspeople and labor guilds.

The Book of Acts mentioned someone who came from Thyatira. Lydia, a businesswoman who sold purple cloth, was from this city (see Acts 16:13-14). Thyatira was known for its weaving and dyeing, among other trades such as pottery and bronze work.

The trades were organized into guilds that controlled the economic activity of the city. These guilds or trade unions had patron gods. They observed regular feast days for these gods that involved promiscuous sexual activities. Abstention from the festivities of the guilds could jeopardize one’s livelihood.

The Lord presented Himself to this church as the divine Son of God who executed a searching judgment. He used terms that would have meaning to the craftspeople of Thyatira, especially to the smiths who worked with iron and bronze and fire.

Jesus stated that He was the Son of God. This identified Him as the divine Messiah who would one day rule the nations (see Ps 2:8-9 which is directly quoted in Rev 2:26-27).

Jesus had eyes of blazing fire. This depicted His piercing appraisal. The expression first appeared in Rev 1:14 and reappears in 19:12 in His climactic return. He searches the minds and hearts (v
23).

Jesus had feet of burnished bronze. This symbolized the judgment that was going to fall on those who did not repent.

PRAISE FOR THE CHURCH

Jesus knew what was good about the church at Thyatira, such as their love, service, faith, patience, and the increase in their works. This may have included their worship of God, the sharing of their faith, and their care for the poor, and so on. The people of the church likely would have felt good after hearing that. 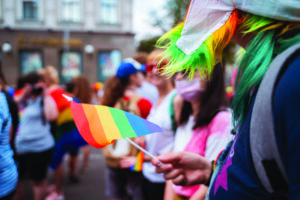 CRITICISM OF THE CHURCH

But there was a problem in Thyatira. A powerful woman in the church, symbolically called “Jezebel” (see 1 Kgs 16:31), had influence so great that she persuaded some of the believers to participate in the guild festivals, committing fornication and eating things sacrificed to idols (v 20). Good standing in the guilds may have been dependent on such participation. Just as the OT Jezebel, the pagan wife of King Ahab, led the Israelites astray, so this NT “Jezebel” was doing the same.

Jesus described her compromise with the socially acceptable immorality and idolatry of the times as plunging into the “depths of Satan.” This may be a reference to the idolatrous initiation secrets of the guilds inspired by Satan. “The depths of Satan” could contrast with what Paul in 1 Cor 2:10 calls “the deep things of God.”

Jesus had issued a call for repentance (v 21), but the door of opportunity was about to close. The toleration of error had a long history. “Jezebel” had no disposition to change. She would continue her course of action. Jesus would soon afflict this woman and those influenced by her with severe sickness (vv 22-23).

The temporal punishment would fit the sin—“Jezebel” had sinned on a bed of adultery, so she would be punished on a sickbed. Those who followed her in her immorality would also experience great tribulation. This is not a reference to the Great Tribulation (Matt 24:21) but to the severe, temporal discipline of sinning believers. Sin may land a believer onto a sickbed (1 Cor 11:30).

The initial tribulation for the followers of “Jezebel” was meant to elicit their repentance (v 22). A lack of repentance would lead to premature physical death (v 23). God sometimes disciplines His people with physical death. This happened with Ananias and Sapphira and the believers at Corinth (Acts 5:1-11; 1 Cor 11:29-30). This was meant as a warning to all the churches. Jesus would give to each one according to his deeds. No believer is exempt from the Lord’s discipline. If we sow to the flesh, we invite the Lord’s temporal judgment and loss of eternal reward; if we sow to the Spirit, we reap present spiritual well-being and eternal reward (Gal 6:7-8).

Jesus encouraged those who had not compromised to remain faithful (vv 24-25). We live in a sex-crazed world: hook-ups, affairs, prostitution, pornography, cybersex. Hold on to what you have in Christ. What we have as believers is better than what others are promising. Guard your purity. “Just say ‘No!’”

Jesus said, “I will put on you no other burden.” This recalls the words of the letter to the Gentiles in Acts 15:28-29. The primary requirement for our sanctification is that we abstain from sexual immorality (1 Thess 4:3).

Jesus continued, “[H]old fast what you have till I come.” That is, hold on to your love, faith, service, perseverance, and ever-increasing works. Hold on to these until Jesus returns. This could apply to the Rapture of the Church.

The overcomer is the one who keeps the work of Jesus to the end. Jesus promised the overcomer the privilege of ruling with Him over the nations and sharing in His royal splendor.

Jesus is going to come and rule the nations. Some believers of the church age will rule with Him, but not all. Only those who have earned that right by being faithful to the end of their lives, or until His coming for them at the Rapture of the Church, will have that right. Jesus will reward the faithful by making them rulers with Him.

The order of the promise to the overcomer and the general admonition to hear what the Spirit says to the churches is reversed in this and the three remaining letters as compared with the first three. A reason for this may be to connect the rewards closely with the commendable response to Christ.

What would Jesus say (WWJS) to the church tolerating immoral behavior? “Just say ‘No!’” The church at Thyatira, like the other six churches and the churches of today, should listen to the judgment of Jesus and heed the admonition of the Holy Spirit. Say “No!” to immorality and “Yes!” to holiness.