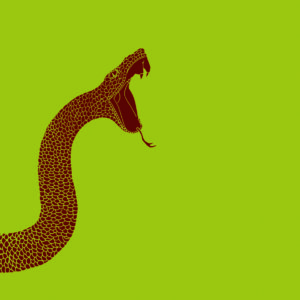 How starkly does the attitude of Jonathan towards David contrast with the attitude now seen in King Saul. Whenever God is at work, as He clearly was with David, Satan is also at work to oppose Him. And Satan finds his tools where he can—too often among the people of God! Such a tool comes into his hands in the person of Saul.

The King, whom we have seen to a be a regenerate man, now faces a crisis in his relationship with God. Samuel has already announced to him that the kingdom will be taken from him and given to “a neighbor of yours, who is better than you” (1 Sam 15:28). But Saul does not as yet know whom God has selected for this role. His most urgent necessity is to bow to God’s will and accept it, just as we too are called upon to accept whatever unpleasant things God’s wisdom may ordain for our lives. Those who fight with God in such matters are destined to lose the blessings that always attend submission to Him.

We have already seen that Saul suffered affliction from a “distressing Spirit” sent by God (1 Sam 16:14) and that his apparent periods of depression were relieved by the music that David played for him (16:23). As a result he, too, loved David (16:21), and had he maintained this love he might well have been able to accept God’s choice of David as his successor. But, regrettably, once the thought occurs to him that David might be the one to succeed him, this love is transformed into hatred.

This thought occurs to Saul almost immediately after the defeat of Goliath. As “they were coming home” from this victory, women came out from all the cities of Israel to celebrate the triumph with “singing and dancing” accompanied by “tambourines” and “musical instruments” (v 6). Among their songs are words that stir in Saul a spirit of jealousy, as the dancing women sing:

“Saul has slain his thousands, And David his ten thousands” (v 7).

It is a sad fact that when we are not close to God, a jealous spirit is easily aroused, even toward those to whom we may be greatly indebted. Saul owes to David not only the relief David’s music brings to him, but also the defeat of the Philistine forces that has just occurred. How easily a gracious attitude might have allowed him to say to himself, “David’s praise is well deserved!” Humility should also have moved him to say, “David accepted the fight that I should have waged with Goliath!”

But Saul says none of these things to himself. Instead, he is “very angry” and thinks, “They have ascribed to David ten thousands, and to me they have ascribed only thousands. Now what more can he have but the kingdom?” (18:8). The arrow of envy has now lodged in Saul’s heart, and so “he eyed David from that day forward” (v 9).

The NT exhorts us to take “the shield of faith with which you will be able to quench all the fiery darts of the wicked one” (Eph 6:16). And there is hardly any fiery dart in Satan’s arsenal more effective in igniting flames of hostility towards others than the fiery dart of envy itself. When the heart is unprotected by an attitude of faith, such darts often strike home with intense and consuming force.

How might Saul have quenched the dart that has now lodged in his heart? He might have done so by recognizing in faith that God has granted this victory to David and that God’s name has been honored by Israel’s triumph over an idolatrous enemy. He might have chosen to rejoice—as all Israel was rejoicing—in this grand event. Instead, whatever joy he might have felt is consumed like kindling wood by the fires of resentment and jealousy. But jealousy and resentment are always a spiritual trap for those who nurture them, and who fail to dismiss them with the nobler attitude that is the fruit of faith alone.

No wonder that it was nothing less than “on the next day that the distressing spirit from God came upon Saul” (v 10). Perhaps he brooded on the night following the victory and worried that David might be the one whom God had ordained to replace him on the throne of Israel. Whether he did or not, however, it is clear that the awakening of his animosity toward David is rapidly followed by an inward distress. Envy and hostility are always a path to crushing torment. To indulge these feelings is to invite spiritual and mental distress.

We are surprised to be told that in this psychological condition Saul “prophesied inside the house” (v 10). Saul had prophesied once before, following his anointing by Samuel, but on that occasion the prophecy is ascribed to the fact that “the Spirit of God came upon him” (see 1 Sam 10:10-13). However, we have already been told that “the Spirit of the Lord departed from Saul and a distressing spirit from the Lord troubled him” (16:14). Thus the prophesying by Saul in this text is not the work of the Spirit of God.

As the NT teaches us, prophecy can be the work of many other spirits who are quite distinct from the Holy Spirit himself (1 John 4:1-3). Even the demon-possessed little girl of Acts 16:16-19 was an effective financial tool in the hands of her masters until Paul cast out the demon. Nor is she lying when she proclaims: “These men are servants of the Most High God, who proclaim to us the way of salvation” (Acts 16:17). What exactly the distressing spirit“inspired” Saul to say in his prophecy we are not told. But it might well have been some truth pertaining to David since Satan at least knew of David’s anointing.

In any case, as David once again plays to relieve Saul from his distress, Saul takes the spear that is in his hand and hurls it at David (vv 10-11), who manages to avoid injury. This happens twice (v 11), whether on the same occasion, or also another, we are not told. All of this presents a marked breakdown in Saul’s condition, since the music that was designed to relieve his problem not only does not do so, but also fails to prevent this violent outburst.

Beyond doubt, when a failure to accept God’s will is accompanied by envy and hostility towards those who are obedient to that will, the result can hardly be anything less than rapid spiritual debasement. That such deterioration can then lead to outrageous acts directed toward the object of one’s hostility should be obvious. Indeed, the Apostle John equates hatred with murder when he writes, “Whoever hates his brother is a murderer” (1 John 3:15). The distance from the spirit of murder to the actions of a murderer is by no means as great as we might suppose. Saul has just attempted to murder David!

David’s escape from Saul twice now creates in Saul a spirit of fear. He senses the reality that “the Lord was with him [David], but had departed from” himself (v 12). This is a dreadful realization for a regenerate person to have—a sense of personal distance from the Lord, accompanied by the realization that the person he regards as his “rival” has God on his side. It thus becomes painful even to be in this person’s presence and so, not surprisingly, “Saul removed him [David] from his presence” and assigns him military tasks which take him out on the battlefield (v 13). Perhaps Saul even secretly hoped that David would fall in battle (see v 25), but instead David conducts himself “wisely,” and it becomes even more evident that “theLord was with him” (v 14).

How sad it is when a believer is so set in his personal animosity toward some other believer, that even evidence of God’s blessing on the target of this hatred only heightens the torment of the one who hates him. It is not for nothing that our Lord’s parable about the unforgiving servant ends with the words: “and his master was angry, and delivered him to the torturers [or, tormenters] until he should pay all that was owed him” (Matt 18:34). Even when there has been a real offense committed against us, the refusal to forgive leads to “torment.” How much more is this true when, as in the case of Saul, the supposed offense is rooted in our own selfish refusal to accept God’s will for ourselves and the other person!

Saul’s fear of David continues, therefore, even after he has been removed from his presence (v 15), while at the same time David grows in the esteem in which he is held by “all Israel and Judah” (v 16). The very task that Saul has assigned to David, which allows him to go out and come in before Israel, is an instrument in God’s hand to increase the public stature of His future king. In his fear-driven hatred, Saul only (and unintentionally) serves God’s purpose for David and at the same time carries out God’s will concerning the termination of Saul’s kingship. The irony is powerful.

Nor is it any different today. Even the opposition that a believer not in fellowship with the Lord shows toward a faithful Christian believer will only serve God’s purpose and glory in the very person he is opposing. To fight God’s will in our own lives, and to fight it in the lives of others, is to engage in a futile two front war which only brings about our own utter defeat.

The words of James are appropriate here:

Therefore submit to God, Resist the devil and he will flee from you. Cleanse your hands, you sinners, and purify your hearts, you double minded…Humble yourselves in the sight of the Lord, and He will lift you up (Jas 4:7-8, 10).

Hostility and resentment toward our Christian brothers and sisters are always useful tools for Satan to employ in our lives. He must be resisted by our complete submission to God and to God’s will. Only in such humility can God Himself lift us up.