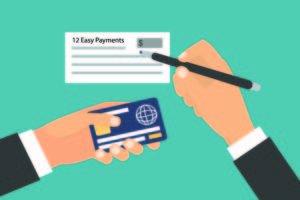 Many Bible teachers are fond of a saying that goes like this: “You are saved by faith alone, but the faith that saves is never alone.” Doesn’t that sound neat? It states a fundamental truth—that we are saved by faith alone—then turns around and states that while it is faith alone that saves us, that faith is never alone. This saying is used to teach the idea that if a person puts their faith in Jesus Christ, but doesn’t live a right kind of life, they aren’t saved. But wait a minute; let’s plug in our logical minds for a minute and see if this is really neat or nonsense.

The phrase, “You are saved by faith alone” is obviously true. Scripture repeatedly tells us that it is faith alone without works which saves (e.g., Eph 2:8-9). But what does the second phrase say? Incredibly it says exactly the opposite. We can paraphrase it this way: “Faith [in Christ] alone saves you, but if your faith [in Christ] is alone, it doesn’t save you.” This kind of illogical thinking allows some theologians to turn the truth of the gospel on its head and make salvation a result of faith plus good works.

In response, these teachers state that they do not mean faith + works = salvation, but rather faith = salvation + works. But the end result is the same. If I pay cash for a car and drive it home, it is no different than if I were to drive it home and pay for it over the next few years. It doesn’t matter when you pay—before or after you take possession. If you ever have to do good works to be saved, then salvation isn’t free, it’s something you earn.

The Apostle Paul knew this. That’s why he wrote, “To the one who does not work, but believes in Him who justifies the ungodly, his faith is reckoned as righteousness” (Rom 4:5).

*This article appeared in Grace in Focus in October of 1989.