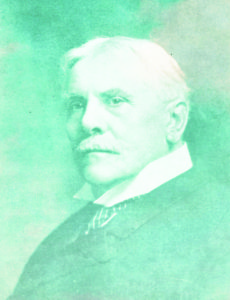 The New Testament Scriptures contain a doctrine of salvation for the lost and a doctrine of rewards for the faithful services of the saved. And it is of great importance to the right understanding of the Word that the student should clearly make the distinction between these. What that distinction is may be seen by carefully noting the following contrasts.

Salvation Is a Free Gift

“Jesus answered and said to her, ‘If you knew the gift of God, and who it is who says to you, “Give Me a drink,” you would have asked Him, and He would have given you living water’” (John 4:10, emphasis added).

“Ho! Everyone who thirsts, come to the waters; and you who have no money, come, buy and eat. Yes, come, buy wine and milk without money and without price” (Isa 55:1, emphasis added).

“For the wages of sin is death, but the gift of God is eternal life in Christ Jesus our Lord” (Rom 6:23, emphasis added).

“For by grace you have been saved through faith, and that not of yourselves; it is the gift of God, not of works, lest anyone should boast” (Eph 2:8-9, emphasis added).

Works Pleasing to God Shall Be Rewarded

In contrast with the freeness of eternal salvation, note that God rewards our works.

“And whoever gives one of these little ones only a cup of cold water in the name of a disciple, assuredly, I say to you, he shall by no means lose his reward” (Matt 10:42, emphasis added).

“I have fought the good fight, I have finished the race, I have kept the faith. Finally, there is laid up for me the crown of righteousness, which the Lord, the righteous Judge, will give to me on that Day, and not to me only but also to all who have loved His appearing” (2 Tim 4:7-8, emphasis added).

“And behold, I am coming quickly, and My reward is with Me, to give to every one according to his work” (Rev 22:12, emphasis added).

“Do you not know that those who run in a race all run, but one receives the prize? Run in such a way that you may obtain it. And everyone who competes for the prize is temperate in all things. Now they do it to obtain a perishable crown, but we for an imperishable crown” (1 Cor 9:24-25, emphasis added).

“And he said to him, ‘Well done, good servant; because you were faithful in a very little, have authority over ten cities’” (Luke 19:17, emphasis added).

“For no other foundation can anyone lay than that which is laid, which is Jesus Christ. Now if anyone builds on this foundation with gold, silver, precious stones, wood, hay, straw, each one’s work will become clear; for the Day will declare it, because it will be revealed by fire; and the fire will test each one’s work, of what sort it is. If anyone’s work which he has built on it endures, he will receive a reward. If anyone’s work is burned, he will suffer loss; but he himself will be saved, yet so as through fire (1 Cor 3:11-15, emphasis added).

“Do not fear any of those things which you are about to suffer. Indeed, the devil is about to throw some of you into prison, that you may be tested, and you will have tribulation ten days. Be faithful until death, and I will give you the crown of life” (Rev 2:10, emphasis added).

Salvation Is a Present Possession

The believer has eternal salvation the moment he believes in Jesus for everlasting life.

“He who believes in the Son has everlasting life; and he who does not believe the Son shall not see life, but the wrath of God abides on him” (John 3:36, emphasis added).

“Most assuredly, I say to you, he who hears My word and believes in Him who sent Me has everlasting life, and shall not come into judgment, but has passed from death into life” (John 5:24, emphasis added).

“Most assuredly, I say to you, he who believes in Me has everlasting life” (John 6:47, emphasis added).

“Who has saved us and called us with a holy calling, not according to our works, but according to His own purpose and grace which was given to us in Christ Jesus before time began” (2 Tim 1:9, emphasis added).

“Not by works of righteousness which we have done, but according to His mercy He saved us, through the washing of regeneration and renewing of the Holy Spirit” (Titus 3:5, emphasis added).

“And this is the testimony: that God has given us eternal life, and this life is in His Son” (1 John 5:11, emphasis added).

Rewards Are Bestowed in the Future

By contrast, rewards are not a present possession, but are to be given at a future time.

“For the Son of Man will come in the glory of His Father with His angels, and then He will reward each according to his works” (Matt 16:27, emphasis added).

“And you will be blessed, because they cannot repay you; for you shall be repaid at the resurrection of the just” (Luke 14:14, emphasis added).

“And behold, I am coming quickly, and My reward is with Me, to give to every one according to his work” (Rev 22:12, emphasis added).

“And when the Chief Shepherd appears, you will receive the crown of glory that does not fade away” (1 Pet 5:4, emphasis added).

“Finally, there is laid up for me the crown of righteousness, which the Lord, the righteous Judge, will give to me on that Day, and not to me only but also to all who have loved His appearing (2 Tim 4:8, emphasis added).

“After a long time the lord of those servants came and settled accounts with them” (Matt 25:19, emphasis added).

1. C. I. Scofield, Rightly Dividing the Word of Truth (1888), Chapter 9. This excerpt was edited by Shawn Lazar. The Scripture references were updated to the NKJV.

2. Editor’s note: This statement might merely refer to healing. However, many commentators speculate that the Lord may have a double meaning here. If so, then her faith not only resulted in her physical healing, but also in her gaining everlasting life. Scofield takes that view.