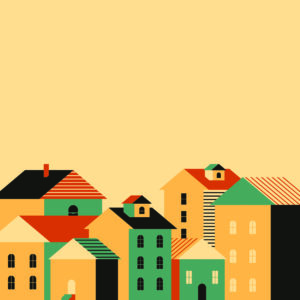 By Zane Hodges with Bob Wilkin1

16:1-2. Evidently Phoebe is the bearer of the letter from Paul to the Romans. The word translated a deaconess (diakonos) can also be translated a servant, an agent, or even a courier. At the least Paul means that Phoebe served well in the church in Cenchrea.

Paul wants the church to welcome her in the Lord in a way worthy of the saints. That is, they were to house her, feed her, show her warm hospitality, and send her on her way with provisions. They were to assist her in whatever matter she may need help from the believers in Rome. She deserves such treatment because she has proved to be a patroness [or, helper] to many and even to Paul.

16:3-5a. Paul in vv 3-16 is evidently listing every single house church or tenement church in the church of Rome in which he knows someone. Fifteen times he uses the verb “greet.” However, most likely there were more churches than that. The church in Rome, counting all its house and tenement churches, probably had fewer than 1,000 members.

The first people he mentions are Priscilla and Aquila, whom he calls my fellow workers in Christ Jesus. Paul commends them in that they risked their own necks for his life (Acts 19:23-40). Paul indicates that not only is he thankful for them, but so also are all the churches of the Gentiles.

That Paul tells the readers to greet the church that is in their house shows that there was more than one house church in Rome. The early church had no church buildings like we do today. All church meetings took place in homes or tenements until the third century or so.

Since Priscilla and Aquila are mentioned first, and since Paul refers to the church that is in their house, their church probably was the largest of the churches in Rome.

16:5b-9. Each time Paul says greet (vv 3-15), he is introducing a new house or tenement church. Epaenetus, mentioned only here in the NT, is identified as my beloved and as the firstfruits from Achaia for Christ. Paul means that he was either the very first believer in the region of Achaia, or at the least, one of the first (cf. 1 Cor 16:15).

Miriam (or Mary), whom Paul says has toiled much for us was likely Jewish.

Andronicus and Junia receive special commendation from Paul: they are highly regarded [or notable] among the apostles, which means they were well-regarded by the apostles. In other
words, the apostles had a very favorable opinion of these faithful servants of Christ. Paul uses his famous in Christ expression to indicate that they were born again before he was.

Paul refers to both Amplias and Stachys as my much-loved, a sort of generic expression of his affection for them (cf. v 5b). He refers to Urbanus as our fellow worker in Christ, which most likely signifies not that he served directly with Paul, but that Paul knew of his service for Christ and considered him an ally in ministry for Christ.

16:10-12. Paul says Apelles is an approved one in Christ. Christ’s approval is not something every believer will have (cf. 1 Cor 9:27; 2 Tim 2:15). We learn here that one can be in a current state of approval. If Apelles perseveres in his service for Christ, then he will remain approved and will receive Christ’s approval at His Judgment Seat.

Paul also greets two families or households, those of Aristobulus and of Narcissus. He does not say of either family what he said of Priscilla and Aquila in v 5: “Likewise greet the church that is in their house.” This suggests that these churches met not in homes, but in tenements.

Tryphena and Tryphosa are commended by Paul as those who have toiled in the Lord. These two women were probably sisters.

Another woman, Persis, is said to have toiled a lot in the Lord. While the addition of the words a lot might imply that Persis did more than Tryphena and Tryphosa, it seems more likely that Paul is simply varying his style in his brief comments about various people.

16:13-14. Paul says that Rufus is a chosen one in the Lord. Likely this is not a reference to election to some particular ministry, since no additional information is given. It means that Rufus is an outstanding person in Christ. This probably is the same Rufus whom Mark mentions in Mark 15:21.

That Paul refers to the mother of Rufus as also his own mother suggests that at some time she had displayed motherly affection and extended hospitality to Paul.

16:15-16. Philologus and Julia are probably husband and wife. Nereus and his sister might be their children. Olympas was another person in their house church, and so were all the saints who are with them.

Paul ends his greetings to individuals in the churches of Rome with a reminder of the love all churches have for them: The churches of Christ greet you. All churches are bound together since they all belong to and serve the Lord Jesus Christ.

16:17-18. Paul now turns to a significant closing concern. Unity is not to be maintained at the cost of truth. If people in a church cause divisions and snares that are contrary to the doctrine (or teaching) of the apostles, then the church should avoid them.

Divisive people like this may have smooth talk and flattery, but their message is false. These people do not serve our Lord Jesus Christ, but instead their own belly. That is, they are saying things that will bring them money so they can eat well. And with their false teaching they deceive the hearts of the unsuspecting.

Each church must protect its members by not allowing people with contrary teaching to spread their false doctrines. Doctrine matters and must not be overlooked.

16:19-20. The believers in Rome whom Paul is greeting are not like the divisive people about whom he is warning them. The report of the readers’ obedience has reached to all. That is, their godly behavior and sound doctrine are well known among all the Gentile churches. Thus, Paul rejoices over them.

Yet he still is concerned and wants them to be wise regarding what is good and innocent regarding what is evil. This describes what the role of elders in a local church should be. They ensure that sound doctrine is taught in the church.

The words, “now the God of peace shall crush Satan beneath your feet soon” allude to the protoevangelium in Gen 3:15. Paul is here referring to the Parousia. When Jesus returns, He will crush Satan under the feet of all believers. That the return of Jesus is soon is in keeping with the fact of imminency, which Jesus Himself taught (e.g., Matt 24:42-51; 25:13).

16:21. Timothy is Paul’s trusted aide whom he here calls my fellow worker. Lucius is probably not the Lucius of Acts 13:1. It is possible this could refer to Luke, the writer of Luke-Acts.

Jason is a common Jewish name often used as a substitute for Jesus (Acts 17:5-9). This may well be the Jason from Thessalonica mentioned in Acts 17:5-9. Sosipater is likely the same person who accompanied Paul to Asia and who is called “Sopater of Berea” in Acts 20:4.

16:22. Paul dictated this epistle to an amanuensis. Tertius here identifies himself as the one who wrote this epistle. He too sends his greeting.

The words in the Lord probably signify the importance of this letter and that Tertius realizes he has been used by the Lord in this endeavor.

16:23. Gaius was evidently a wealthy man as he was Paul’s host in Corinth as Paul wrote this letter and he was the host of the whole church (1 Cor 1:14).

The final greeting comes from Quartus, whom Paul simply calls a brother. He is not mentioned anywhere else in the NT.

With these words Paul’s grand letter to the Romans ends. The Critical Texts put three verses here, forming a sort of double ending to the letter. However, a double ending is not found in Paul’s other epistles and most manuscripts have those verses as the end of chap. 14. See the discussion at Rom 14:24-26.

Properly understood, this letter is not an evangelistic tract (e.g., the Romans road). Instead, it is a primer on deliverance from God’s temporal wrath by means of the gospel that Paul preached, the gospel of Christ (Rom 1:17).

Zane Hodges was a pastor, author, and professor of Greek at Dallas Theological Seminary.

1. Hodges died before writing the final two chapters of the commentary. Bob Wilkin wrote the commentary on Romans 15 and 16 using Hodges’s notes.