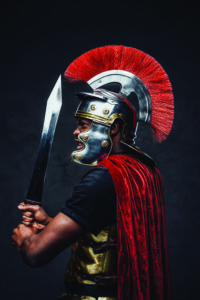 13:1. Paul begins by making clear that he conceives of no exceptions to what he is now saying (every person). The subjection enjoined here is based on the simple fact that there is no authority if it is not bestowed by God. God does not merely allow certain men to rule; He arranges it.

This point is now explicitly applied to the present situation. No one should attempt to divert the application to other times or circumstances. It is the present authorities that are established by God. This is true in our day as well.

13:2. Resistance to earthly authority is resistance to God Himself. Behind the emperor or the governor is the ordinance of God Himself who “appointed” these human authorities.

By the ordinance of God Paul refers to the God-ordained authority wielded by earthly officials.

Unless a law runs counter to a direct divine command, there is no Biblical authorization to disobey it (Acts 5:29). On the contrary, this passage commands obedience. Disobedience would result in judgment either from the secular ruler or from God, who is behind the authority.

The real way not to be afraid of the authority was to be a good citizen in every respect. A government is not normally in the habit of dealing out “judgment” to those who are good citizens. Instead such people are normally praised. 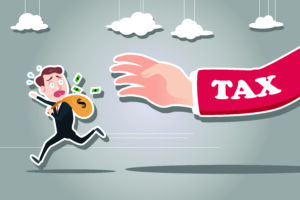 13:4. The civil ruler was God’s servant to them. Moreover, God’s “agent” was intended to produce what was good for the people, not evil. No doubt Paul has in mind the good order and societal tranquility which was a major function of government.

The one in authority is God’s servant, an avenger to bring wrath on the person who does evil. The word wrath (orgē) occurs a dozen times in Romans (twenty-one times in all of Paul’s letters). he pivotal nature of this word in Romans is signaled by its extensive treatment early in the main body of the epistle (1:18–2:5). Here Paul’s words are a warning that resistance to constituted authority would once again bring a believer within the range of God’s wrath, this time as conveyed through governmental authorities.

13:5. For Paul, because of the wrath as well as the conscience, the conclusion was obvious. If “the authorities that exist are established by God” (v 1) and “the person who resists” those authorities “resists the ordinance of God” (v 2), then a good conscience toward both God and men will naturally urge submission (cf. Acts 24:16).

13:6. The same reason for general submission applied to taxes. Tax collectors are referred to here as God’s ministers. It was certainly contrary to the general conception of tax collectors to regard them as ministers of divine things. Yet the civil ruler has a divine right of collecting taxes. To refuse to give these ministers their taxes, whether done overtly or covertly, was to refuse to give them what belonged to God.

The final words, who are devoted to this very thing, suggest that tax-collectors are engaged in a sacred duty.

13:7. No one should think that his duty is fulfilled if he pays just one kind of tax. What Paul seeks is a broad, general compliance that results in the Christian rendering to all what they are owed. Whatever the form of tax might be, a customs duty for example, the Christian should pay it.

Nor is this submission to taxation to be accompanied by a rude and abrasive manner, but with respect and honor. No required tax is to be neglected, no official given less than the deference he deserves.

13:8. From the responsibility not to owe unpaid taxes, Paul now proceeds to urge the payment of all debts (owe no one anything), except the one debt that can never be fully paid: to love one another.

Paul is obviously thinking here of love for other Christians as the words love one another show. It is significant that Paul here explicitly affirms that the one who loves another has fulfilled the law. Paul’s words here are very precise. When one treats another person with love, he is doing what the law requires. In so far as he treats a person that way, he has fulfilled the law as regards that person. But a broad fulfillment in all areas of conduct is impossible for a sinful human being and is not at all in view here.

13:9-10. The proof of Paul’s statement is extremely simple. The familiar commands notto “commit adultery,” not to “murder,” not to “steal,” or not to “covet” are all designed to prevent wrong treatment of another (“your neighbor”). They can therefore be summed up by the second of the two great commandments of the law, “You shall love your neighbor as yourself” (cf. Matt 22:34-40). One should note here that love (agapē) is not defined by feelings, but by actions. Love’s basic principle is that it does not produce what is bad for a neighbor.

13:11. Christians have a hope. Love is to be motivated by the realization that our final destiny is not far away. This meant that his readers already know the time.

In the phrase you know…that the hour for us to awake out of sleep is already here, Paul draws upon a familiar eschatological image, namely, that of the sleeper who is abruptly awakened by the unexpected arrival of prophesied events (Matt 24:43-44; Mark 13:35-36; Luke 21:36; 1 Thess 5:4-7).

13:12. The era of spiritual darkness (the night) is far along (has moved on) toward its consummation in a brand-new day when righteousness shall reign on earth. The result is that the day, the new era of God’s kingdom, has drawn that much nearer.

Christians should therefore “get dressed” for the arrival of the day. The image of dressing is conveyed by the Greek words for let us take off…and let us clothe ourselves…The Christian should not be caught wearing “night clothes,” that is, the works of the darkness. Instead he should dress himself in “day clothes,” or in an outfit that is suited for the arrival of the day and the light. Clearly Paul has conduct in mind.

13:13. Christians should therefore walk circumspectly, that is, in a morally decent and decorous way. This meant that they should avoid carousing and drunkenness.

Such things could lead to sexual misbehavior and licentiousness, which is crass immorality. Strife and jealousy also easily spring from such activity. Christians should avoid all this evil conduct.

13:14. Paul urges his readers to clothe themselves in the Lord Jesus Christ. Since for Paul “to live [was] Christ” (Phil 1:21), he obviously thinks that if Jesus Christ is manifest in a believer’s conduct that this is the essence of true Christian experience.

In addition, they should take no forethought for the desires of the flesh. The Christian is not to “set his mind” on the things of the flesh and thus pre-condition himself to fulfill its desires. He should take no forethought for that and instead cultivate a spiritual perspective by “putting on” the Lord Jesus Christ. His mental and moral focus should be on Jesus Christ.

Do Some Gospel Tracts Hinder People from Being Born Again?

Yesterday I worked out at my health club. After my workout I saw a tract sitting on the bench by the lockers. I was tempted...
November 29, 2022

Welcome to Grace in Focus radio. Today, Ken Yates and Bob Wilkin will look at a question about the word “Called” in Matthew 22 and...