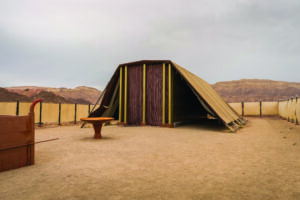 12:1. Paul has now reached the point where the practical implications of his theology can be spelled out as they relate to personal behavior. He appeals to the believing readers (I exhort you therefore, brothers) based upon the mercies of God (chaps. 9–11).

This leads to a call for a conscious religious orientation to life. Indeed, one might say the appeal evokes the image of a believer-priest through Paul’s use of the term service. This service exhorts the readers to present their bodies as a sacrifice that is living, holy, and pleasing to God (8:9-13). The entire life of Christian obedience can be a sacrifice to God.

12:2. If Christian living can be described as the presentation of a “living sacrifice,” the process involved in such living can be characterized as a process of transformation.

Romans 12:2 may be regarded as summarizing the fundamental methodology by means of which the sacrifice urged in v 1 can be carried out. The first point is a negative one. If Christian brothers are to make a living sacrifice of their bodies, they must not allow themselves to be conformed to this age. The second point is positive. They are to be transformed in order to experience the will of God. This is done by the renovation of your understanding, that is, by having a mind set on the Spirit (8:6).

Maintaining perspective on one’s role in the church (12:3-8)

12:3. This approach is evident here in Paul’s call to modesty, or proper perspective, regarding one’s own role in the Christian body (12:3-8). Paul’s admonition comes via (through) his own experience of the grace that has been given to him. Though he speaks as an Apostle (cf. 1:1), this is a role attained only through the grace of God.

Instead of aspiring beyond their actual capacity, believers should aspire to what is sensible. That is, they should aim for service in the church that conformed to their actual ability and gift.

12:4-5. A physical body has many members. This analogy should be applied, Paul says, to the Church. We should recognize the basic fact that we who are many in number are all a part of a single whole (one body in Christ) and therefore we are members who are part of one another.

If a believer “aspires” to some gift that God has in fact bestowed on another believer, rather than on himself, such an attitude fails to recognize the diversity in function which is inherent in the one body.

12:6-8. The premise on which the exhortation rests is stated clearly in the words since we have gifts differing according to the grace that has been given to us. Inasmuch as the functions of the members of the body are not identical, it follows that each person should apply himself to the exercise of his own gift.

It is noteworthy that Paul does not here include the term apostle among the gifts mentioned. There were no apostles in the Roman church, since this preeminent gift (1 Cor 12:28) was apparently a closed group among which only fourteen individuals can be identified with confidence (see Acts 1:13; 21:16; 14:14).

The one who possesses the gift of prophecy should exercise this gift in agreement with the faith, which refers to the body of teaching that is believed.

With the mention of the next gift, Paul alters his grammatical structure slightly and in my translation this is signaled by a period following “in service.” Paul also mentions the gifts of teaching and of being an exhorter, the latter would include the giving of comfort.

The giver should give with generosity is best understood as applicable to all who give, while the leader would include elders within the church. The one who shows mercy extends mercy to those whose circumstances are difficult or distressing.

12:9. The superlative Christian virtue is love and it should be sincere, that is, without hypocrisy. It will also be accompanied by true disgust with what is evil.

Instead, a Christian ought to cleave to what is good.

12:10. Genuine brotherly love should not be reduced to a mere superficial cordiality but involves a real feeling for the worth and welfare of our brothers and sisters in Christ.

Paul urges here that in regard to honor, the believer should be in the forefront of bestowing it on other believers. He should be a model by showing his fellow believers the path (way) to honor.

12:11. The Christian should be a person who takes his responsibilities very seriously (i.e., with diligence), especially in the church. And, Paul says, he should discharge his duties with commendable energy and effort.

Our spirit, i.e., our attitude, should be one of being zealous, which indicates a strong dedication to those responsibilities. This diligence and zeal should translate into genuine slave-service to the Lord.

12:12. To do slave-service to the Lord was to labor in hope of future glory and reward (Rom 8:17b; Col 3:24). However, rejoicing may often seem impossible in the face of earthly affliction. The Christian is called to endure (or bear up) in…affliction by persevering in prayer (in regard to prayer, we should persevere). The habit of persisting in prayer is valuable at all times, and especially in times of stress. The Christian should habitually persevere in prayer as a fundamental practice of his spiritual life (cf. 1 Thess 5:17).

The command to pursue hospitality is regarded as an appropriate Christian virtue not just here, but elsewhere in Paul’s letters and the rest of the NT (cf. 1 Tim 3:2; Titus 1:8; cf. also Heb 13:2; 1 Pet 4:9). In particular, Christians who traveled benefited from the hospitality of their fellow Christians since accommodations for travelers in the Empire were poor and often disreputable.

12:14. The command to bless those who persecute you…and do not curse is not exclusively applicable to our non-Christian relationships. Whenever we feel anyone is against us and seeking to harm us in some way (not necessarily physically), it is then we are tempted to use harsh and disparaging language either about them or to their face. We should wish such people well or express the hope that God’s goodness will be theirs (1 Pet 3:8-11).

12:15. The command to wish people well (“bless”) instead of wishing them ill (“curse”) that was given in v 14 is obviously reinforced by the commands of this verse. We could, in fact, express “blessing” with our lips and have little real concern for the person addressed (as so often happens). But here the command is to feel the feelings of others, that is, to possess true sympathy: rejoice with those who rejoice, and weep with those who weep.

12:16. To have the same aspirations for each other instructs us to desire that others should experience what we ourselves would like to experience. This contrasts sharply with what often actually happens in a church, where one’s own ambition is to “get ahead” of others. This is achievable if we do not aspire to high things. This aligns with the attitude about spiritual gifts (v 3).

Instead of unrealistically aiming for high things (status, reputation, etc.), we should instead associate with humble people.

Finally, Christians should not become wise in their own sight. Paul is here especially concerned with the “social climbers” who might be in the various Roman congregations. The effort of aiming after high things could lead easily to a self-presentation that stressed one’s own knowledge, skill, and insight to impress other people. This, says Paul, is not Christian behavior.

12:17. Paul says that believers are to repay no one with evil in return for evil. The impulse to get even is intrinsic to our sinful nature.

12:18. If we are not to return evil for evil received, and if we are to be careful how our actions are perceived by others, it follows that our real aim is, or should be, peace with all men to the extent to which we are able to achieve this. The Christian attitude should be: “I, for my part, have no hostility against him/her.”

12:19. Despite his best efforts, the believer will in all probability face injustice and undeserved mistreatment in one form or another (cf. 2 Tim 3:12). When this occurs, however, he must be careful not to take revenge.

Remarkably, when we decline to avenge ourselves, we leave room for the expression of God’s wrath toward the offending party. Our own ill-considered or inappropriate revenge can short-circuit what God would otherwise do Himself.

The Scripture itself declares (it is written) that vengeance, is a divine prerogative.

12:20-21. The Christian should meet the needs of a person who is hostile to him when the occasion presents itself (Prov 25:21-22). From the perspective of divine wisdom, acts of kindness to one’s enemy place that enemy in a more precarious position than would a refusal to assist him. In the light of v 19, and especially of the command to “leave room for wrath,” to perform such kindness to one’s foe is to “heap coals of fire on his head” and thus to augment divine wrath against him.

Vengeance is not our business but God’s. In fact, behaving in this way is ultimately a victory over evil: overcome evil with good.

Do Some Gospel Tracts Hinder People from Being Born Again?

Yesterday I worked out at my health club. After my workout I saw a tract sitting on the bench by the lockers. I was tempted...
November 29, 2022

Welcome to Grace in Focus radio. Today, Ken Yates and Bob Wilkin will look at a question about the word “Called” in Matthew 22 and...