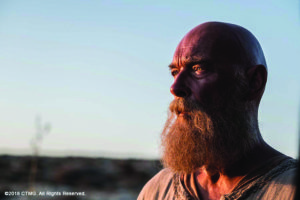 I recently saw Paul, the Apostle of Christ. I enjoyed the movie and would encourage any of my congregation, as well as anyone reading this review, to take the opportunity to view it.

Since this is a positive review, I’ll start with what I see as the strengths.

First is the decision to make the dramatization center around the final days of Paul’s life. Scripture does not contain much information about this time. This gap leaves the door open to reasonable license in telling Paul’s story. This may not seem an advantage to those who take the historical-grammatical interpretation of Scripture seriously, as I do. But from my perspective, since little is known about Paul’s last days, it permits creative dramatization without mangling Scripture—an offense many “Biblical” films have committed over the years.

Second, the film presents Christ as superior to every pagan sacrifice, religion, and god present in Rome. That is a very important point in our increasingly pluralistic environment.

Third, the unity of the body amidst intense persecution, as well as the individual’s responsibility to follow the leading of the Spirit in his response to any circumstance, are unmistakable themes throughout the film.

Fourth, martyrdom for the sake of Christ is seen as an honor. As Luke witnesses the martyrdom by fire of a believer known to him, he is silently admonished not to interfere.

Fifth, the film also supports a Free Grace perspective of Scripture. In Paul’s conversation with the Roman prefect, true to his Biblical writings, he presents salvation as a free gift and a universal offer on the basis of faith alone in Christ alone, regardless of past behavior. There is no ambiguity about the validity of one’s justification based on future performance.

Sixth, Paul is depicted as having a preeminent concern that Jesus Christ alone should receive glory, and not Paul himself. He even questions Luke’s desire to compose a record of his ministry. While this interchange is not recorded in Scripture, it seems consistent with the record of Paul’s own testimony.

Seventh, throughout the movie, Christ’s love, grace, and mercy are preeminent. Whether or not the viewer is persuaded that this indeed should be his view of Christ, it is unmistakable that it is Paul’s view and the view of the Roman believers.

The weaknesses are few and may be a matter of personal preference.

First, there are some social gospel overtones presented in the discussions between Priscilla and Aquila, demonstrated in her concern for the “darkness of the city of Rome”; this seems to pertain primarily to temporal issues.

Second, as someone pointed out to me, there are some instances in which Paul quotes himself. Bible students will recognize those quotes are anachronistic, in that Paul would have written those words earlier in his ministry. It would have been more consistent, perhaps, to include these as part of a flashback to Paul’s earlier ministry. However, I think it is reasonable that Paul may have quoted his writing back to himself, as encouragement in his times of persecution, and this may have been the movie’s intent.

Third, and finally, in the closing text, Paul is said to have established “Christian Communities” throughout the ancient world. While that word may be more amenable to the ears of many watching the movie, I believe it is warranted to distinguish the local church from other “communities” and would strongly prefer the Biblical vocabulary at that juncture.

Josh Meier is the pastor of El Paso Bible Church.

In Luke 5:27-31, the author records the calling of the tax collector Levi (Matthew) by the Lord to be one of His disciples. This offends...