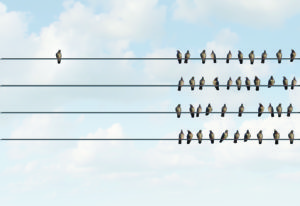 While I was teaching a ladies’ Bible study, the subject of repentance came up, and it became apparent that many assumed that repentance was a condition of eternal salvation—an idea I strongly denied. So I wanted to put down on paper why that was not true, and why believing in Jesus is the one and only condition to have everlasting life.

The word translated believe (pisteuō) is used over 240 times in the NT, 100 of which are in John. John very clearly links believing with eternal life.

Moreover, not once in the book of John are the words repent or repentance used. Not once! This is especially significant since the purpose of John’s Gospel is that we might believe and have eternal life (John 20:31). If repentance were a necessary part of obtaining eternal life, it would be a rather glaring error for John to leave it out.

Repentance for Remission of Sins?

Further, we know that John the Baptist preached the baptism of repentance for the remission of sins (Mark 1:4; Luke 3:3). Repentance is often linked in the NT with remission or forgiveness of sins.

We know that all Scripture is given by inspiration of God (2 Tim 3:16), therefore, the failure of repentance to appear in the book of John was not accidental. This indicates that repentance is not necessary for eternal life. A look at the use of the word repentance helps us understand what the purpose of repentance is.

While the roots of the Greek word metanoia refer to a “mind change,” a look at how the word is used in Scripture indicates that it is actually a turning from sin.

In Luke 13:3 Jesus says to a group of people, “I tell you, no, but unless you repent, you will all perish in the same way.” The ISV translates perish as die, which fits with the context. Jesus was recounting the death of the Galileans whose blood had been mingled with sacrifices and then the death of eighteen as a result of a tower falling on them. In this passage repentance would result in avoiding physical death.

This is consistent with the OT view of repentance. We see in Jonah how the Ninevites “turned” (Hebrew word shub), which can be translated repent, and as a result they were spared from physical destruction or death (Jonah 3:10).

Another instance of shub, consistent with the concept of repentance resulting in forgiveness, is found in 2 Chron 7:14, “if my people, who are called by my name, will humble themselves, pray, seek my face, and turn [shub] from their wicked ways; then I will hear from heaven, will forgive their sin, and will heal their land.” Repentance was a turning from sin, and was necessary for forgiveness, and it often resulted in avoiding destruction, death, or other physical consequences.

In Acts 2:37-38 we see the response to Peter’s sermon. Those who heard it were “pricked in their heart.” In other words, they realized what they had done (i.e., that they had killed the Messiah). This would only prick their heart if they had changed their mind as to who Jesus was. However, when they asked what to do, Peter said they should repent and be baptized in the name of Jesus for the remission of sins. They had already changed their mind and believed Jesus was the Messiah. Their repentance wasn’t necessary for eternal life but it was necessary to avoid or mitigate the temporal consequences for their actions.

It is interesting to see that the number who repented and were baptized was three thousand. Sadly, many more than three thousand of Peter’s generation would perish in the destruction of Jerusalem in AD 70.

In conclusion, repentance is not a change of mind, but rather a turning away or turning around. 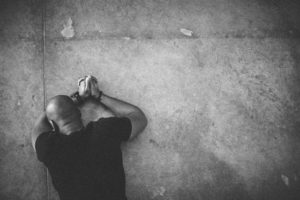 Why Should We Repent?

As we just saw, the Jews understood what John the Baptist meant when he was preaching repentance for the remission of sins. John the Baptist tells us why he baptized: “for this reason I came baptizing in water: that he [Messiah] would be revealed to Israel” (John 1:31). The Baptist wasn’t preaching repentance and baptizing so they could have eternal life, but to prepare the way, so that the Messiah would be revealed to Israel. He understood that repentance wasn’t necessary for eternal life. In fact, he recognized Jesus as the “Lamb of God, who takes away the sin of the world” (John 1:29). The Baptist also clearly stated, “One who believes in the Son has eternal life, but one who disobeys the Son won’t see life, but the wrath of God remains on him” (John 3:36).

While John the Apostle fails to discuss the topic of remission/forgiveness of sins in his Gospel, a look at his other writings sheds light on the subject. For example, in 1 John 1:9, speaking to believers, John states, “If we confess our sins, he is faithful and righteous to forgive us our sins, and to cleanse us from all unrighteousness.” In other words confession/repentance for remission or forgiveness is not something that we only have to do once. It is something that we have to do in order to receive forgiveness and to help mitigate the consequences of our actions. By contrast, if we believe we have eternal life. It is once for all, it is not something we have to strive to keep, or have to do numerous times.

If repentance is not required for eternal life, why are we told that “repentance and remission of sins should be preached in his name to all the nations, beginning at Jerusalem” (Luke 24:47)? That commission is consistent with the one Jesus gave at the end of Matthew: “Go and make disciples of all nations, baptizing them in the name of the Father and of the Son and of the Holy Spirit, teaching them to observe all things that I commanded you” (Matt 28:19-20).

Our commission is not merely to bring people to eternal life, but to make disciples. If we stop once we have brought people to a belief in Jesus as Messiah then we have failed to do what we were called to do.

On the other hand, we need to understand that, as discussed above, repentance is not required for eternal life. If we use this passage to say it is a requirement, we would also have to add baptism to the list.

Concerning the passage in Acts 26, Paul indicates that he was called to teach repentance:

“Therefore, King Agrippa, I was not disobedient to the heavenly vision, but declared first to them of Damascus, at Jerusalem, and throughout all the country of Judea, and also to the Gentiles, that they should repent and turn to God, doing works worthy of repentance” (Acts 26:19-20, emphasis added).

The word translated works is the same word Paul uses in Rom 3:28, “We maintain therefore that a man is justified by faith apart from the works of the law.” For Paul to preach that repentance and works were necessary for eternal life in Acts would completely contradict what he writes in Romans, that works are not necessary.

However, Paul recognized that he was called to make disciples and was preaching a message of repentance to believers. This fits perfectly with the rest of Paul’s writings to different groups of believers that they be who they were called to be in Christ.

What Is Repentance Good For?

Scripture shows that repentance is more than a change of mind, but is a turning around or change of direction. To add repentance to belief as a condition of eternal salvation is to add works to faith. That would contradict both Paul and John who clearly teach that eternal salvation is by faith, apart from works. What, then, is repentance for? While it is not required for eternal life, it does have benefits for both unbelievers and believers, and plays an important role in making disciples.

Leilani Matlack lives in Benbrook, TX with her husband Rob and home schools their four children. She is a graduate of Oak Brook College of Law.