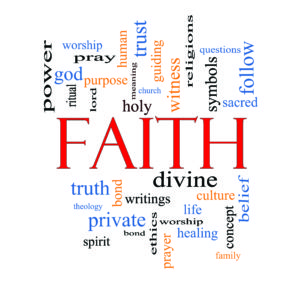 It is a bit surprising, in light of how often people say that repentance and faith go hand in hand, to discover that they are only found together four times in the NT.

The words believe (pisteuō) and faith (pistis) occur 266 and 299 times respectively in the NT. That is over 560 uses. Yet the words repent (metanoeō) and repentance (metanoia) occur only 55 times.

It is obvious that faith/believing is much more important as a theme than is repentance, occurring over ten times more often.

If these two ideas were either identical or two sides of the same coin you would expect them to occur together all the time. But they rarely do.

Here are the four places in which they occur together:

Then Paul said, “John indeed baptized with a baptism of repentance, saying to the people that they should believe on Him who would come after him, that is, on Christ Jesus” (Acts 19:4).

You know, from the first day that I came to Asia, in what manner I always lived among you, serving the Lord with all humility, with many tears and trials which happened to me by the plotting of the Jews; how I kept back nothing that was helpful, but proclaimed it to you, and taught you publicly and from house to house, testifying to Jews, and also to Greeks, repentance toward God and faith toward our Lord Jesus Christ (Acts 20:18-21).

Therefore, leaving the discussion of the elementary principles of Christ, let us go on to perfection, not laying again the foundation of repentance from dead works and of faith toward God… (Heb 6:1).

Are These Contexts Evangelistic?

Another thing that hit me about these four passages is that all are in a Jewish context.

In Mark 1:15—the only use of these words together in the Gospels—the Lord Jesus called for His people, the Jews, to repent of their sins and to believe in the good news that the kingdom of God was near (Mark 1:14). If that generation of Jews had repented and believed in Jesus, then the kingdom would have come by A.D. 40. (i.e., seven years after Jesus’ resurrection).

In Acts 19, Paul met a group of believers who had never heard of the Holy Spirit and had only been baptized into John’s baptism (Acts 19:1-3). Paul then explained that John’s baptism of repentance was meant to lead the Jewish people to believe in Jesus Christ (Acts 19:4).

The third occurrence together is in Acts 20:21. Paul was speaking to the elders from Ephesus in Miletus while he was on his way to Jerusalem. Paul recounts to them the ministry he had among them. He preached to Jews and Gentiles repentance toward God (the Father) and faith toward the Lord Jesus Christ (the Son). Of the four uses, this is the only one which is not strictly a Jewish context.

The final time these two words occur together is in the letter to the Hebrews. In Heb 6:1 the author speaks of “the foundation of repentance from dead works and of faith toward God.”

Clearly Heb 6:1 and Acts 19:4 are not evangelistic contexts.

Mark 1:14-15 is a national call to repentance and to faith, but not faith in Christ per se, but in the fact that the kingdom was near. The issue there is whether the kingdom would come for that generation of Jews.

First, it should be noted that repentance and faith are not used synonymously in any of the four times they are found together.

Although many people assume otherwise, repentance and faith do not mean the same thing.

Second, repentance and faith are not inseparable concepts. Repenting from sins is one thing. Faith in God’s promises is another. You can call someone to faith, without also calling them to repent, and vice versa.

As we seek to understand the true nature of faith and repentance, let’s repent of our unbiblical assumptions and believe the evidence of God’s Word.