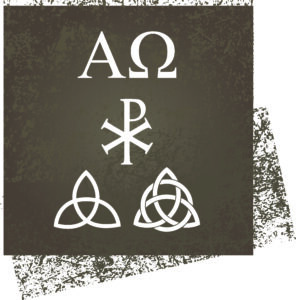 The word radical is overused, but if it fits anything, I think it fits the first three verses of John’s Gospel. Why? As David Ford says, “It is a daring, innovative account of God and all reality” (Ford, The Gospel of John, p. 25).

These verses will challenge what you think about everything, including Jesus.

In the beginning. There is no mistaking the opening lines of Genesis. Why did John choose to begin his Gospel with those famous words?

Since John began his book by quoting the first words of Genesis, In the beginning, there can be little doubt his readers would immediately remember the famous words of the creation story:

In the beginning God created the heavens and the earth. The earth was without form, and void; and darkness was on the face of the deep. And the Spirit of God was hovering over the face of the waters. Then God said, “Let there be light”; and there was light. And God saw the light, that it was good; and God divided the light from the darkness. God called the light Day, and the darkness He called Night. So the evening and the morning were the first day (Gen 1:1-5).

Just as Moses began with God’s speaking, so does John. In the beginning was the Word. The Greek is logos which can mean “word, saying,” “speech in progress” (MM, p. 379), or “a communication whereby the mind finds expression” (BDAG, p. 599).

The Word was in the beginning. Notice that John does not tell us that the Word came into being the way he will later tell us the Word became flesh. No, in the beginning the Word already was, which means He pre-existed the creation of the world.

John’s claim is all the more striking because there was a rabbinic teaching that Wisdom was created at the beginning: “Before all other things wisdom was created” (Sirach 1:4). But for John, the Word was not created, nor did He come into being, but He already was.

Have you ever thought about what it would mean for God to speak? If you were to draw a strict division between Creator and creation, where would you put God’s words? John has an answer.

The Word was with God. To say the Word was with God means He was not exactly identical to God. You cannot be with someone you are completely identical to. There is a difference between God and the Word, though John does not explain what that difference is. Later in the Gospel, as you see how Jesus interacts with the Father, you get the impression that we are evidently dealing
with two Persons. But does that mean we are dealing with two Gods?

While the Word was with God, suggesting a distinction, the Word also was God. John used the word theos without the article, which means it could be indefinite (“a god”), definite (“the God”), or qualitative (“deity”). Daniel Wallace thinks the qualitative meaning is the most likely of the three options. In other words, the Word was with God because they are distinct persons, and yet the Word was fully divine. As Wallace says, “The construction the evangelist chose to express this idea was the most concise way he could have stated that the Word was God and yet was distinct from the Father” (Wallace, Greek Grammar, p. 269).

During His ministry, Jesus said and did things that made people question Who He was. This is especially emphasized in John’s Gospel, where the Evangelist notes that even His enemies realized that He claimed to be “equal with God” (John 5:18) and to “make Yourself God” (John 10:33). Near the end of the Gospel, doubting Thomas finally makes the extraordinary confession, “My Lord and my God!” (John 20:28). That theme is already evident in v 1.

Have you ever wondered why Christians came to believe in the Trinity? It is because of verses such as this, where John introduced plurality into the Godhead and radically changed our understanding of God. Instead of a simple monotheism, John helped us to see that we cannot properly understand God without Jesus Christ, because Jesus is the Word and the Word is God.

AN INNOVATIVE VIEW OF CREATION (VV 2-3)

The Word was in the beginning with God. God is eternal, and so is the Word. We know He existed before creation because all things, whether the heavens or the earth, came into being through Him.

The fact that all things were created through the Word emphasizes the deity of the Word, for Who else but God can create all things?

The Word was God’s agent in creation. In other words, God did not create things directly, as it were, but mediately, through His Word. That is what Moses already revealed, but John highlights how important that is.

The Word’s supremacy over creation is evident from the fact that apart from Him nothing came into being that has come into being. Everything came into being through the Word, whether the material universe or, as Paul later says, “thrones, or dominions, or rulers, or authorities—all things have been created through Him and for Him” (Col 1:15-16). Reality is not religiously neutral. All the facts of creation point back to their Creator, Who is the Word.

And that not only has a radical implication for reality but for truth itself. If truth is correspondence to reality, and all of reality is Christocentric, then truth itself must ultimately correspond to Him. It all traces back to Jesus. All of it.

So in a few terse verses, John has wholly upended our ideas about reality.

People often think of Jesus as a great moral teacher, and He certainly was. But if you take the first few verses of John seriously, you must conclude that Jesus is far greater than a moral teacher. As Eaton says, “He is the most extraordinary person, far beyond anything we could ever imagine” (Eaton, Branch Commentary, p. 259).

He is the beginning and the end. He is the truth at the heart of all reality, including the reality of God. He is so extraordinary, that everything from Creator to creation is Christocentric.

Shawn Lazar is Director of Publications for Grace Evangelical Society. He is happily married to Abby, and tries to impart a Christ-centered worldview to his three children.