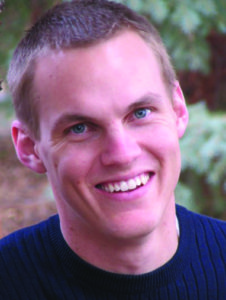 David Platt, author of Radical: Taking Back Your Faith from the American Dream, has been appointed the President of the Southern Baptist Convention’s International Mission Board.

Platt will lead the SBC’s mission to take the gospel to the lost. The question is, what “gospel” will he preach?

In the first chapter of his book, Follow Me, Platt related a conversation he had with a Muslim woman who asked, “How do I become a Christian?” According to Platt, he had two options. First, he could have told her to: “simply assent to certain truths and repeat a particular prayer” (p. 2). Or second, he could have told her what he considers to be the “truth,” namely, that “in the gospel, God is calling her to die.” This includes “literally” dying to her family, friends, and future (p. 2).

It is disturbing that Platt told the woman she had to “die” (i.e., do works) to be saved, instead of telling her that Jesus died in her place, so that if she believes in Him for everlasting life she will have it and will never perish (John 3:16).

In fact, in an extremely troubling part of his book, Platt explains John 3:16 and similar passages this way:

Based on these passages, you might conclude that believing in Jesus is all that’s involved in becoming or being a Christian. This is absolutely true, but we must consider context in order to understand what the Bible means by belief. When Jesus calls Nicodemus to believe in him, he is calling Nicodemus to be born again—to begin an entirely new life devoted to following him (Platt, Follow Me, 15, emphasis added).

So, for Platt, belief actually means a life of works. So much for Paul’s arguments that we are justified by faith apart from works.

Unfortunately, Platt doesn’t seem to recognize the difference between salvation and discipleship. He takes all the verses that describe how a born-again person should live, and turns them into conditions for being born-again. He puts the cart before the horse. This serious confusion leads Platt to teach a gospel of salvation by works, a fact that has been noted by others (see Philip Cary, “Stay Put and Build,” Christianity Today, Oct 2014, p. 68).

Please pray that Platt will learn to distinguish between salvation and discipleship and that the Southern Baptist Convention’s International Mission Board will endorse a clear gospel message, so that the next time someone asks a Southern Baptist missionary how to become a Christian, they will point them to Christ’s promise of eternal life and not to their own “radical” efforts.