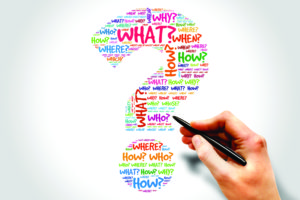 According to 1 John 3:23, must Christians love one another to be saved?

Some think 1 John teaches that we must behave a certain way to be saved, or at least to prove we are saved. For example, they say if we don’t love other Christians, then we are not truly born-again.

That interpretation misses the point of 1 John. It is not about giving us tests of life, but tests of fellowship. The purpose of 1 John is to see if we are in fellowship with God and His Son Jesus Christ. John makes that purpose clear right at the beginning (1 John 1:1-4). In 1 John 3:23, we are commanded to love. In the very next verse (v 24), John explains why—so we can abide in Him.

What does repentance mean in 1 John 1:9? And is it talking to unbelievers?

Technically, the word repentance does not occur in this verse. John tells his readers that they need to confess their sin. Those are two different actions.

Confession means agreeing with God that you have sinned.

To answer your other question, John is addressing believers. When you walk in the light of God’s Word (the context of this verse) that Word exposes the believer’s sin. At that moment, he should confess it and not deny that it is sin. This is the only way that fellowship with God can take place.

First John 2:17-23 seems to suggest that all believers will persevere in faith. I agree with Bob Wilkin’s interpretation of the parable of the four soils which shows that is not true, but this passage seems to contradict that. Could you explain what it means?

In this passage, John is talking about the false teachers that were impacting his readers. They claimed to have the authority and the backing of the Apostles. Yet, John points out that if they had, they would not have separated from them. This does not state they were separated from Christ or any such things.

The same could be true for a believer. He could be a teacher and believe in orthodox doctrine. However, he could later abandon that doctrine, separate from an orthodox church, and teach heresy. Church history is full of such people. First Timothy 1:20-21 is a NT example of such believers.

In summary, this verse is not teaching perseverance in the faith. It is saying that if a teacher upholds the authority of orthodox apostolic teaching he will remain in that teaching and not go out and teach contrary to what the Apostles taught (this is true for a believer or unbeliever).

To Believers or Unbelievers?

Your ‘gospel’ is really no gospel at all. The gospel message is for unbelievers and yet you quote verses from letters that are clearly written to the saints. Saints are those who have received salvation. Romans 10:9, Eph 2:8-9, and 1 Corinthians 15 are all Scriptures written to the saints and have nothing to do with attaining salvation. Acts 2:38 is the gospel. Peter preached: “Repent, be baptized for the forgiveness of sins and receive the Holy Spirit.” The result: 3,000 came to faith in Jesus Christ were baptized (same day) and received the Holy Spirit. The Scriptures that you use for salvation don’t produce any converts.

Free Grace folk agree that almost all the books of the NT were written to believers. I’ll briefly address each of the verses you mention.

Many Free Grace folk would agree that the confession of the mouth in Rom 10:9 is directed towards believers, but the salvation is from God’s temporal wrath, not from hell.

There is some disagreement about 1 Corinthians 15, but many would agree that the “gospel” there also is directed towards believers. It concerns their sanctification or overall spiritual health, not being saved from hell.

In Eph 2:8, Paul explained to Jewish and Gentile believers what happened when they received eternal life. He told them they were saved by grace when they were unbelievers. Though not written to unbelievers, this verse can be applied to them evangelistically.

You say Acts 2:38 is the saving message for today. By contrast, Free Grace folk would argue it is best understood in a Dispensational sense. Peter was talking to Jewish Christians who believed (v 37). In v 38 he specifically addresses the Jewish people who crucified Christ who now believe the gospel. The salvation and forgiveness there are not eternal. Peter is telling them that in order to have fellowship with God and to avoid His discipline in this life (in AD 70?) these believers needed to be baptized and repent. So, many did.

Not Everyone Who Says “Lord”

I have a friend who is very worried over Matt 7:22. How can he have assurance in light of Jesus’ statement that not everyone who calls him “Lord” will enter the kingdom?

Matthew 7:22 is often taken to mean that if you are a true Christian you will have good works. However, it is clear from the context that that is not what is going on.

Matt 7:15 tells us that Jesus was talking about false prophets, not false believers. And how do we tell if a prophet is false? Not by his works, but by his words. His message and words are the bad fruit that Jesus refers to in vv 17-18 (cf. Matt 12:33).

So in what sense have they not done the will of the Father (v 21)? These false teachers claim to have done good works (7:22). That is the basis of their appeal. But the Father’s will is not to do good works, but that you believe in Jesus Christ for eternal life (see John 6:40). The false prophets have not done that. They are unregenerate. They act like Christians, but have never believed the saving message. They call Jesus Lord, but He never knew them, because they never believed.

In summary, Matt 7:22 is not telling us that we can look at our works to see if we are truly saved. Instead, it is saying that many people who have professed that Jesus is Lord, and who have attempted to live for Him, have never actually believed in Him for eternal life. Instead, they attempted to earn eternal life by doing good works and have taught others the same. Instead of spending eternity with the Lord, they will be told to depart. 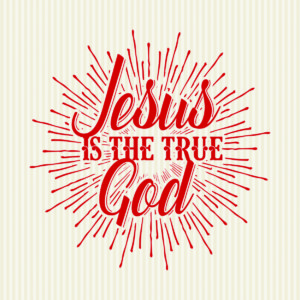 Begun in the Spirit

What is Gal 3:4 saying? Is the suffering in vain because they will lose their salvation?

I think the key is v 3. The two verses say this: “Are ye so foolish? Having begun in the Spirit, are ye now made perfect by the flesh? Have ye suffered so many things in vain? If it be yet in vain.”

Some Galatians thought that spiritual maturity comes through keeping the Law. They had begun the Christian life by the Spirit and started living by the Spirit. But now, they were turning back to the Law. If they did, their struggles in the Christian life would have been in vain. They would not reach spiritual maturity that way. Thus, they would waste their labor up to that point.

God in the Flesh

I want to start by saying I appreciate and enjoy the YouTube videos you guys do. They helped me out a lot this past year.

I was wondering if you’d would be able to help me out with a question about salvation.

I got saved back in May of 2007. However I’ve been doubting my salvation for a while now and the anxiety and the worrying is killing me to the point of making me physically sick, and very depressed.

When I first heard of the gospel I asked more questions about it, and my friend led me to Christ back in ‘07 in my school cafeteria.

When I got saved I believed Jesus is the Son of God, and I believed in His death, burial, and resurrection. The problem is I didn’t realize at the time that Jesus is God in the flesh. I believe and understand that now, of course, but didn’t believe it at the time because I didn’t understand it. I believed Jesus was God’s Son and He died for my sins. I just didn’t realize when I got saved that He is God in the flesh. Does that mean I wasn’t saved back then? Please get back to me as soon as possible. There’s no worse fear than thinking you’re not one of God’s children.

Thanks so much for your great question. Not having assurance of salvation is indeed a horrible state to be in. To answer your question, one receives eternal life when he believes that Jesus guarantees it to all who believe in Him for that gift (John 3:16, 36; 5:24; 6:47). The other things that you believe about Him—His death, burial, resurrection, deity, and so on—are reasons why you believe in Him for eternal life.

My guess is that very, very few people who have believed in Jesus for eternal life have a correct understanding of many truths about Him, including His deity. It took 400 years of church history to come to preliminary conclusions about that. Certainly, children who believe do not understand all these things.

The bottom line is, if you knew that you had eternal life when you believed in Jesus for it, you were eternally saved at that moment. Now that you know Jesus is God in the flesh, you have even more reason to believe in Him for eternal life. And, quite frankly, you will spend the rest of your Christian walk coming to learn more about Him.

Got questions? Send them to questions@faithalone.org.