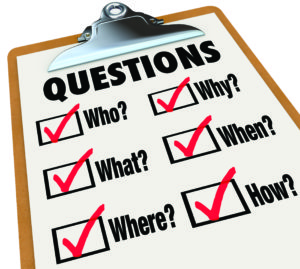 How Does the Work of Christ Relate To His Person and His Promise?

Question: I watched some of the videos on your site, but I am still confused about what I have to do to be saved.

I am confused about what the work of Christ has to do with my salvation. I heard someone say in your video that Christ died for all sins of all people of all time. But wouldn’t that mean that everyone goes to heaven then? But your site says that everyone won’t go to heaven even though Christ died for all their sins. What then do I have to do to be saved? I am super confused and worried that I’m going to go to hell.

The gospel is so mind-blowingly confusing to me, I have tried to understand it for 3 years, and still don’t. My life has been pure torment because of the confusion. I wish someone could explain the gospel to me so that I understand it once and for all.

I’m really confused about how Christ saved us, and what faith has to do with it. Why require faith if He forgave all our sins already? —Y, email

Answer: You have asked several questions.

First, by His shed blood the Lord Jesus “took away the sin of the world” (John 1:29). That simply means no one will be condemned because of his sin. Rather, people are condemned because they have not believed in Jesus for eternal life and hence is not in the Book of Life (John 3:18; Rev 20:15).

Fourth, what we believe Him for is what He promised: everlasting life that cannot be lost.

Do you believe in Jesus?

If you say, “Well, I believe He died on the cross for my sins and rose again, but I don’t believe I have everlasting life that can never be lost,” then you do not currently believe the promise of John 3:16. It’s odd that anyone could believe that Jesus died on the cross for his sins and rose bodily from the dead, and yet not believe that simply by faith in Him he has everlasting life. Yet what you express in terms of doubt is what plagues most people in Christianity today.

We just need to believe Jesus that when we believe in Him we have everlasting life. His shed blood and bodily resurrection prove that is true. It really is that simple.

Jesus does not promise wealth, health, long life, a happy marriage, a nice house, or anything like that for the one who believes in Him.

I hope that helps. —Bob

Follow Up Question: Correct me if I’m wrong. If I simply believe that Jesus is who He said He is (the Christ, the Messiah, the Son of God), then Jesus guarantees that I have eternal life? Is that what it means to believe in Jesus?

I really appreciate your input!—Y, email

Follow Up Answer: Yes, as long as you believe that in the Biblical sense.

Compare John 11:25-27. That is the only other exact use of that expression. In those verses, to believe that Jesus is the Christ, the Son of God is to believe that He guarantees everlasting life that cannot be lost (v 26) and bodily resurrection into His kingdom (v 25) to all who simply believe in Him.

Compare also 1 John 5:1. There we find the same idea. To believe that Jesus is the Christ is to believe He guarantees the eternal destiny of all who simply believe in Him. —Bob

Question: I read your article “A Slippery Slope: Repentance and Everlasting Life.” Glad to see someone take on the misconceptions people have about repentance.

One of the most common errors I hear about repentance is that it means to feel sorry for your sins.

On 1080 AM in Miami, one preacher said on his radio show not long ago, when asked “what is repentance?” that it means to feel sorry for your sins.

I would like to point out one inaccurate statement in your article, “Every single reference to repentance in the Bible refers to turning from one’s sins.” But in Hebrews 12:17 the word repentance (metanoia) can only be understood to mean “to change one’s mind.” In this verse, it is not Esau who refuses to repent, but Isaac. Isaac is not refusing to repent of a particular sin. He is refusing to change his mind about giving Jacob the birthright. If Isaac was to repent (change his mind) and give Esau the birthright, he would be in opposition to the will of God, since it was ultimately God’s will to have Jacob receive the birthright. —T, email

Answer: Thanks for the encouraging feedback.

You make several good points about Heb 12:17. Esau found no place for repentance. I take that to mean that no amount of turning from his former sin of despising his birthright would change his father’s mind. Repentance there could mean “no place for changing his [or his father’s] mind” if that is what metanoia means. It could also mean “no opportunity to turn from his sin” (with the result that his father’s mind would change). The latter is the sense of metanoia there if it means turning from sin. Whatever is intended, this one is rather unique.

Remember the Ninevites in Jonah 3. They repented even though they did not know if it would work. It did. That is, they found a place for repentance.

What Do I Tell a Believer Living With His Girlfriend?

Question: My brother has been living with his girlfriend for nearly 2 years. They aren’t engaged and so far as I’m aware, have no plans to marry. I’m not even sure if he loves her. Neither of them are believers. But then, a few weeks ago he told me he believed in Jesus. We talked about it for a while and I think he understood Jesus’ promise of eternal life and believed it, which is amazing. But now I’m not too sure about what to say about his living situation. Do I tell him about sexual purity? Do I encourage him to marry his girlfriend? Or, since he’s a believer, should I tell him about God’s command for people not to be unequally yoked, and that if he marries, it must be to another believer. On top of that, I’m a little nervous about throwing all these commandments on a baby Christian. I don’t want to snuff his faith out with a load of rules. What would you advise? —K.B., Baltimore

Answer: Thanks for asking such an easy question…Not! There is a straightforward Biblical answer to your question. But the application gets messy.

First of all, as a new believer, it is important for your brother to become grounded in some basics of the faith. He needs to know there are consequences to believing in Jesus, and he needs to work out those things for himself. So it might be helpful to slowly introduce him to the following truths, and if you can, introduce them to his girlfriend too, who is also a person whom God loves and for whom Jesus died.

For example, the first thing to do is to assure your brother of his eternal salvation. There are no threats of hell for him anymore. Whatever he chooses to do, he cannot lose everlasting life. As Jesus promised, believers shall never perish (John 3:16).

However, he also needs to know that the decisions he makes in life will drastically impact the quality of his fellowship with Jesus. We are called to abide in Him (1 John 2:24-25). That doesn’t happen automatically. It takes obedience. If your brother chooses to live in disobedience to God, he shouldn’t expect the Lord to bless him. God is not mocked. Your brother will sow what he reaps (Gal 6:7). If he’s sowing sin, then that’s what’s coming to him.

Your brother should also know that while many Christians today believe in “missionary dating,” God forbade His people from intermarrying with pagans because it led to idolatry (e.g., Gen 24:3; Ex 34:16; Deut 7:3; Judges 3:6; Ezra 9:12). The unbelieving spouse would lead the believing Jew to abandon the Living God and worship an idol. I can’t tell you how many times I saw that happen in college. A Christian would start dating an unbeliever under the pretense of missionary dating and became atheist in a few years. Hence, believers have an obligation to “marry in the Lord” (1 Cor 7:39). Marriage is an institution meant for believers to build each other up, to support each other, and to worship together. Being “unequally yoked with unbelievers” (2 Cor 6:14) turns our most intimate relationship into one of rebellion.

Your brother also needs to be aware of what the Bible says about God’s will for sex, i.e. that it is meant to be enjoyed in marriage. Otherwise, something beautiful becomes twisted. Lead him to 1 Cor 6:18-19, where Paul writes,

Flee sexual immorality. Every sin that a man does is outside the body, but he who commits sexual immorality sins against his own body. Or do you not know that your body is the temple of the Holy Spirit who is in you, whom you have from God, and you are not your own?

Lastly, your brother should know that he has a new identity in Christ. He isn’t his old self anymore. He is a temple of the Holy Spirit. That’s a privilege and a responsibility.

After laying that foundation, show your brother that there are at least three options that he can choose and not all are godly.

First, he can continue living in sin or he can marry his girlfriend even if she’s an unbeliever. Either choice would be willful rebellion against God and your brother should expect to experience the bad consequences that flow from that decision.

Second, if the girlfriend is a believer, the best outcome would be for them to get married right away, but they should live apart and remain celibate until that day.

In sum, the only godly end result is to marry a believer and to remain celibate until that time. Just about anything else would be sin and would diminish his spiritual walk with Jesus. You can’t experience abundant life while living in wilful sin.

Now, be careful. Don’t hammer your brother over the head with these things. Be gentle. Be humble. Be patient and pray for them both. Remember that you’re a sinner too and your job is to love your brother (and his girlfriend!), not to condemn him. And above all, trust in God’s Word to do the work of convicting your brother of these truths. Lord have mercy on you both! —Shawn

Email your questions and comments to questions@faithalone.org.