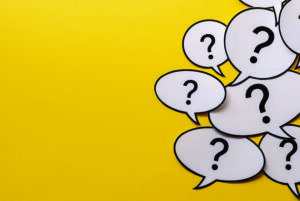 The Bible tells us that God is a rewarder of those that diligently seek Him. With [the false teachings of] “lordship” and “works” salvation so prominent today, how have so many people who appear to be diligent seekers missed the mark? What caused this promise from the Scriptures to be short-circuited? There definitely isn’t any reward in promoting false saving messages.

To answer your question as to why the very important teaching of rewards has been short-circuited in our churches today, it would seem that there are two reasons.

I think the first and most basic reason is groupthink. Most teach that practically every Biblical reference to future rewards and seeking God are the means by which one receives everlasting life. Probably the majority of Bible teachers are simply not astute enough to recognize what the text actually says and/or are not equipped to do precise exegetical work. Unfortunately it is much easier to obtain one’s theology from commentaries than it is to do so from the Bible itself. So, the teaching of “works salvation” is included in the majority of mainstream Christianity, which doctrine has been passed down practically since the apostolic age in some form or another. Admittedly, receiving rewards will be the result of a believer’s works and faithfulness. But if working for rewards should be perceived as a way of entering heaven, one would naturally tend to mingle or amalgam works and faith together. Doing so leads to the idea that both faith and works are necessary conditions for receiving everlasting life. This, of course, leads to legalism and is a blatant contradiction of what the Bible teaches. But it seems that most folks have no way of resolving it.

Now, for the second reason. It seems to be innate in our fallen human nature, perhaps from a degree of inbred pride, that we shrink from the idea of someone giving us anything for free (such as God tendering everlasting life as a free gift apart from works or merit). Receiving something for free inspires a feeling (subconscious, at least) of obligation toward the giver. If someone gives me a Christmas gift one year, I will feel obligated to return the favor next year. The problem is that even if we should feel obligated to pay God back for everlasting life, such debt would be impossible to satisfy. Regardless, this all theologically shakes out into the feeling that I must pay God back for His gift; and how best to return the favor but by working it out as an obligation for receiving the gift in the first place? And so, we hear statements coming from “lordship” preachers such as, “Works and obedience are not optional.” That might seem like a pious and spiritual response, but the astute believer must then ask, “Not optional for what? Not optional to please the Lord, or not optional to receive everlasting life?”

If someone believes that faith in Christ plus works are necessary for everlasting life, then he is not believing the faith-alone message. If he has never believed, then he is not yet born again.

Thank you very much for your question. I hope my input has helped.

I have read Bob’s book on Calvinism as well as numerous other books on the subject. I concur wholeheartedly with you guys that Calvinism/Lordship Salvation corrupts the gospel and makes it impossible to have assurance of salvation. However, sometimes when I look back at some of the great preachers and missionaries of the past few centuries (e.g. Edwards, Whitefield, Judson, Spurgeon, etc.), I’m struck by how many of them were 5-point Calvinists. Do you think that God still greatly used these men (in spite of their faulty teachings) to lead others to Christ?

I was once asked whether a Lordship Salvation preacher could be a great preacher. I responded by asking, “Great in whose eyes?”

Of course the person who asked that question considered those ministers that you named in your question to be great preachers—greatly used by God. However, my question still applies. Does greatness or being greatly used by God depend upon a preacher’s fame?

If a famous 5-point Calvinist preacher should happen to introduce an unsaved person to the Bible, to Christ, and the message of life, such a person (by virtue of his position and notoriety) may indeed be used by God, albeit through the back door, so to speak.

If a person was to believe in Christ alone for eternal life as a result of reading the Bible or thinking it through, I suppose that such a person might be used by God in that respect. The Apostle Paul told the Philippian believers that he rejoiced when, “whether in pretense or in truth, Christ is preached” (Phil 1:18). He was probably referring to those who would preach Christ with wrong motives rather than who would preach a false gospel, because in the verse just prior he said that he was “appointed for the defense of the gospel” (1:17).

In Galatians 1, Paul was very hard on those who would preach a false gospel. The simple fact of the matter is that the Lordship Salvation aspect of Reformed theology is a false gospel.

Essentially, Calvinism is often preached (and Reformed theology is often taught) by famous people who seem to have, from our perspective, made an impact in the Christian world. One would be hesitant to question the sincerity of their motives. What must be questioned is the means or the message they used to try to bring people to a saving knowledge of Christ.

Nor does 5-point Calvinism encourage discipleship, because it undermines or denies the assurance that one possesses eternal life by simple faith in Christ alone.

Anthony Badger has a ThD from Dallas Seminary and is the author of Confronting Calvinism, available in the bookstore.