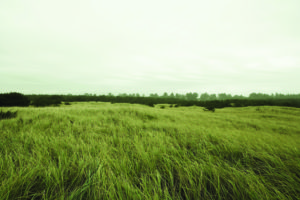 I grew up in a “black-and-white” world, where “right” and “wrong” was ingrained in me by parents, church, and culture.

It’s not a bad thing, generally speaking. The moral vacuum that people grow up with today is far worse, resulting in many destroyed lives.

But thinking you have right and wrong all figured out is dangerous too because it can engender pride, arrogance, and a kind of self-righteousness based on moral superiority.

In Pride and Prejudice, Jane Austen’s Mr. Darcy describes his upbringing with these words:

“As a child I was taught what was right… I was given good principles, but left to follow them in pride and conceit… my parents… allowed, encouraged, almost taught me to be selfish and overbearing; to care for none beyond my own family circle; to think meanly of all the rest of the world; to wish at least to think meanly of their sense and worth compared with my own.”

While my experience was different, the tendency to view ‘my way’ of living the Christian life as being ‘the only right way’ can lead to a deep-seated pride which tends to look down on others who don’t share my views. This pride can reveal itself in belittling people who have a different theology, who engage in activities I don’t approve of, or who are more conservative (or more liberal) than I am.

The dictionary defines a “Pharisee” as 1) a member of an ancient Jewish religious group who followed the Oral Law in addition to the Torah and attempted to live in a constant state of purity (we all know those guys); and 2) a self-righteous, hypocritical, or sanctimonious person (Ouch). The first describes who they were, and the second describes how they acted.

This tendency to compare myself with others and treat them as spiritual inferiors is alive and well today. An article I recently read suggested the kind of thing modern Pharisees might say: “You can’t be a Christian if you are/aren’t a [blank]; if you believe/don’t believe [blank] (not referring to believing in Jesus, but to other issues); or if you do/don’t do [blank].”

Some areas are rife with this judgmentalism: “You’re a terrible Christian parent because your children [blank].” Or perhaps, “You’re not a good Christian because you support [blank].” The blanks are filled in with the opposite belief of the “modern Pharisee”—perhaps supported by a proof-text or two, but entirely devoid of grace.

The Antidote of Grace

I have felt the sting of judgmentalism in my life, and I didn’t like it. You have too.

Spiritual “bullying” in the church causes broken relationships, splits, and loss of joy. Sadly, Satan’s most effective way of weakening the Body of Christ is spreading such attitudes by reflex—someone treats us crassly, so we respond in kind, putting them down or whispering unpleasant tidbits about them to others. And the “Pharisee disease” spreads.

The only antidote for this infection is grace.

Grace is a gift which gives God space to work in others’ lives, without me gerrymandering the situation so it works out my way.

Grace recognizes that I am a work in progress, and that if not for God’s mercy, I wouldn’t be here today.

Grace keeps me from jumping down someone’s throat when they get their theology wrong, or struggle with besetting sin, or stumble in their Christian walk. Grace does not compromise the truth; it just spreads it with love, gentleness, and understanding.

Folks today are facing real issues in life, and they don’t need our supercilious piety in the heat of their battle. They need grace!

The enemy of souls is doing all he can to beat them up; let’s do all we can to heal!

Sin is leaving gnarly wounds in the lives of people—both saved and unsaved. It will continue to affect all our lives as long as we live. My battles will be different from those of others; and how God works in their life will not always be how He works in mine. But as we discuss sin, we can do it with grace.

Like many Christians (most?), the better I know my heart, the more I see an old tendency to be a Pharisee. But then I remember those who have wounded me, and realize how I can wound others…and I pursue grace.

How thankful I am that God did not take one look at me and say “Unsavable!” What amazing grace it was that sent His Son to this earth, that led Jesus to the cross to save a wretch like me!

And how incredible that though I may struggle or stumble in my Christian life, His grace never fails. God is not a Pharisee!

And He doesn’t want us to be Pharisees either. Join me in pursuing grace.