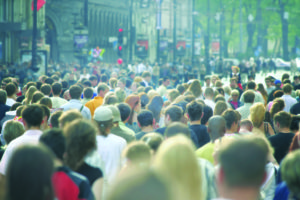 In 1978, John Paul Young was crooning: “Love is in the air…” Today, this seems to be the refrain in theological circles. Rather than focusing on distinctives, the emphasis is on loving reconciliation at any cost. Some Evangelicals are now pushing for unity with Roman Catholics. The concern of these leaders is laudable; they want Christians to have maximum impact in the world, and see this happening only if we cooperate in the mission together.

In this context, many will certainly wonder why an organization like the Grace Evangelical Society even exists. You can almost hear them say, “Must be a bunch of raving fundamentalists!” So the question must be addressed: Would the mission of the church be better served if we stopped debating the content of the gospel and just started preaching it?

Obviously, the question answers itself. In order to preach the gospel, one must know what it is. A study by the Barna Research Group in 1993 indicated that there is widespread confusion about the content of the gospel among churchgoers. Incredibly, almost half (48%) of the respondents accepted as the gospel this statement: “If people are generally good, or do enough good things for others… they will earn places in heaven.” As George Barna said in response,

“There is plenty of reason for churches to worry if nearly one-half of their people who believe in evangelism also believe in salvation by works…The central message of Protestantism is in salvation by faith alone in Christ, yet [many] Protestant evangelizers seem to be preaching a different message” (Moody, Oct 93, p. 67).

When it comes to an issue as critical as the gospel, there cannot be—indeed, there must not be—any equivocation for the sake of a perception of harmony. Who can argue with the fact that if we have peace, but only at the expense of proclaiming a false gospel, that we have lost the game?

The 20th century witnessed important debates on crucial theological issues—the deity of Christ and the inerrancy of Scripture, to name just two. Bizarre theories about Jesus’ life and person continue to arise, and many scholars still make sport of criticizing the authority of the Bible. But because these positions were challenged in their day, many Christians today have avoided being derailed by such errors.

Now, as this new century begins, it is the most basic issue—the one we always “took for granted”—which has come to the fore. After centuries lying largely in dormant tension, the issue of the gospel message itself has reached our doorstep. If we do not respond, future generations will pay the price.

There is a maxim in theological matters: “In essentials, unity; in non-essentials, diversity.” That means that while we may allow for differences in areas of doctrine which (while important) are secondary (not integral to the faith), we must take firm stands in areas of doctrine which are foundational. While the question of what is essential is sometimes debated, it certainly is not here. All agree, the gospel issue is critical.

Do we seek peace? Certainly. Do we value unity and cooperation? Absolutely! But not at the expense of truth. For this we must be vigilant. It is Martin Luther who said, “Peace if possible, but truth at any rate.”

Let there be no wavering in those who preach the gospel of salvation by grace through faith alone in Christ alone, who state that on the basis of Christ’s death and resurrection the new believer can know from the moment of faith on that he is a child of God. Confusion over the gospel is rampant in churches today. As is evident from the results of the study noted above, the gospel of salvation through faith alone in Christ alone has been lost to many in the church. Let us clearly proclaim the gospel of God’s grace, and, on the basis of His free gift of eternal life, motivate believers to live lives dedicated to Jesus Christ.

1. This article originally appeared in the January/ February (1996) issue of Grace in Focus.