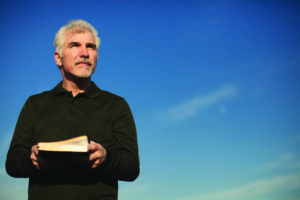 3:1. The discussion of privilege in the public gatherings of the Church as they relate to men and women leads quite naturally to the discussion of another privilege—that of spiritual oversight. It is a good work (kalou ergou). An ascending scale is seen. Just as public prayer and ministry are restricted to men alone, oversight is restricted to certain kinds of men: those who possess proper spiritual qualifications. Paul deals with the various stations in the assembly, first male and female, and now bishop and deacon.

3:2-3. That an elder (episkopos) and bishop are one and the same individual seems transparent from Titus 1:5–7 and Acts 20:17, 28. These passages are conclusive. One views function, the other maturity.

Sometimes a point is made out of the singular an elder, but this is faulty exegesis. First, nothing is more natural than to speak of a group generally by referring to one individual specifically. Saying that “a Dallas Seminary student must possess a college degree” or “a candidate must possess U.S. citizenship” does not mean there is only one student or only one candidate.

Second, the singular is used in Titus 1:7 (episkopon) immediately following the plural “bishops” (presbuterous) in v 5, showing its true force to be representative rather than exclusive.

Third, the Church at Ephesus had a plurality of elders, as is proved by Acts 20:17, 28 and by 1 Tim 5:17. If the elder is identified as the “preacher,” this last verse is fatal to the view, for not all the elders labor in the Word and in doctrine. We may confidently reject the idea that the Scriptures know anything about a church organization headed up by a single individual.

The phrase husband of one wife (mias gunaikos andra) is difficult. Various views have been advanced. First, it could refer to faithfulness to one’s own wife, that is, a “one-woman man.” Second, it could refer to avoidance of polygamy which even at that time could be found among Jews, according to Josephus. Third, it could refer to remarriage either after divorce or after a wife’s death.

The first option seems not to do justice to the numeral one (mias), or at least handles it strangely. The second view about the danger of polygamy was nonetheless probably slight and is not likely to be before Paul’s mind. The third view seems best. Remarriage, while certainly permitted, is not viewed without some disapproval (cf. 1 Tim 5:12). The man who maintains his “first faith” exhibits thereby a constancy of character which marks him out as fit to lead the Lord’s people (cf. 1 Cor 7:8, 27, 40; Luke 2:36–37).

The phrase able to teach (didaktikon) means “skillful in teaching.” That this does not necessarily imply the possession of the gift of teaching is clear from 5:17. But an overseer needs to know how to get something across to those he is leading.

Get Your House in Order

3:4. Note the emphatic position of his own house (tou idiou oikou), indicating that surely if his own house is not well-managed, he is incapable of managing God’s. This requires emphasis in these days of unruly preachers’ children. Such a one cannot lead God’s people. The phrase with all reverence (meta pasēs semnotētos) is not the kind of subjection that brings snickers at Dad behind his back.

3:5. The verb manage (prostēnai) means “to be at the head of, to rule;” likewise, the overseer is charged to care (epimelēsetai) for the church of God. The overseer must never permit his authority to get out of proper proportion. The true spiritual ruler is one who “cares for” the well-being of God’s flock. Authority is heady wine. Few can take it.

3:6. The condemnation…of the devil (eis krima……tou diabolou) is best taken here as an objective genitive, although in the phrase “snare of the devil” (pagida tou diabolou) from v 7, it is subjective. But condemnation (krima) is distinctly a judicial term and points to God. Just as Lucifer in his place of elevated brightness and privilege was beclouded and puffed up (tuphōtheis) by pride and thus fell under God’s judicial sentence (krima), so most easily does the novice (neophuton, “newly-planted”). The passage strictly applies to elders but has suggestive ramifications as regards to the practice of pushing new converts forward too rapidly.

3:7. Since the reproach (oneidismon) is separated from the devil’s trap (pagida tou diabolou) by the word fall (empesē), it is best taken absolutely and as not governing the genitive of the devil. The reproach may come from both within and without the assembly, and as criticism has a tendency to leave us discouraged and defeated, such a one may easily fall into the temptations with which Satan would trap and utterly ruin him in spiritual life. If the enemy cannot lift us up with pride, he will seek to tear us down through reproach and clever snares. 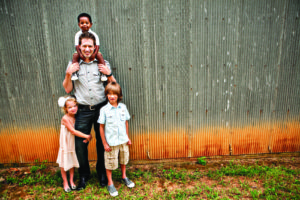 3:8. The word deacons (diakonous) is used only in this passage (vv 8, 12) and in Phil 1:1 in a technical sense as a word describing a position in the church. (Perhaps also, but not certainly, in Rom 16:1.) Both here and in Philippians, it stands in distinction to elder (episkopos), but not bishop (presbuteros), and from this fact its significance may be inferred. In contrast to the authority implied by elder, the word in accord with its non-technical usage suggests service which especially meets temporal and material needs.

Though the specific word used here for deacon does not occur in Acts 6:1–6, the noun service (diakonia) occurs in 6:1 (and also in v 4 in reference to the ministry of the Word), and the verb form occurs in 6:2. The particular job description of the seven men listed in Acts 6 is suggestive of the work of “deacons.”

3:9-10. The mystery (mustērion) referred to is made explicit in v 16. It deals especially with the Incarnation, God manifest in the flesh.

The office of deacon is sublimely linked with the truth of the Incarnation, for it was the Lord Jesus who said,

…but whoever wishes to become great among you, shall be your deacon [diakonos]…for the Son of Man did not come to be ministered to [diakonēthēnai], but to minister [diakonēsai] and give His life as a ransom for many” (Mark 10:43, 45).

Thus “deaconing” touches a rich principle which lies at the very heart of the faith, and if the mystery involved is held in a clean conscience, it will be productive of selfless, Christ-like service. Since mystery (mustērion) was a technical term for religious mysteries known only to the initiated, it here implies that the deacon has an insight into the inner meaning of the faith. But do we? Are we initiated into the supremacy of lowly service rather than of outward honor?

3:11-12. The term wives (or women, gunaikas) may refer to either the wives of deacons or to deaconesses. The word deacon could be used of women (e.g., Rom 16:1 of Phoebe). But in any case, the use of gunaikas would have been needed to make plain any special remarks intended for women deacons.

The similarity of the qualifications to those of the male deacon in v 9, plus the absence of any reference to family and household duties so eminently natural if wives are being looked at (cf. v 12 of the men), points to the concept of a deaconess.

3:13. The word obtain (bathmon) is found in the mystery religions and is perhaps virtually a technical term connoting a “step” in the soul’s journey heavenward. It was also a term used in philosophy to denote the gradual attainment of wisdom. Against the backdrop of mystery from v 9, the idea seems to be that an advanced standing in the mystery of godliness has been achieved, a step toward divine wisdom and insight, which issues in boldness toward God by faith, that is, that faith which is in Christ Jesus.

The deacon comes to understand the ministering heart of his Savior, opening to him a storehouse of understanding upon which he may draw by faith in prayer. The word boldness (parrēsian), involving originally freedom of speech, probably suggests prayer. When the deacon comprehends the heart of Christ, he knows what he may ask and expect through the boldness of faith.

While a deacon might think himself of little importance, he actually earns a standing which enriches his access to God. Service is richly worthwhile.

Zane Hodges taught New Testament Greek and Exegesis at Dallas Theological Seminary (1958-1986). This article is taken from his lecture notes on 1-2 Timothy (forthcoming).