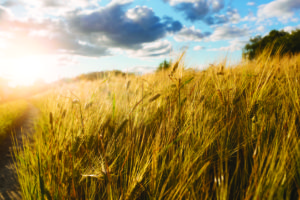 The story of Noah and her sisters—Mahlah, Hoglah, Milcah, and Tirzah—is a remarkable account of God’s love, mercy, grace, and provision.

A Special Case of Inheritance

Numbers 26 records that God had ordered Moses and Eleazer the high priest to take a census of the male Israelites twenty years old and above. This census would determine property allocation for each tribe of Israel once the nation entered the Promised Land.

In Numbers 27 we discover a special case of inheritance not specifically covered in the Law of Moses: a man named Zelophehad had five daughters, no sons, and had died before the census was taken.

What would happen to his five daughters? Were they entitled to a share in the Promised Land, even though their father had not been counted in the census (he had “died in the wilderness,” Num 27:3, before the census was taken)?

Also, inheritance passed from father to son, not from father to daughter. Through no fault of their own, these daughters of Zelophehad were unmarried, fatherless women with no prospect of inheritance rights. How could they live and support themselves in the Promised Land?

In many ancient cultures, women did not have personal or property rights. Thus, it is noteworthy that Noah and her sisters had the confidence, faith, and freedom to approach Moses and Eleazer with their question about inheritance: “Why should the name of our father be removed from among his family because he had no son? Give us a possession among our father’s brothers” (Num 27:4).

They were asking for two things: they requested that their father be counted posthumously in the census since he had no male heir to be counted, and they asked that they be given the land that would be rightly theirs if they were sons.

These are impressive women: they are intelligent, articulate, and familiar with the Law. They believed God’s promise that their generation would enter the land, and they believed that the Lord would favor them; otherwise, they never would have approached Moses, Eleazer, the leaders, and the entire congregation in the first place.

Moses and the other men could have easily told these women to go home, get married, and not worry their pretty little heads with this legal issue. But these men did not do that. This speaks highly of the woman’s place in Israelite culture, as opposed to a woman’s place in the pagan cultures surrounding them.

Moses took this case to the Lord, and the Lord agreed with the women. He told Moses to give them their portion of the land. But not only that. Numbers 26:33 mentions Zelophehad and his daughters in the census count.

Because the census was adjusted to include Zelophehad posthumously for the sake of his five daughters.

Did you catch that?

Zelophehad and his entire generation, except Joshua and Caleb, had died in the wilderness, yet God allowed the census to be adjusted so that Zelophehad could be named in it for the sake of his daughters.

Now that is grace!

Thanks to Noah and her sisters, the order of inheritance was made clear: son, daughter, brother, paternal uncle, nearest family member.

These women asked by faith, and God graciously and lovingly honored their request.

There are many lessons we can glean from this account.

First, Noah and her sisters believed God’s promise that they would enter the land and enjoy physical blessings there.

We in the Church Age have been promised that we have been blessed with “every spiritual blessing in the heavenly places in Christ” (Eph 1:3b). God’s Word tells us these blessings are ours now. Do you believe that the life Jesus gives is everlasting, not probational or conditional? Do you believe God’s promise that you have been sealed by the Holy Spirit and that you are positionally in Christ? Are you enjoying the spiritual blessings that God has said are already yours?

Second, Noah and her sisters approached Moses boldly and with confidence.

The writer to the Hebrews exhorts believers to “come boldly to the throne of grace, that we may obtain mercy and find grace to help in time of need” (Heb 4:16). The Greek word translated boldly indicates freeness of speech, or unreserved expression. Noah and her sisters spoke to Moses and the other leaders freely and confidently and ere to the point (another nuance of boldly in Heb 4:16). We believers have the privilege of approaching God freely, without reservation, and without need of long, grandiloquent prayers. We can have confidence that He always gives us a fair hearing. 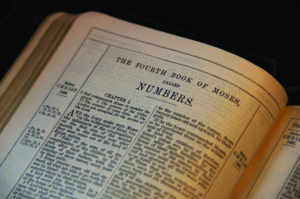 Third, Moses sought the Lord in what he considered a difficult case; he demonstrated wise leadership in doing so.

The NT encourages us likewise to ask God for wisdom: “If any of you lacks wisdom, let him ask of God, who gives to all liberally and without reproach, and it will be given to him” (Jas 1:5).

Moses was the human author of the Law which bears his name, yet he did not consider himself above asking the ultimate Author of the Law for His ruling on the case. We should follow Moses’ example in asking God for wisdom.

God Cares about the Details

Fourth, this account of Zelophehad’s daughters is a striking demonstration that God is merciful and gracious and cares about the details in our lives.

The Apostle Peter encourages us to cast “all your care upon Him, for He cares for you” (1 Pet 5:7).

Like Noah and her sisters, we can have full confidence in God’s caring provision. Simply put, God loves us.

God Cares about the Forgotten

In addition, the NT exhorts us to take care of the orphan and the widow: “Pure and undefiled religion before God and the Father is this: to visit orphans and widows in their trouble” (Jas 1:27a). The Greek word translated “visit” carries with it the idea of looking after and taking care of. If God cares about orphans and widows, then so should we.

And finally, this account of Zelophehad’s daughters is embedded in a too often ignored book of the Bible, yet it is in Numbers that we find some of the most significant events in Scripture, such as the bronze serpent, Korah’s rebellion, Aaron’s rod that budded, and Balaam’s prophecy.

Numbers is as inspired as Isaiah or the Gospels. We will do well not to neglect the parts of Scripture that may not at first glance strike us as particularly exciting. But as we study these less popular books of the Bible, we will be gratified to discover great riches hidden in their depths. “It is the glory of God to conceal things, but the glory of kings is to search things out” (Prov 25:2).

Pam Esteven is a writer and editor. She lives in Baton Rouge, LA.

A pastor friend whom I’ll call Dave has been studying the New Covenant lately. We’ve had a few excellent conversations about it. I thought I’d...