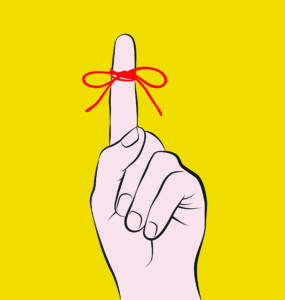 It was the winter break before my last semester of seminary at Liberty University Online, and I did not know where I stood on the Calvinism/Arminianism debate.

Was I a Calvinist? If so, how many of the five points did I accept?

Maybe I was more Arminian? After all, it was hard to swallow the whole “God overriding our will” thing. But if I was an Arminian, I would have to believe that I could lose my salvation, which I did not believe.

These were some of the thoughts that were racing through my mind.

I felt I had a good grasp on the gospel (or so I thought): Repent of your sins, place your faith in Jesus, and if you’re really saved there will be evidence that you are. That was what many Christian leaders were (and still are) teaching.

I was about to graduate and I knew that I had to get my soteriology (doctrine of salvation) straight if I was going to help lead people to Jesus. So, I decided to take a month to pray and figure out what someone must do to be saved.

I started my journey by reading R.C. Sproul’s Chosen by God. I read the book with an open mind, following Sproul’s logical conclusions. Although he really made God appear harsh, but if it was the truth I had to accept it.

Next, I read Norman Geisler’s Chosen but Free. It seemed to make sense, but I still wasn’t satisfied.

I had one more book to read, Salvation and Sovereignty by Kenneth Keathley. I was sure this book about Molinism (i.e., God arranges circumstances knowing what people would freely choose in any given situation) would help me figure out salvation, and in a way it did.

I was reading the chapter on eternal security when the author mentioned Grace Evangelical Society (GES) in a footnote. I had never heard of GES, so I went to my computer and looked up faithalone.org and read the doctrinal statement. I thought, “This makes sense!”

Then I watched a video by Bob Wilkin called “Repentance: Does Your Mind Need Changing?” It was the push that led me down the road of grace.

I watched other GES videos, purchased copies of books by Zane Hodges and Bob Wilkin, and subscribed to Grace in Focus.

Over the next few months my views about salvation and certain passages of the Bible began to change.

My eyes were opened up to a “no strings attached” salvation.

The burden of judging other Christians who were “not living for God” went away.

The burden of Lordship Salvation was lifted off of me, and I came to the conclusion that I was a zero- point Calvinist and zero-point Arminian.

Al Acevedo is the director for Grace Skate Ministry in Jacksonville, Florida. He is a graduate of Liberty Seminary (M.A.R., M.Div.), who enjoys reading grace-filled books. In his spare time he likes to train at the gym, skateboard, watch movies, and go to the beach with his wife.