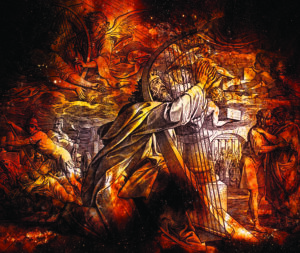 Dear Zane,
I pray that all is going well with you. You are constantly in my prayers for your strength, endurance, health, and wisdom for interpretation and writing.
In your two-part talk and paper at the GES [conference], “How to Lead People to Christ (Part 1 and Part 2),” you illustrated the tenet that God only requires faith in Jesus for eternal life; there are no doctrinal stipulations and pre-qualifications to simply receiving the free gift of God through faith in Christ.
As much as you would care, would you comment, please, on those who seek to front-load the saving message with their “God-mandated” requirement that one assent to the divinity of Christ?
BTW, please pray for me as I am leaving October 10 for India. I will be doing evangelism for 5 days and having a conference with 100 Indian pastors, whereby I am going to give them a crash course on Free Grace theology.
I am praying for you!
Antonio

People who speak about believing in the “divinity” of Christ to be saved rarely seem to define what they mean by that. Must one have a Trinitarian theology to be saved (=Jesus is the second Person of the Godhead)?
Did the disciples themselves understand His deity? Note John 14:5-9; Matt. 8:27, etc.

Thomas said to Him, “Lord, we do not know where You are going, and how can we know the way?” Jesus said to him, “I am the way, the truth, and the life. No one comes to the Father except through Me. “If you had known Me, you would have known My Father also; and from now on you know Him and have seen Him.” Philip said to Him, “Lord, show us the Father, and it is sufficient for us.” Jesus said to him, “Have I been with you so long, and yet you have not known Me, Philip? He who has seen Me has seen the Father; so how can you say, ‘Show us the Father’?” (John 14:5-9).]

The fundamental error here, however, is the assumption that one must know everything about a person to be able to believe who he is. That is illogical and wrong. Do I have to understand the President’s powers, or his personality, to believe he is the President and trust him for something?
Of course, the promised Messiah is divine, but He is also the King of Israel:

There was no such person as a Messiah who is not Israel’s King. Must one believe that, too? In fact, it can be argued that in Nathaniel’s statement, “Son of God” is defined as “King of Israel.” The Messianic sonship was the sonship promised to David’s kingly descendants in 2 Samuel:

Psalm 2:7 (I will declare the decree: the Lord has said to Me, “You are My Son, today I have begotten You”) shows that this sonship was not eternal. If a person does not believe all this, he even misunderstands the title “Son of God” in its Messianic sense. Is he saved???
The illogical beginning assumption leads inevitably into a logical quagmire and produces absurd conclusions. There is so much sloppy thinking out there it is appalling. Some people seem to believe in justification by correct theology rather than justification by faith in Jesus (Rom 3:26).1

A tragic error!
But the simple fact remains that no one has ever believed in Jesus of Nazareth for the gift of eternal life, who did not get it! Thank God for that!
I’ll pray for your trip to India. Have a good week,
Zane.

1. Editor’s note: Jesus has always been the Son of God. But when Zane mentions this “sonship,” he is referring to Jesus as the Messiah.