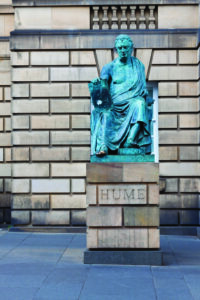 “If we admit God, must we admit Miracle? Indeed, indeed, you have no security against it. That is the bargain.” ~C. S. Lewis

A certain pastor observed a little girl standing outside the preschool Sunday school classroom between Sunday school and worship, waiting for her parents to come and pick her up for “big church.” The pastor noticed that she clutched a big storybook under her arm with the title “Jonah and the Whale.”

Feeling mischievous, he knelt beside the girl and asked, “What’s that you have in your hand?”

“This is my storybook about Jonah and the whale,” she answered.

“Tell me something,” he continued, “do you believe that story about Jonah and the whale?”

The girl said, “Why, of course I believe it!”

The pastor inquired further, “You really believe a man can be swallowed up by a big whale, stay inside him all that time, and come out okay?”

She declared, “Yes! This story is in the Bible, and we talked about it in Sunday school today.”

Then the pastor asked, “Can you prove to me this story is true?”

She thought for a moment and then said, “Well, when I get to heaven, I’ll ask Jonah.”

Finally, the pastor asked, “What if Jonah’s not in heaven?”

The girl put her hands on her hips and sternly declared, “Then you can ask him!”

THE IMPORTANCE OF MIRACLES

Miracles are central to Christianity. Other religions would not suffer harm from lack of miracles, but if you were to remove them from Christianity, you would leave a lifeless carcass. In this article, I aim to do three things. First, I will define what a miracle is. Second, I will clarify two common misconceptions concerning miracles. And third, I will offer a logical authentication that miracles have occurred.

If you ask the average person to define a miracle, you will get many different answers.

For instance, after the birth of our grandson, Gunnar Titus Winston, many people commented about the “miracle of birth.”

When the Boston Red Sox won the World Series, some called it a miracle.

When Lyle Lovett married Julia Roberts, many called that a miracle.

Now, while birthing babies, breaking the “curse of the Bambino,” and a beautiful babe marrying a homely man are all rare occurrences, they are not miraculous.

A miracle is more than a natural or unique event, but “a special act of God that interrupts the natural course of events.”1 The key here is that it is an interruption. An interruption of nature requires an Interrupter, God, who is above nature. So, a genuine miracle requires God to interrupt what would have normally or naturally taken place.

God interrupts, not disrupts. Some might argue that this natural interruption would lead to chaos, but that is the distinction between an interruption and a disruption.

So a miracle does not disrupt the natural order. It is simply a Higher Being’s acting on the normal course of events. 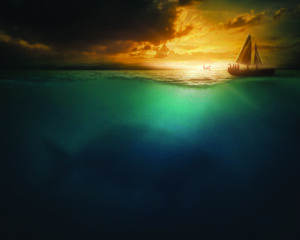 IS NATURE ALL THERE IS?

Some people do not believe that miracles occur today. They are called naturalists. That is, they do not believe in a supernatural interruption. One of the most vocal and effective critics of miracles was the Scottish naturalist David Hume (1711-1776).

Hume became skeptical and scornful of the miraculous. He wrote An Enquiry Concerning Human Understanding in which he thought quite highly of his argument against the miraculous. In his Introduction he said, “I flatter myself that I have discovered an argument…which, if just, will, with the wise and learned, be an everlasting check to all kinds of superstitious delusion and consequently will be useful as long as the world endures.”2

The weakness and fallacy of Hume’s argument is in what he called regular or “uniform” experience. As Norm Geisler noted:

It begs the question if Hume presumes to know the experience is uniform in advance of looking at the evidence. For how can we know that all possible experience will confirm naturalism, unless we have access to all possible experiences, including those in the future? If, on the other hand, Hume simply means by “uniform” experience the select experience of some persons (who have not encountered a miracle), then this is special pleading. For there are others who have claimed to have experienced miracles.4

This is Hume’s best argument for discounting the miraculous. But the argument is strong if you assume no one has ever experienced a miracle. In other words, as C. S. Lewis pointed out, Hume is
arguing in the proverbial circle:

Now of course we must agree with Hume that if there is absolutely “uniform experience” against miracles, if in other words they have never happened, why then they never have. Unfortunately, we know the experience against them to be uniform only if we know that all the reports of them are false. And we can know all the reports to be false only if we know already that miracles have never occurred. In fact, we are arguing in a circle.5

Like all naturalists, Hume believed in a closed universe without a God who can act in spacetime history. That is a philosophical position, not a scientific one. Naturalists will not allow for a theistic universe created by a supernaturalistic being.

When Ronald Nash spoke to Russian educators who were naturalists, he creatively demonstrated the difference between a naturalist and a supernaturalist using two small cardboard boxes. One box was opened, and one was closed.

“Here is the difference between your world view and mine,” he began. Pointing to the closed box, he said, “You believe that the physical universe is closed; that the universe is all that exists, and there’s nothing outside it.”

Shifting to the open box he continued, “I believe that the physical universe exists as well; but I also believe the universe is open – that there’s something outside the universe we call God.” Nash paused and added, “And God created the box!”

He then reached into the open box and said, “Just like I can reach into this box to manipulate its contents, God can reach into our universe and perform what we call miracles.”6

Therefore, miracles are both plausible and possible if our universe is not closed. And if you believe that creation requires a Creator, you have already agreed to an open or supernatural universe.

A CLARIFICATION ABOUT MIRACLES

A common misconception concerning miracles is that they are common. In fact, many Christians are mistaken in their desire to “expect a miracle today,” thinking they are a daily occurrence. But that is not what the Bible teaches. Many people, especially Christians, might be surprised at how rare miracles are in the Bible.

THE TIMING OF MIRACLES

There are primarily three periods of time when you see a profusion of miracles. One is during the time of Moses and Joshua, then the time of Elijah and Elisha, and finally, the time of Jesus and the early Church.

Interestingly enough, each of these periods roughly lasted forty years.

Each period corresponds to the giving of a new revelation and a new stage in the plan of God.

The first period centers on the Law, the second on the prophets (especially Elijah and Elisha), and the third on the birth of the Church and the NT.

So miracles are indeed rare events in the Bible. In other words, most people have never experienced a miracle. C. S. Lewis put it this way:

You are probably quite right in thinking that you will never see a miracle done…God does not shake miracles into Nature at random as if from a pepper-caster. They come on great occasions; they are found at the great ganglions of history—not of political or social history, but of that spiritual history which cannot be fully known by men. If your own life does not happen to be near one of those ganglions, how should you expect to see one?…Miracles and martyrdoms tend to bunch about the same areas of history—areas we naturally have no wish to frequent.7

THE PURPOSE OF MIRACLES

But why would God choose to do miracles? Does God, like a magician, wish to conjure and entertain, or communicate or inform? The following helps illustrate the purpose behind miracles:

In the days before mass communication—when all long-distance messages were sent by hand—a king would place his seal on his message. This seal would be a sign to the recipient of the message that the message was authentic—it really came from the king and not from someone just posing as the king. Of course, to make this system work, the seal needed to be unusual or unique, easily recognizable, and it had to be something only the king possessed.

God could use a similar system to authenticate his messages—specifically, he could use miracles. Miracles are unusual and unique, easily recognizable, and only God can do them. Even skeptics, by demanding a sign from God, are implicitly admitting that miracles prove his existence.8

So a miracle of God is a supernatural signet ring authenticating a message from God.

THE PLAUSIBILITY OF MIRACLES

Now that we have defined miracles as a special act of God that interrupts the natural or normal course of events and clarified that they occur during rare and special periods for the purpose of communication, one question remains: Are they plausible?

The answer is very simple: acts of God are possible if there is a God who acts.

While most world religions could exist without the miraculous, Christianity cannot.

Jesus based the truthfulness of His claims upon the “sign of Jonah” or the resurrection:

Failing to make a case for miracles logically undermines the message of life.