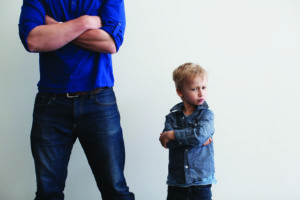 Endure your suffering as discipline; God is treating you as sons. For what son is there that a father does not discipline? (Heb 12:7).

A summer staff worker whom I was disciplining made two statements to me. The first was in anger, and I expected it: “You don’t have any right to do that; it’s unfair, and it’s severe!”

A moment later there were tears, I was being bear-hugged, and there were the words “thank you for loving me enough to make it hurt.”

The second response so surprised me that I still remember it.

What happened to dispel the anger?

I told him that I loved him and was disciplining him because I wanted his good.

I had known him since he was a boy, and he knew that I cared for him.

Aren’t we the same toward God? So quick to react in anger to the difficulties that come to us, so slow to trust in His loving heart toward us. Sometimes failing altogether to believe in Him as it concerns our good.

The book of Hebrews is clear in its repeated statements that God disciplines those whom He loves, His children. Discipline is presented by the author as the loving response of the heavenly Father to a child who moves away from the centrality of Christ in his life. How can discipline be loving? The answer is because our only good is God. Discipline is God’s working to bring us back, by whatever means necessary, to Himself, our good.

A child rebelling against his father doesn’t want to hear him or be with him. His word is not the child’s joy. With his presence is his voice, and with his voice is discomfort for the child whose heart is drifting away. The heart toward the word of God is indication of the heart’s condition and may be an indication of the nature of the difficulties—that they are for discipline.

It may be hard to know the reason for the difficulties we face. Yet we can know that if we are drifting from Christ as the one true object of our devotion, God will discipline us. In this we can be sure that God is good and disciplines us because He loves us.

That doesn’t sound like something to rejoice about, but it is. Do I thank Him that He loves me enough to discipline me? My experience is that as I thank Him for all that He brings into my life, even the discipline, I begin to see that God is good, my only good. And like that staff worker years ago, I begin to thank God for “loving me enough.”