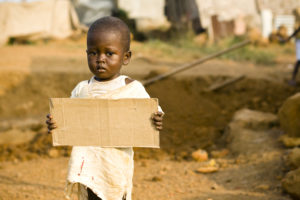 Why I Love Problem Verses

Martin Luther was so vexed by this passage that he not only called the letter of James “an epistle of straw” (LW 35, 362), he also proposed it must have been written by “some Jew” who “probably heard about Christian people but never encountered any” and urged his students to “throw the epistle of James out of this school [i.e., Wittenberg], for it doesn’t amount to much” (LW 54, 424)!

Unlike Luther, I do not consider James 2:14-26 to be a problem passage. I consider it a pivotal passage, one that shows how Free Grace hermeneutics unties the knots created by other traditions. In fact, many Baptists have moved away from the muddy middle ground between Calvinism and Arminianism and have embraced Free Grace theology precisely because their minds were changed one problem passage at a time, often beginning with James 2:14-26.1

James Is Not Talking about Eternal Salvation

The first step in getting a proper grasp of James’s argument in 2:14-26 is to understand what he meant by “salvation.” (See the article by Keith Pesce in this issue for a more detailed discussion of salvation in James.)

What does it profit, my brethren, if someone says he has faith but does not have works? Can faith save him? (Jas 2:14).

If you were to do a word study on the Biblical uses of “save” and “salvation” you might be surprised to find that 100% of the OT uses and about 70% of the NT uses are not about eternal salvation, but about deliverance from life-threatening dangers such as war (Num 10:9), enemies (Ps 3:7), persecution (Ps 59:2), destruction (Judg 6:31), poverty (Ps 72:13), affliction (1 Chr 20:9), drowning (Matt 8:25; 14:30; Acts 27:31), and disease (Matt 9:21; Jas 5:15). The New Testament occasionally uses save and salvation to refer to deliverance from eternal condemnation, but those are the exceptions, not the rule. Salvation most often means deliverance from life-threatening dangers. That holds true for James.

Rather than read James as an evangelistic tract explaining how to avoid eternal condemnation, we should read it as a piece of Jewish wisdom literature, in the tradition of Proverbs, which warns against the life-threatening consequences of sin:

The fear of the Lord prolongs days, but the years of the wicked will be shortened (Prov 10:27).

James has the very same concerns as Proverbs. He wanted his readers to have wisdom (Jas 1:5). He warned them about sin’s deadly consequences (Jas 1:14-15) and urged them to lay aside wickedness and welcome God’s word with meekness. Why? Because it could save their lives from death (Jas 1:21). What kind of death? The same one Solomon spoke about in Prov 19:16: “He who keeps the commandments keeps his life. But he who is careless of his ways will die” (Prov 19:16). Solomon was referring to physical death. So was James, whether it was from divine chastisement (Jas 1:21; 2:14), God’s timing (Jas 4:12), sickness (Jas 5:15), or sinful living (Jas 5:20). When we over-spiritualize this passage, we miss James’s deeply Hebraic concern with life and death.

Second, we need to rethink what James meant when he said that “faith without works is dead” just as “the body without the spirit is dead” (Jas 2:26).

The interpretation most often found in the commentaries suggests James meant to say that faith without works is inauthentic or fake, i.e., we know that we have a fake faith if we have no works.

But if that’s what James meant to say, he chose a bad metaphor. Has anyone ever looked at a dead body and concluded it must be fake? On the contrary, when we see a dead body, don’t we think about how it was once alive and we wonder how it died? That’s what James is doing here. He’s explaining how a living faith can die.

Without works, our faith is unprofitable or useless (Jas 1:26; 2:16). If you believe that we ought to love our neighbors and give to the poor, but you don’t actually act on those beliefs, then your faith is of no use to anyone. We are given the Word in order to be doers of it (Jas 1:22).

But not only is your faith useless if you don’t put it into practice, it will never mature. Against the objection that there is no connection between our faith and our behavior (Jas 2:18-19), James says that faith and works are like body and spirit. In the same way the spirit gives life to the body, good works give life to our faith. If we are increasingly drawn away by our desires and give in to our temptations (Jas 1:12-15), and if we pursue filthiness and wickedness instead of holiness (Jas 1:21), the result is that our faith will get weaker and weaker and may eventually die. And then we won’t have faith to save us from an early grave. If we don’t resist our evil desires, those desires will give birth to sin, and sin can lead to our death (Jas 1:15). But if we do good works, our faith will be living and profitable and it could save our lives. Actually, it could save other people’s lives too, such as distressed orphans and widows (Jas 1:27), the poor (Jas 2:15), the sick (Jas 5:15), and people on the path to an untimely death (Jas 5:19-20).

The story of Rahab emphasizes James’s point that faithfulness can save us from an untimely death. Rahab was saved from Jericho’s destruction because she put her faith into action (cf. Heb 11:31). This is precisely the same hope that James has for all his readers. He hopes that their faith will likewise save them from an untimely death.

Some people think all true believers will automatically produce works. If so, they don’t get out much. Anyone involved in church ministry knows that Christians do not always live up to their faith. Sometimes believers backslide, backstab, gossip, bring shame to Christ, and even fall away from the faith altogether. James stressed to his readers the importance of good works precisely because good works do not come automatically. We have to be diligent. We have to make an effort. We have to deliberately put our faith into practice. The more good we do, the more mature our faith will be. Faith is like a muscle. When you exercise it, it gets stronger. And the stronger it gets, the more good works we’ll be able to do. Faith without works is dead; faith with works is lively. 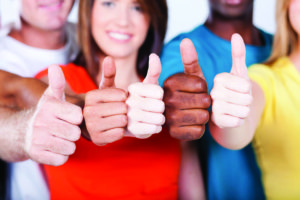 Most people assume there is only one kind of justification and that James and Paul were talking about two aspects of the same thing. On this view, what James taught is supposed to complement, clarify, or even contradict what Paul taught, and vice versa. Neither James nor Paul taught the whole truth about justification; the whole truth is supposed to lie somewhere in-between their two accounts.

But what if there was no conflict between James and Paul because they were actually writing about two different kinds of justification? There are three reasons to think they were.

First, Paul and James use different terminology. Paul wrote about “justification by faith” (Gal 2:16, Rom 3:28), while James wrote about “justification by works” (Jas 2:21, 24). Why would anyone think they were talking about the same thing? If there were two cans in your grandmother’s pantry, one labelled “Peaches” and the other labelled “Plums,” would you assume each can contained a mixture of peaches and plums? Of course not. So why do it here? A plain reading of their differing terminology suggests that Paul and James were talking about two different kinds of justification. We shouldn’t assume otherwise without good evidence.

Second, Paul confirms that there are two kinds of justification. In Romans 4:2, Paul said, “For if Abraham was justified by works, he has something to boast about, but not before God” (emphasis added). Paul had been writing about justification before God (Rom 3:21–4:1ff). Paul explained at length how justification before God is by faith apart from works. But then in Rom 4:2, Paul implies there is a second kind of justification, one that is by works, and which is not before God. Who is it before? Evidently, it’s before men. That’s the kind of justification James is talking about in 2:14-26, one that is by works and before other people. When Abraham offered up Isaac, his faith was vindicated (i.e., justified) before men, and he became known far and wide as “the friend of God” (Jas 2:23). Likewise, Rahab was vindicated before all Israel when she hid the spies and sent them away safely. Her actions proved to Israel that she believed in their God. She was justified by her works before men.

Third, James himself contrasts Abraham’s two justifications. He refers to two different events in Abraham’s life. Each event was connected with a different kind of justification. Early in his life, Abraham had been justified by faith because he believed in God’s promise (Jas 2:23). But later on, Abraham was justified by works when he offered Isaac upon the altar (Jas 2:21). These are two different events, with two different justifications. And what is the relationship between them? James says that Abraham’s act of offering Isaac “perfected” his faith (Jas 2:22). Abraham believed that God’s promise would be fulfilled through his son. So when God commanded him to sacrifice Isaac, the one through whom God’s promise was supposed to be fulfilled, Abraham’s faith was sorely tested. But he went to sacrifice Isaac anyway. Abraham trusted God to fulfill the promise, and believed that He could do the impossible, even raise Isaac from the dead (Heb 11:19). Abraham put his faith into action and became known as the friend of God because of it. Hence, James confirms what Paul implied: justification by faith isn’t the only one there is. There’s also a justification by works (Jas 2:24).

There is no contradiction between James and Paul. If you want to know about how to be eternally saved, then read Paul’s explanation of how we are justified before God, by faith in Jesus, apart from our works (Rom 3:28). But if you want to be temporally saved, then read James’s explanation of how to grow in your faith, avoid the deadly consequences of sin, and demonstrate your faith to the world (Jas 2:14-26). Our lives, our health, and our spiritual maturity depend on not only hearing James’s instruction, but doing it (Jas 1:22).