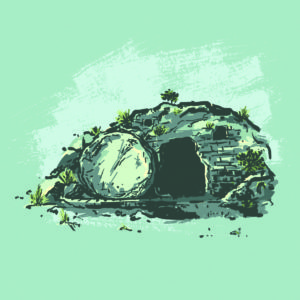 My daughter-in-law recently posted a Facebook message about our ten-year-old grandson who has muscular dystrophy.

My son was scared tonight. He can feel his muscles deteriorate and is afraid of the day he can no longer walk. He is upset and concerned what this means for his life. As he sobbed in my arms, he was so sweet and told me he can keep going on because he knows how I love him.

I was impatient with his anger. I feel guilty for that. This parenting thing is tough. I want to protect and shelter him from this difficult pain.

He talked to his sister about his fears. She cried too, mourning her brother’s lack of ability to play with her in ways she understands. We sat in a huddled mass, crying it out. When our tears ran dry, we talked it out and realized he can do a lot in or out of a wheelchair.

Where is Jesus when sisters weep for brothers? When mothers mourn children who are denied normal lives? Where is He when parents live with the dread of knowing that when they go to the grave, they will leave a child totally dependent on others? Where is God when a little boy suffers a withering disease that will steal his ability to even feed himself? Where is that Jesus we’re told loves the little children?

Standing beside us in our grief.

Almost 2000 years ago, on a rocky hillside near Jerusalem, He stood beside a friend’s tomb, weeping with His friend’s family. We find this story in John 11.

So when Jesus came, He found that he had already been in the tomb four days. Now Bethany was near Jerusalem, about two miles away. And many of the Jews had joined the women around Martha and Mary, to comfort them concerning their brother.

Now Martha, as soon as she heard that Jesus was coming, went and met Him, but Mary was sitting in the house. Now Martha said to Jesus, “Lord, if You had been here, my brother would not have died. But even now I know that whatever You ask of God, God will give You.”

Jesus said to her, “Your brother will rise again.”

Martha said to Him, “I know that he will rise again in the resurrection at the last day.”

Jesus said to her, “I am the resurrection and the life. He who believes in Me, though he may die, he shall live. And whoever lives and believes in Me shall never die. Do you believe this?”

She said to Him, “Yes, Lord, I believe that You are the Christ, the Son of God, who is to come into the world.”

Then, when Mary came where Jesus was, and saw Him, she fell down at His feet, saying to Him, “Lord, if You had been here, my brother would not have died.”

Therefore, when Jesus saw her weeping, and the Jews who came with her weeping, He groaned in the spirit and was troubled. And He said, “Where have you laid him?”

That’s where we find Jesus; weeping beside our tombs. He snorted with anger and wept with grief. Anger at what sin has done to the human race. Grief over a friend’s death.

We don’t stand alone in the midst of helpless rage at life’s injustice. We don’t grieve privately. Jesus shares our grief, weeping with us.

But He does more than weep. He comforts with promises of hope.

All who believe in Him have everlasting life.

All who believe will rise from the grave.

All who believe will escape the second death.

These are not condolences or wistful assurances. They are promises of hope: one day everything really will be made right.

Biblical hope is not a mere aspiration; it is certainty coupled with glad anticipation. Certain because Jesus has the power to keep those promises.

We see His power in what happens next.

Then Jesus, again groaning in Himself, came to the tomb. It was a cave, and a stone lay against it. Jesus said, “Take away the stone.”

Martha, the sister of him who was dead, said to Him, “Lord, by this time there is a stench, for he has been dead four days.”

Jesus said to her, “Did I not say to you that if you would believe you would see the glory of God?” Then they took away the stone from the place where the dead man was lying. And Jesus lifted up His eyes and said, “Father, I thank You that You have heard Me. And I know that You always hear Me, but because of the people who are standing by I said this, that they may believe that You sent Me.” Now when He had said these things, He cried with a loud voice, “Lazarus, come forth!” And he who had died came out bound hand and foot with grave clothes, and his face was wrapped with a cloth. Jesus said to them, “Loose him, and let him go” (John 11:38-44).

This was not the first time Jesus raised someone from the dead. Neither will it be the last. One day the promise of 1 Corinthians 15 shall be fulfilled.

Death, dreadful and horrible as it is, does not close the book. Jesus promised that it leads to another unending chapter in our stories.

There is only one condition to Jesus’ promise. Not many conditions, not a few conditions, not even two conditions. Just one. That requirement is the fulcrum in the narrative unfolding at Lazarus’ tomb.

The lone condition to access the comforting hope is embedded in His question to Martha: “Do you believe this?”

The only proper response is, “Yes, Lord, I believe…”

We know both joy and sorrow in this life. My wife and I grieve with our grandson and his family. But his life is also filled with the joy and happiness known to ten-year-old boys. He delights his parents and (sometimes) his sister. He is precious to us all.

But, still, there is the sorrow. In this world, we often traverse the vale of tears. My grandson walks that path. We walk it with him. Many of you also experience the crushing grief of watching a loved one suffer.

That is this life, a bittersweet draft of joy and sorrow. Every person who sees this earth must drink it. But one day that bitterness will be purged when Jesus raises us to new life.

Until then we do not stand alone in grief. Jesus stands with us, weeping beside our tombs. We cling to hope. We are rest assured of His promise.

Do you believe it?