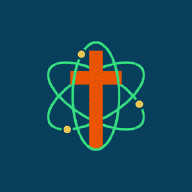 When we study the Bible there can be a propensity to interpret it, and to judge it, in light of our understanding of the sciences. Often our understanding of physics, biology, history, or archaeology, is given greater weight as evidence than what the Bible reports. This diminishes the divine authorship and inspiration of Scripture.

While there may be many examples of apparent conflict between the Bible and the sciences, one that illustrates the point is the account of Belshazzar in Daniel 5.

This account was one reason the book of Daniel is considered unreliable. Up until the late 19th century, Belshazzar was not mentioned in the historical records of Babylon known at the time. In fact, history reported that Nabonidus was the last king of Babylon.

Would you believe the Bible or archeology?

The correct answer would be to believe the written Word of God and Daniel’s account. But would you?

Fortunately, in the late 19th century, archaeology made discoveries that shed light on Belshazzar and the last days of the Babylonian empire.

You see, Nabonidus did not want to stay in Babylon and run the government. He had an interest in archeology, and travelled to old temple sites in order to excavate and repair them. So he made his son Belshazzar co-regent or co-king. Nabonidus traveled while Belshazzar ruled the government from Babylon.

This unique situation explains why Belshazzar’s reward included being made the “third ruler in the kingdom” (Dan 5:7; 5:16; 5:29). Why “third” ruler? Because the first two places were already taken!

Now if you lived in the late 19th century, and you consulted a conservative commentary for help with this passage in Daniel, you would be left wondering why the historical records did not recognize Belshazzar. You might be even more puzzled by the contortions of the commentator trying to explain the apparent discrepancy.2

What Should We Learn From This?

We need to base our understanding of Scripture on sound exegesis.

We need to approach the Scriptures with an open mind, wanting to believe what we learn.

If there is an apparent discrepancy with the sciences, we should not doubt what Scripture records. Instead, we should be skeptical of what the sciences tell us. After all, the sciences change over time, but God’s Word remains the same!