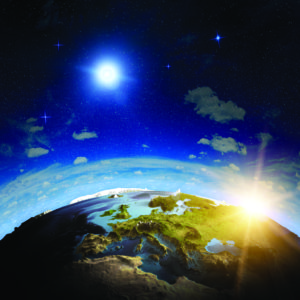 The Apostle Paul explains in Rom 1:18-23 that mankind has an awareness that the universe was designed, but many suppress this knowledge. Design is such an observable feature of living things that even biologist Richard Dawkins, an ardent atheist, begins his book The Blind Watchmaker with the statement: “Biology is the study of complicated things that give the appearance of having been designed for a purpose.” Working under the assumptions of scientific naturalism, he goes on to explain in the rest of the book how this “appearance of having been designed” is false. (See also, Stephen Hawking, The Grand Design, 180: “Spontaneous creation is the reason there is something rather than nothing, why the universe exists, why we exist. It is not necessary to invoke God to … set the universe going.”)

A modern intelligent design movement has arisen to counter the claim of scientific naturalism with great ensuing controversy.2 An analysis of Rom 1:18-32 can help to understand why there is a controversy.

God is revealing His wrath from heaven against all human beings who are without excuse, who suppress the obvious truth from the created order about God’s eternal power and divine nature, and who exchange God’s glory for idolatry. The revelation of God’s wrath consists of a three tiered abandonment to sexual impurity, immorality, and idolatry.

Verse 18 summarizes the theme of the passage. It sets forth two facts. First, the wrath of God is being revealed from heaven against all ungodliness and unrighteousness of human beings. Second, human beings suppress the truth about God.

The wrath of God is His settled hatred of sin that is continually expressed in giving people over to their sinful folly. This is more fully developed in vv 24-32. God gives people over so that they will experience the ruin of their sin and perhaps call out to Him for deliverance.

Human beings suppress “the truth.” In context “the truth” is a summary of the content of natural revelation.4 It refers to God as He reveals Himself through His works in creation and the created order.

Suppression describes an activity which is directed against the truth. It is an active opposition to God’s natural revelation through His works, opposition that seeks to hold it back. This tendency is on display in our day.

For what can be known about God is plain to them, because God has shown it to them. For his invisible attributes, namely, his eternal power and divine nature, have been clearly perceived, ever since the creation of the world, in the things that have been made. So they are without excuse (Rom 1:19-20).

Verses 19-20 serve as an explanation of how human beings suppress the truth about God. First, what can be known about God is plain to human beings, for God has shown it to them. Second, since the creation of the world, God’s eternal power and divine nature are clearly seen through what has been made. The conclusion is that human beings are without excuse.

Creation provides a partial revelation of God. God’s revelation is ongoing. He created the world out of nothing and arranged the heavens and the earth to be governed by natural laws. Everyone can know that God created the world, but the cosmos doesn’t tell us everything there is to know about God. All theological knowledge does not fall under the category of selfevident truth.5 The phrase “what is knowable” may be taken to imply that some things are unknowable. What Paul thinks of as knowable is defined in v 20 as God’s invisible attributes, specifically His eternal power and deity. These attributes are seen clearly by means of the creation of the world. That is to say, the visible creation testifies to the awesome power, and hence the Deity, of the Creator. Eternal power and Deity are amply attested by nature, but other realities are not. The gospel Paul proclaims is a special divine revelation and is not deducible from the natural world.

The objective natural revelation is evident to all human beings and bears witness to God’s eternal power and divine nature. This renders humanity without excuse in suppressing this knowledge of God. 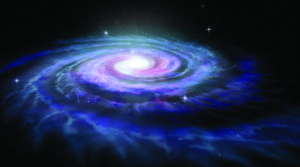 For although they knew God, they did not honor him as God or give thanks to him, but they became futile in their thinking, and their foolish hearts were darkened. Claiming to be wise, they became fools and exchanged the glory of the immortal God for images resembling mortal man and birds and animals and creeping things (Rom 1:21-23).

Mankind does not give God the honor and thanksgiving that is due Him as Creator. Their refusal starts a process. Human beings become futile in their thinking. Their senseless hearts are darkened. They become fools. Their folly expresses itself in idolatry and they exchange the glory of the immortal God with the image of a mortal man or animal.

Despite many centuries in which the intellectual elite of Western civilization have played down this simple form of argumentation, it remains as valid as ever. The view that the cosmos as we know it could have developed without the activity of a creating Agent, is in the final analysis, an absurdity. It defies all rationality and common sense. The greater the complexity of a system, the more emphatically that system testifies to a Designer…6

The supreme Intelligence that is so obvious in our cosmos, and becomes more and more obvious as new discoveries are made, is excluded from human calculations. Thus, even today, claiming to be wise, the wise have become fools.7

Instead of turning to God, mankind adopts naturalism. But naturalism cannot bridge the gap from nothing to something (creation), from something to life (complexity), and from life to self-conscious human life (consciousness). The existence of the cosmos and its finetuning, the existence of life and information, and the existence of human consciousness are among the many natural indicators of God’s eternal power and divine nature.

Anti-religious Evolutionists: These naturalists affirm that nature only appears designed, but that no actual design exists in the physical and biological realms. Their development is wholly attributed to natural processes.8 Proponents seek to show that even religious phenomena have naturalistic explanations. Examples of such proponents are Richard Dawkins, William Dennett, and Steven Weinberg.

Non-religious Evolutionists: These naturalists affirm that nature only appears designed, but that no actual design exists in the physical and biological realms. Their developments are wholly attributed to natural processes. Proponents allow that religious beliefs may be compatible with belief in naturalistic explanations of origins. Examples of such proponents are Stephen Jay Gould, Michael Shermer, and Michael Ruse.

“Weak” Theistic Evolutionists: These naturalists recognize design, but do not believe it can be empirically detectable. They accept that a Theistic Being has causally acted both during and after the initial formation of creation and who designed biological complexity via universal common ancestry during the past 4.5 billion years. Examples of proponents are Francis Collins and The BioLogos Foundation.

All three of these types affirm the recognition and detectability of real design in the physical and biological realms by a transcendent Theistic Being who has causally acted both during and after its initial formation. They differ in the age of the earth (old versus young) and the continuity or discontinuity of biological complexity.

“Strong” Theistic Evolutionists: They say that God designed biological complexity via universal common ancestry during the past 4.5 billion years. An example of a proponent is Michael Behe.

Old Earth Creationists: They affirm that God designed discontinuous biological complexity during the past 4.5 billion years. Examples of proponents are Hugh Ross and Reasons to Believe, and perhaps William Dembski.

Young Earth Creationists: They believe that God designed discontinuous biological complexity 6,000 to 10,000 years ago. Examples of proponents are The Institute for Creation Research and Answers in Genesis.

Romans 1:18-32 supports the expectation that the unbelieving world will suppress the evidence of design in creation and adopt naturalism. Intelligent design proponents should not be surprised at either the hard antagonism of antireligious evolutionists or the more respectful rejection of non-religious evolutionists.

Recently Bill Nye the Science Guy debated Ken Ham of Answers in Genesis. The debate showed that there is widespread interest in the matter of origins. Over three million people watched the live debate on streaming video with millions more watching the recorded debate over the following days. For a time, the event was the number 1 trending topic on Facebook and Twitter. The topic for the debate was “Is creation a viable model of origins in today’s modern scientific era?”

Nye presented the argument against creation, basing many of his assertions on an advanced age of the Earth.

Ham argued that there is a difference between observational and historical science: “There is a distinct difference in what you observe and what has taken place. Creationists and evolutionists disagree on how to interpret data regarding the origins of our universe, and we can’t prove either way observationally, because all we’ve got is the present. When it comes down to it, this is a battle over philosophical worldviews.”

To give another example, the current Cosmos television series suppresses the truth of natural revelation, and shows antagonism towards it. The first episode began with the late Carl Sagan’s words from the original series: “The cosmos is all that is, or ever was, or ever will be.” This is not a scientific observation but instead a philosophical assertion of naturalism.

Human beings suppress the truth of God’s natural revelation. Thus discussion of the topic of creation’s witness to a Creator may lead to an opportunity to present the message of everlasting life. It is the Holy Spirit working with the proclamation of the life message that can overcome the suppression of the truth and bring people to the point where they might believe the promise of Christ for eternal life.

2. Stephen C. Meyer presents a good summary of the controversy in the paper “A Scientific History – and Philosophical Defense – of the Theory of Intelligent Design” which can be found at http://www.discovery.org/ scripts/viewDB/filesDB-download. php?command=download&id=3241 (accessed 3/10/2014).

4. Natural revelation is the revelation of God through creation. Passages like Psalm 19:1-4 and Romans 1:18-20 express the fact that creation declares and shows God’s power and divine nature.

8. The descriptions of the various views are adapted from Marcus R. Ross, “Who Believes What? Clearing Up Confusion over Intelligent Design and Young-Earth Creationism,” Journal of Geoscience Education, 53 (3), May, 2005, 319-323. A PDF file is available at http://serc. carleton.edu/files/nagt/jge/abstracts/Ross_ v53n3p319.pdf (accessed 3/10/2014).