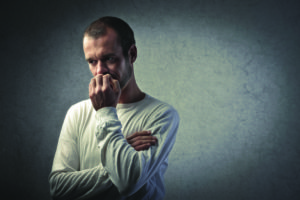 Question: If assurance is of the essence of saving faith, why does 1 John 5:13 imply that these believers might never have known that they had everlasting life?

Answer: Does the text really imply this? What we know is that John desired that they possess absolute certainty of their everlasting life. Does he suggest that they never possessed certainty? Or have they lost (or might soon lose) their certitude?

Important clues about the readership of 1 John often escape us. Rather than addressing believers within one congregation, it lacks the personal greetings of John’s other epistles. Thus, it may well address leaders of several churches under John’s care (perhaps the seven churches of Asia). Zane Hodges argues:

. . . First John might have actually been intended for the leaders of the various churches to which it went. There are indeed indications within the epistle (2:12-14; 2:20; see Commentary)1 that the readership is regarded as spiritually mature [“you are strong, God’s word abides in you, and you have overcome the evil one”]. In that case, the First Epistle was intended to fortify the leaders who would bear the major burden of resisting the false teachers.2

A leader lacking absolute assurance would be weak and overcome by the evil one, lacking the abiding Word of God (contrary to 1 John 2:14). Identifying readers is crucial for the following analysis.

Why did John address these leaders? He did not write correctively (as if they already lacked assurance).3 1 John 2:24-26 explains that he wrote preventatively to counteract deceptive teachers:

These things I wrote to you concerning those who [seek to]4 deceive you [and your congregations].5

The Readers Were Already Believers

The false teachers denied that Jesus is the Christ (1 John 2:22). By contrast, John calls his readers believers, i.e., ones who believe His promise of everlasting life (1 John 5:13). In that light, 1 John 5:13 offers reassurance, not initial assurance.

The context of 1 John 5 further strengthens the case. In 1 John 5:13 the these things refer back to 5:6-12. In the closing section (5:10-12), John returns to the issue of believing God’s testimony or disbelieving it:

So then, why does John urge leaders who presently believe Jesus’ promise of everlasting life to continue knowing that they have life? If they were to lose their assurance, their resultant teaching would undermine the certainty of their congregations. 1 John 2:26 tells leaders that he wrote 2:18-25 preventatively to counteract the false teachers that sought to deceive them. In turn, these leaders would need to minister to their assemblies both correctively and preventatively. That is, some congregants may have had their confidence undermined, while others were in danger of losing it. The promise of everlasting life is an essential part of the message.

John sought to prevent leaders of congregations from developing spiritual-amnesia. If they were to forget that they are God’s children who have everlasting life, they would join the false teachers in undermining the congregation’s certitude of everlasting life. Let us not forget that God testifies through His crucified and resurrected Son that the life He promises is everlasting— guaranteed forever. The promise is at the heart of the message of life that leaders (and congregants) should proclaim.

3. The preceding shows that the readers were leaders in whom God’s word abides and who had overcome the evil one. These leaders had not succumbed to false teachers, so this is preventative, not corrective.

6. The uses of [continue] do not rest solely upon these being present subjunctives. Rather, the basis for this is that the addressed leaders have God’s word abiding in them and have overcome the evil one. They have not caved in to false teaching. John desires that their certainty of everlasting life would continue.

A careful look at 5:10 helps. A believer who has lost certainty that Christ has guaranteed him/her everlasting life still possesses it. Though true, this truth is not the point affirmed by 1 John 5:10. Instead, the verse’s assertion, “has the testimony in himself,” means, “can himself testify.” One who has lost assurance could no longer truthfully testify, “I have everlasting life,” despite still possessing it. This understanding of 5:10 supports adding [continue] twice in 5:13.