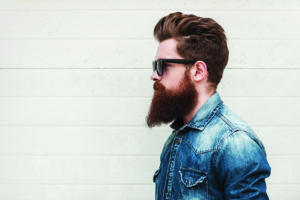 Jesus possessed a genius for powerfully communicating truth to everyone. He used the language, customs, and everyday realities of his listeners’ lives in his teaching. Jesus and the apostles shaped their message in a way that would be understood by a culturally, ethnically, and religiously diverse world.

In our day and age, wouldn’t it be wise to follow their example?

In the last fifty years or more, the West has undergone a major historical shift, comparable to the one that took us from the medieval to the modern era.

We have entered the postmodern era.

We’re not all of the way in, but that is only a matter of time.

So what do we mean by postmodernism, and why should we care? At its root, it is a shift away from belief in universal objective reality toward a reliance on personal subjective perception.

Recognizing that shift should change the way we witness.

A few years ago Canadian author Bryan Fraser wrote a book called Winning a Generation Without the Law: Essentials of the Gospel for a Postmodern Culture. Fraser says insisting on notions of absolute, natural, or divine morality in our pre-evangelism is a non-starter with people who do not accept anything as absolute.

How then do we communicate the good news to postmoderns? Here are five suggestions.

Everything Old is New Again

First, think of postmodernism as an opportunity, not as a catastrophe. Fraser points out that if we are surrounded by a religiously diverse culture that shares little if any of our worldview, we are operating in an environment very similar to one we find in the NT.

If the good news prospers in a hostile society, why do we complain about it so much? Because it makes life tougher for us! We are less at home, less popular,and forced to adjust the way in which we communicate our message in order to be understood. Eventually, we will face persecution. But we are meant to be light shining in the darkness, are we not? Our role is not to curse the darkness or light a candle, but to be the candle (Matt 5:14-16). When we encounter the darkness, answering not only with Biblical truth but also as servants of grace will matter most.

If we live in a society that worships the creation rather than the Creator, then we live in the same world as Paul (Rom 1:18-23).

If the world considers everything it reads to be a matter of personal interpretation, then we live in the same world as Peter (2 Pet 1:20-21).

In other words, we are living in a society that is becoming more like the one that God chose to invade 2000 years ago, and where the good news about Jesus spread like wildfire!

Second, emphasize the free gift of life instead of sin-guilt.

Perhaps this is controversial for some of us, but it shouldn’t be, given our reading of John’s Gospel, and our rejection of repentance from sin as a condition for receiving eternal life.

You need not convince someone they are a sinner if they are already haunted by death.

In other words, postmoderns should already be open to the promise of everlasting life.

Remember that we Christians speak a different language, with words like grace, redemption, justification, whose meaning can differ for non-Christians. And they use different words and meanings as well.

Instead of showing contempt for their language, learn it, and then speak it with them. This is making an effort to step out of our bubble and enter theirs—which is nothing more than becoming “all things to all people” (1 Cor 9:19-23). Paul displayed this kind of accommodation at the Areopagus in Athens (Acts 17:22-31), referring to their religious beliefs and monuments, and quoting from their literature.1

If I want to know how a friend is using a word or phrase, I simply ask. This is how you avoid talking past one another.

Fourth, tell stories—about yourself, others, and Jesus.

Stories are personal, meaningful, well remembered, and can’t really be argued with.

For postmoderns, who value experience and use it as a guide to personal truth, story looms large. After listening to their stories, and speaking their language, you will have an opportunity to tell your Jesus story.

Fifth, love like Jesus (Eph 5:2). Postmoderns will judge how “true” you hold your Truth to be by the extent to which they can see you living it out.

If Jesus is your Truth, the greatest validation of that will not be apologetics, it will be His character shining forth from you in love. So carefully look upon Jesus and His example (John 13:15). Empathize, listen, and find common ground. James tells us to be quick to listen and slow to speak (Jas 1:19). Share yourself. Be open, generous, and available. Treat people in your life as persons, not projects. If you’ve ever been someone’s project, then you know how it feels, and wouldn’t choose to treat someone else like that.

A good test of your attitude is to answer this question honestly: Will you remain their friend if they do not respond to your witness?

What the Spirit has taught me over the last ten years is that my mission is not to dismantle a person’s worldview but to show them the Way, to be the candle, and to represent Jesus to them. If they come to believe, the Lord can adjust their worldview in due course.

So I ask, “Lord, if you were standing right here, what would you say to my friend? What do they need to hear?”

Guess what? The answer has never been a canned recitation of The Four Spiritual Laws.

Instead, like Philip and the Ethiopian, it’s a message for that person. It is a message of life, everlasting life that can never be lost.

We are ambassadors of Jesus, bringing an appeal for peace with God, not a threat of war (2 Cor 5:20)—and by God’s grace, the gates of postmodernism shall not prevail against it. That is because a person’s foundational beliefs do not make it impossible to reach them, if we take the trouble to adapt our approach (our language and emphasis), but not the content of the saving message, to their worldview. For that reason, we don’t need to defeat postmodernism in order to reach our generation for Jesus.

Steve Dehner is a writer and photographer. He lives in Forest Grove, OR.

1. At the Areopagus Paul does not quote the Hebrew Scriptures, and quotes Epimenides and Aratus, both pagan poets, in v 28. Also, before the Gentiles at Lystra (Acts 13:15-17), no quotations from the Scriptures were used. Yet in both cases, a clear Biblical message was presented.