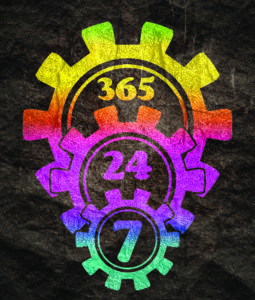 A few months ago, I attended a three-day prayer summit with a group of pastors and ministry leaders. I came away from that time encouraged and energized. I was reminded that God never stops working.

That is one of several truths we discover in the Lord’s raising of Lazarus from the dead as recorded in John 11.

If you are familiar with the story, you know the highlights. Lazarus was sick and died. Jesus arrived at the scene four days later. He had a discussion with Martha. He raised Lazarus from the dead.

But let’s dig a little deeper.

KEEP YOUR EYES ON MARTHA

In vv 1-2, John introduced the situation: “Now a certain man was sick, Lazarus of Bethany, the town of Mary and her sister Martha. It was that Mary who anointed the Lord with fragrant oil and wiped His feet with her hair, whose brother Lazarus was sick.”

John also identified Mary as the one who anointed Jesus with fragrant oil and wiped His feet with her hair, even though that event occurs in the next chapter, John 12. So, at this point in the narrative, Mary is the sister highlighted, not Martha.

But keep your eye on Martha as John continues reporting.

John reported in v 3 that when Lazarus was ill “the sisters sent to Him, saying, ‘Lord, behold, he whom You love is sick.’”

Based on what they had already observed and knew of Jesus, the sisters knew that Jesus was the One who could heal Lazarus. It made sense, then, that they sent word to Jesus. They assumed that He would drop everything and hurry to Bethany to heal Lazarus before things got worse.

Yet that was not what happened: “When Jesus heard that, He said, ‘This sickness is not unto death, but for the glory of God, that the Son of God may be glorified through it.’”

That sounded like good news, i.e., the sickness wasn’t fatal. The Son of God would be glorified. No one questioned it, likely because no one understood what He meant.

But v 4 needs to be understood in the context of the next two verses. Let’s take a close look at v 5: “Now Jesus loved Martha and her sister and Lazarus.”

Take careful note of the order described by John. Up to this point, the sisters were known as Mary (1st) and Martha (2nd). Lazarus was the one who was sick, described by his sisters to Jesus as “he whom You love.” Yet it was Martha who is listed first as the ones loved by Jesus. Mary is not even mentioned by name, but is simply “her sister.” Lazarus, the one who was sick and died, is mentioned last. The order is significant, as the context of unfolding events demonstrates. 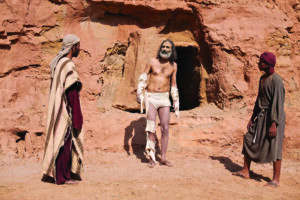 WHAT LOVE WOULD DO

Immediately after stating this truth, in v 6 John described Jesus’ next action done in the context of that love: “So, when He heard that he was sick, He stayed two more days in the place where He was.”

John tells us in v 17 that Lazarus had been dead for four days when Jesus arrived in Bethany. Most commentators believe Lazarus died while the messengers were coming to Jesus, likely a one-day journey. Jesus already knew that he was dead (see vv 13-14). So, Jesus’ response to the news was shocking—He stayed where He was two more days. That doesn’t line up too well with our understanding of love, does it? If any of us had received similar news about someone we love, we would drop everything and do whatever it took to get to where that loved one was.

And yet Jesus “loved Martha, her sister, and Lazarus.”

Moreover, this sickness “is so the Son of God may be glorified through it.”

Who would be the first to observe the glory of the Son of God described in verse 4?

Who in v 5 was listed first of those loved by Jesus?

Who was the one who, upon hearing that Jesus had arrived, went out to meet Him face to face?

Look at v 20: “Now Martha, as soon as she heard that Jesus was coming, went and met Him, but Mary was sitting in the house.”

Mary stayed in the house, mourning her brother’s death. Martha went out and met Jesus, face to face, in her moment of despair, when Jesus did not seem to be working. But He was working! God never stops working on behalf of those whom He loves.

What’s more, Jesus didn’t scold her or chastise her. He listened. He understood.

And because we are in Christ, we can do the same thing: we can lay our hearts bare before the Creator of the universe.

The Apostle Paul tells us that we can bring everything to God in prayer (Phil 4:6). The writer of Hebrews urges us to come to God boldly with what is on our hearts (Heb 4:16).

Instead of explaining why He delayed coming or why Lazarus died, Jesus pivoted the discussion to a new topic: life after death. Notice His response to Martha in v 23: “Jesus said to her, ‘Your brother will rise again.’”

Martha thought she understood what Jesus meant. The Jews at that time believed that one day the believing dead would be raised to life to live with their Messiah in His kingdom (see passages such as Job 19:25-27; Dan 2:24-45; 7:9-14, 26-27; 12:1-3). She knew that Lazarus was a believer and thus he would rise again on the last day. But she did not know that he would rise from the dead in a few minutes.

Jesus made one of His famous “I am” statements at this time: “I am the resurrection and the life. He who believes in Me, though he may die, he shall live. And whoever lives and believes in Me shall never die. Do you believe this?”

(For a thorough explanation of the significance of Jesus’ declaration here—that He promises physical resurrection and life that lasts forever—I highly recommend studying The Grace New Testament Commentary. Space does not permit a more exhaustive discussion.)

Consider for a moment the fact that Jesus could have healed Lazarus remotely by simply saying a word (as He did in Matt 15:21-28). It certainly would have been a magnificent miracle if He healed Lazarus while the messengers were on their way. When they arrived, He could have said, I healed Lazarus as soon as you set forth on the journey.

But Jesus didn’t. He waited. For two days, plus the one-day journey there.

Why is that significant?

Why did Jesus wait?

Because He loved Martha, her sister, and Lazarus.

He loved Martha so much that He took the occasion to give her the opportunity to make the greatest confession in John’s Gospel: “Yes, Lord, I believe that You are the Christ, the Son of God, who is to come into the world” (John 11:27).

Compare that with John 20:31, the purpose statement. John 11:25-27 has been used to lead untold millions to faith in Christ.

We are not told of all the mighty miracles and fantastic teaching that the Lord Jesus did during those three days after He received word that Lazarus was sick. But He was busy doing His Father’s business, even when Lazarus was dead, buried, and decaying.

However, we are told of the miracle of raising Lazarus from that state of death and decay. This was the seventh of the Lord’s eight signs (the eighth being Jesus’ death and resurrection, John 2:18-22) that John recorded, the purpose of which was to lead the unbeliever to believe that Jesus is the Christ, in whom we receive everlasting life. So, the Lord’s apparent delay was in fact part of His perfectly timed plan to lead future readers of John’s Gospel to believe in Him.

Are you in a season of your journey with Jesus where He seems to be absent? Where He doesn’t seem to be answering you when you pray? When He seems to have stopped working in your life?

Remember that even when it seems like He’s not working, He never stops working.

Chris Clark is a graduate of Southwestern Baptist Theological Seminary in Fort Worth, TX, and he was the Pastor of East Clairemont Church in San Diego, CA for 24 years (1998-2022). He and his wife Terri have 4 kids, 2 grandkids, and are moving to Waterford, MI.