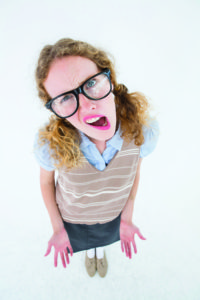 Did you understand the gospel the first time you heard it?

I sure didn’t. I was in church sporadically for at least five years before it ever clicked for me.

I don’t know why I didn’t understand it right away. Was it because I wasn’t spiritually ready to hear it? Was it because no one ever explained it to me in a way that I could understand? Did the preachers use vague “Christianese” that left me in a mental fog? Or was I confused for so long because I only ever heard a confusing gospel message?

Maybe that’s your problem too. If you doubt your salvation, it could be because you have only ever heard a confusing gospel message.

Here’s an example of what I mean.

A young missionary who wanted to raise money recently met with a pastor friend of mine. He didn’t know her and she didn’t know the church, so they met to discuss what she believed about the gospel and how she would share it with others.

“Well, I was raised in a Christian family,” she began. “And although I was baptized at summer camp, I only gave my life to Christ five years ago. That’s when the Lord really touched my heart. I just felt His special presence, which was so amazing. Now I have a passion to reach the lost with the gospel. I believe the Lord wants me in the mission field.”

“So you know you are saved because you gave your life to Christ five years ago?” the pastor said. “And you had some sort of spiritual encounter?”

“And how do you share the good news with unbelievers? What’s the message you tell them?”

“I tell them about Jesus being the Son of God, how He died on the cross for sin, so if anyone who receives Him into their hearts will go to heaven.”

“Because that’s not what we believe.”

“It isn’t? Isn’t this a Bible church? Aren’t you Evangelicals?”

“Yes. But here’s the problem. What you just shared is very confusing. It’s not a clear saving message. We only support missionaries who share the gospel clearly.”

We’ll return to that conversation in a moment. But for now, did you notice anything unclear with what the missionary said?

If you were an unbeliever hearing about Christianity for the first time, would you think that her message was clear?

How about some other popular “evangelistic” phrases?

“If you want to be saved, you need to ask Jesus into your heart.”

“If you want to know the Lord, then won’t you come forward today?”

“You can go to heaven, if you just say this Sinner’s Prayer.”

“If you want to be saved you need to believe in Jesus with your heart, not just your head.”

“It isn’t enough to just mentally believe in Him, you also have to trust Him!”

Haven’t we all heard altar calls like this? Maybe you’ve even shared one of those messages with an unbeliever? Do you think they’re clear?

Having two toddlers has made me very self-aware of how I explain the things of God to them. It’s so easy for them to misunderstand. You have to be extremely clear and simple.

So imagine if you told a little child that in order to be saved, they had to ask Jesus into their hearts.

How would they understand that?

She would think that Jesus must be very small to fit inside a heart. Or He might be like Santa Clause, able to magically slide down very narrow places.

She would probably wonder what it felt like to have Jesus in there. After all, it would feel like something, wouldn’t it? But what? She wouldn’t be sure.

If she did feel something, but later lost that feeling, she would wonder if she had done something to upset Jesus to make Him leave. She might wonder why Jesus didn’t love her like the other kids in church.

And then, after years of seeking an experience but never having a consistent one, after years of deviating between faith and doubt and never being sure if Jesus was really in her heart, the grown up child might give up on Christianity altogether. All because she never heard, understood, or believed a clear gospel message.

The Reason Why It Is Confusing

So back to the conversation with the missionary. Why did the pastor say her message was unclear?

Compare her message to one from Jesus’ own ministry.

The Lord was having a conversation with a Jewish religious leader named Nicodemus about how to be born again. Nicodemus didn’t know the truth about how to have eternal life. So Jesus told him:

So simple. So clear. So powerful.

If you believe in Jesus, you have everlasting life, and won’t ever perish.

Now can you see why the missionary’s message was unclear?

She didn’t explain any of the essential elements of the message of life!

First, she didn’t explain what we are supposed to do: believe in Jesus.

Second, she didn’t explain what we are believing in Jesus for: everlasting life.

Third, she didn’t explain when we get eternal life: believers have it as a present possession.

Fourth, she didn’t explain that what we get is permanent: believers shall never perish.

The young missionary missed every single one of those points. She didn’t make any of the elements of the promise of life clear in her testimony or in her evangelistic message.

Yes, she spoke about giving her life to Christ and receiving Jesus into your heart. But that’s not at all the same as telling people to believe in Him.

Yes, she wanted to tell people that Jesus is the Son of God. That’s good. But you can believe that and also believe in salvation by works.

She spoke about going to heaven. That’s good. Believers will go to heaven (for a while…until the Millennium and the New Earth). But you can believe that and deny (or not know) that everlasting life is both a present possession that it can never be lost.

She wanted the lost to feel Jesus’ special presence. The Christian life should be one of joy and abundance. But someone could have fuzzy feelings about Jesus and think their eternal relationship with God depends on doing religious works, instead of believing in Him.

What the missionary said wasn’t necessarily wrong, but it wasn’t clearly true. And it definitely wasn’t evangelistic. In fact, it left out all the essential elements of an evangelistic message.

Jesus Is Our Model

When we don’t share a clear gospel message, using plain English, the result can be disastrous. Generations of Christians are left confused about the only condition for eternal salvation. And since they never know what the condition is, they can’t believe it, or be sure if they’ve ever met it. Instead of certainty, what they get is anxiety and doubts.

If no one ever made it clear to you where you’re going, or how to get there, how would you know if you’ve arrived? Obviously, you wouldn’t!

Eternity is no different. The lost need clear directions. So do doubting Christians.

Is that why you doubt your salvation? Have you believed the clear message of life? Will you believe it now?