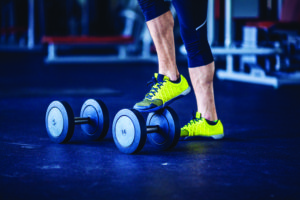 One day, a young mother wanted to get fit. She heard about a wealthy benefactor who founded several gyms and endowed them with enough money so they could be free and open to all. However, when she visited the gyms and asked about joining, she found they had changed their policies.

The first gym now charged $50 a month, but if you didn’t have enough money, they would accommodate your budget.

The second gym was free to join, but cost $75 a month to keep your membership.

The third gym claimed to be free, but said that paying $100 a month was an inseparable part of being a member.

The fourth gym also claimed to be free, but said if you were really a member, you’d pay anywhere between $50-150 a month to prove it.

By contrast, the fifth gym was still completely free and open to all.

So the young mother joined the fifth gym and used the money she saved to help her family and neighbors.

In the parable, the founder of the gyms intended for them to be free. He gave enough money to fully support them in perpetuity. However, over time, the gyms began charging for membership, violating the founder’s express wishes.

Something similar has happened with salvation.

Jesus offers us everlasting life for free. He gives it as a gift, through faith in Him, apart from works:

“For by grace you have been saved through faith, and that not of yourselves; it is the gift of God, not of works, lest anyone should boast” (Eph 2:8-9).

Jesus’ death on the cross fully paid for our salvation. No works from us are necessary. Nevertheless, over time, churches have added works as a condition of salvation. They do so in different ways, some more subtle than others.

Some churches openly teach salvation by works, but are very accommodating about how many you need to do.

Some churches say we are initially saved by grace apart from works, but say we need works to stay saved.

Some churches claim to believe in salvation by faith apart from works, but then teach that doing works is part of what it means to believe.

Still other churches claim to believe in salvation by faith apart from works, but say you can’t know if you’re really saved unless you do good works.

Finally, there are Free Grace churches.

When I use the term “Free Grace,” I am not referring to a denomination. I am referring to a school of theology in contrast to other schools of theology, such as Calvinism, Lutheranism, Arminianism, Thomism, Adventism, Wesleyanism, Augustinianism, and so on.

People from many different denominations and churches are Free Grace in their beliefs.

Free Grace folk can be found everywhere—wherever people have heard and believed the simple promise of John 3:16, that by simply believing in Jesus for everlasting life, you have it, and will never perish.

So far as I know, Free Grace folk are the only ones who teach that salvation really is free.

So far as I know, they are the only ones preaching that salvation really is by faith apart from works.

That is, you don’t need works to earn, keep, prove, or be assured of salvation.

It’s all by faith in Jesus.

It’s all thanks to His work, not ours.

Don’t get me wrong. Our good works are useful for many different things, especially for helping our neighbors. That’s why Jesus commanded us to love them—because our neighbors need our love. They need our help. They need our acts of charity and mercy and generosity.

Works are useful. But they are not a condition of having everlasting life.

Eternal salvation is by faith alone, apart from works.