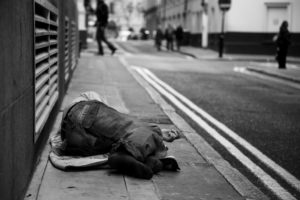 I was listening to a podcast by Paul Zahl entitled “A Disease I Do Not Have the Courage to Name.”

The title comes from a now out-of-print book entitled My Son Is a Splendid Driver, set during the Great Depression. In it, the protagonist’s mother is given a deadly STD by her husband, a traveling salesman. She feels ashamed—too ashamed to go to church.

“Mother had stopped going to church. ‘Church isn’t the place to go with your troubles. Church is just a place to go when you’re feeling good and have a new hat to wear.’ There was a little bitterness in what she said, a little self-pity, but there was also truth. Our minister would have been the last person in the world she could have talked to, to have lifted the curse she felt upon her and save her from feeling damned. She would have embarrassed the man into speechlessness had she gone to him with her story. He would have been unable to look at her or my father without coloring.”

Am I an unapproachable pastor?

Am I the last person who could relate to a woman who caught an STD from her husband?

If that were the case, what would that say about my religion?

Glad to Eat with Jesus

I thought about Jesus. He ate with sinners. He was well known for it. In fact, sinners wanted to eat with Him. After Jesus called Levi (Matthew) to be a disciple, he threw a banquet for the Lord, provoking some gossip:

The Pharisees and their scribes began grumbling at His disciples, saying, “Why do you eat and drink with the tax collectors and sinners?” (Luke 5:30).

At church, we just finished going through Galatians. My emphasis throughout the series was how Paul distinguished between law-religion
and grace-religion, between law-thinking and grace-thinking.

Hence, it’s not surprising to me that it was the teachers of the Law (i.e., the scribes) who objected to Jesus’ eating with tax collectors (i.e., collaborators and traitors) and sinners.

That’s all the law can do: condemn.

The law doesn’t see people, but perpetrators. It reduces people to their sins and tells you why they should be rejected.

No wonder sinners find that sort of religion unapproachable. No wonder sinners weren’t keen to eat with the Pharisees and scribes (assuming the opportunity ever came up). And if that’s the kind of religion depicted in My Son Is a Splendid Driver, no wonder the mother was too ashamed to go to church.

I recently took a break from preaching in Ephesians to discuss Luke 5:30. I told the congregation some of my experiences working with “street people” in Montreal.

I was in my early twenties.

But wanting to serve Jesus and live the Christian life.

So I decided to reach out to the homeless, of which Montreal has plenty.

I didn’t do the ministry with an organization. I did it on my own time, with my own money, with a couple of other Christian friends, but often on my own.

I’d go out on Friday nights with a bag of sandwiches and a couple thermoses of homemade soup. I told my congregation how it sometimes
took weeks, if not months, of regular contact before I could even get a genuine hello out of some of the panhandlers I met, but, eventually, I had a few breakthroughs. I even got invitations back to their places.

There was a group of pretty fearsome (on the outside) punks who eventually got used to me. They looked like what you would expect—
mohawks, face tattoos, piercings, leather. I offered to buy them groceries if they told me where they lived. So they did. And the next week
I brought them groceries, enough for all of them. I did the same thing two weeks later. And then two weeks after that. And again. And again.

I’d get to this decrepit three-story apartment building in the worst part of town which no one in his right mind would come near. As I walked up, one of the punks might growl, “What the &$%# do you want?” and then one of the others would say, “No, no, he’s cool,” and they’d let me in.

I got to know the guy who signed his name on the lease, a big ‘ole punk nicknamed Fats. And once Fats said it was cool for me to be there,
everyone else fell in line.

I got to know a few of them.

One day, they even asked me to stay for supper, and they cooked the steak I bought for them. It turns out…they were just kids like me.

Some from normal homes.

Others from nightmarish homes.

Most of them made poor choices over and over again.

Others had poor choices thrust on them by their parents, and they were just doing what they knew.

The bottom line is they were just people who needed love and grace like anyone else. And once they saw I wasn’t in it for anything other than to show some kindness to them, no one objected to me being a Christian. No one.

At first, if I started with a gospel presentation, then I was met with eyerolls and rejection.

That happened with the punks.

That happened with some Native Americans.

That happened with several street people.

My point to my congregation was that I’m no prude. I’ve seen a lot of human depravity (including outside of my own heart!), and I’ve witnessed first hand some very terrible consequences of sin. And frankly, I’m not shocked by it. Not anymore. It doesn’t make me speachless. My face doesn’t go red. And more importantly, I don’t think any of it puts you out of the reach of God’s grace.

Sin is sinful, but grace is greater.

Coming back to Jesus, in answer to the accusation made by the scribes and Pharisees, the Lord said:

I can’t say I had any spiritual breakthroughs with any of those kids. However, I did re-connect with one of them through Facebook a few years ago. Frankly, I was glad to find out they were still alive. None of those kids expected to live past thirty. Many didn’t. I asked if they remembered me. And that kid, now an adult, answered, “I’ll never forget you.” I cried. I really did. I hope that line of communication stays open because there’s still good to be done, grace to be shown, and good news to be shared.

For whatever reason, as small as we are, our little church has seen some very marginalized people come through its doors.

When I started pastoring, I thought I’d be teaching the Bible to upper-middle-class theology nerds.

God has put me in a place where I’m meeting people who have hard lives: homeless, just out of prison, burnt out, struggling with drug addictions, or barely keeping their families together.

There are “normal” people, too, but their lives are full of anxiety, and trouble, and the pressures of trying to “make it” in life while the world tries to draw them away from Christ.

Actually, I make it a point to end every sermon with grace. Not law. Not a to-do list. Not an application. Nothing that calls them to do or to be or to change their behavior. Those things might come out in the sermon, but not at the end of the sermon. I end with grace. I end with some way that Jesus brings salvation “to you.”

Our church needs to do better reaching out to the people who come through the doors. We need to do better in loving them and expecting them to be there.

Or it should be.

I’d like to be a pastor with whom it doesn’t take any courage to name your disease.

And I’d like to be a church where sick sinners want to go, and where they know exactly why they’ve come—because the Great Physician is there to love and heal them.

Shawn Lazar is the Editor of Grace in Focus magazine and co-host of Grace in Focus Radio. He is married to Abby, and they have three children. He is the pastor of Gateway Baptist’s Faith Fellowship in Denton, TX (www.faithfellowshipdenton.org).