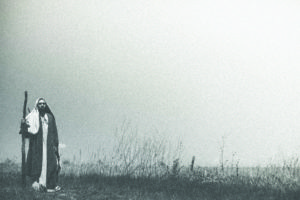 Paul’s sermon in Antioch of Pisidia falls naturally into a threefold division:

Eight is the number of new life, new beginnings, and resurrection.

In bringing to Israel salvation through Christ, (v 23) God, as it were, renews His grace to His ancient people. A new era of His grace is now opened if the nation will accept Him. In Christ, the Old Covenant terminates and the New Covenant begins. (For more on the New Covenant cf. Isa 55:3 quoted in v 34.)

The salvation of God for Israel in the present is now stressed. The theme of the section is the death, burial, and resurrection of Christ (the gospel, cf. 1 Corinthians 15. Note euangelizometha, v 32). They are addressed in v 26 as huioi Abraam, i.e., the legitimate heirs of the gracious dealings with Israel outlined in vv 17-25.

The for (gar) of v 27 perhaps implies the movement of the message to them is somehow causally related to the rejection of Messiah by those at Jerusalem. It is as though God would now put the issue to them—will they endorse or reject the action of their brethren? “God sends the word to you now (note the emphatic hēmin of v 26), for your fellow countrymen have crucified this Messiah. Will you act as true sons of Abraham, and as true God-fearers? Or will you bring divine judgment upon yourselves?” (cf. v 41).

Note the appeal to OT prophecy in vv 27-29 and the implied appeal to these synagogue gatherers to heed the voices of the prophets which they read and heard every Sabbath day.

Ignorance About the Messiah

Verses 27-29 crystallize three facts regarding the death of Messiah:

Verses 30-31 record God’s triumph over man’s ignorance and the proof of this in the form of witnesses. From this triumph proceeds the application of vv 32-37.

The Twelve have their witness to the people (ton laon is probably to be understood as a reference to the nation in Palestine). “And we you evangelize…” (v 32). The emphatic pronouns provide the contrast with the last clause of v 31:

Hence, Paul already senses his special mission abroad as distinct from the ministry of the Twelve to Israel in the land (cf. Galatians). This is the larger work whereunto he is called. Doubtless, Paul conceived this as obedience to his commission received at conversion (cf. 9:15-16; 26:16-18). This missional self-consciousness doubtless accounts for Paul’s emergence into the foreground at this point.

The term promise in v 32 is surely most naturally construed as the promise of Messianic salvation (cf. v 26). The events mentioned in vv 27-31 do not nullify the promise, but by the resurrection, actually completely fulfill it. The decree of Ps 2:7 is now unalterably fixed and, as in the Psalm, judgment is sure for those who reject Him (Ps 2:12 and v 41), but those who trust Him are blessed (Ps 2:12 and v 34ff). And the new covenant with its “sure mercies” becomes a viable offer in Him who saw no corruption.

A key to what follows is found in the intensive ekpeplērōke, i.e., “completely fulfilled” (v 33). The resurrection (v 33) brings the promise made to the fathers to complete fulfillment and certitude. The quotation from Psalm 2 is against the background of rebellious rejection (cf. Acts 4:25-28) and over this, complete triumph is seen in God’s rising of Messiah. His Sonship is pre-eminently affirmed in the resurrection (cf. Romans 1) and enriched in meaning. This is the good news of the promise that Paul proclaims to them—complete fulfillment thereof. 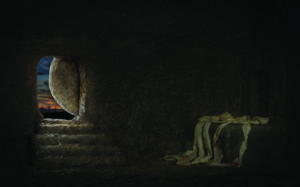 The Messiah Was Raised Up

The change of verb from raised (ēgeiren) in v 30 to having raised up (anastēsas) in v 33 may be due to a broadened concept of the resurrection such as is implied in Psalm 2.

The Messianic Sonship begins in earnest at the resurrection. “This day have I begotten thee” (cf. Rom 1:4). Not that it was not true before, but now God has truly “raised up” a Messiah who is all that Messiah was ever prophesied to be. Hence, He can now give the sure mercies of David (v 34). Anastēsas is thus somewhat of a wordplay on the idea of “raising up” since it is not in meaning confined to the strictly literal sense of this.

In v 34, the hoti is causal. Because of the resurrection, irrevocable in its effect on Messiah, God offers the “holy things” (ta hosia) of David. Ta hosia refers to the benefits of salvation (cf. v 26), such as forgiveness of sins (v 38). Note the plural [Dōsō hymin], and compare the context back in Isa 55:3—it is an offer by God to the people “of salvation.”

Note that throughout, David is the prototype of Messiah. Though these are the holy things [ta hosia] of David, they are administered through Your Holy One [ton hosion sou] who saw no corruption, i.e., David’s Son.

Dia kai (v 35)—“for this reason too,” i.e., “this too is the reason why in another place he says…” The resurrection accounts for the offer quoted from Isaiah 55 as well as for the statement of Psalm 16. The Apostle wishes to place the two Scriptures side by side, the connection being latent in the ta hosia and ton hosion, to bring out their application to Messiah. Such statements cannot be applied to David since he served only his own generation. But the resurrection of Christ makes the ta hosia absolutely sure (note ta pista in v 34) to all generations. (They are Davidic hosia because Messiah is Davidic in lineage.)

Note, whereas David’s service was confined to his generation, Christ’s service is for all generations to come (v 34, cf. Isa 55:3 for an everlasting covenant). David’s falling asleep was by the plan of God, while Christ’s death was a violent one by the sin and ignorance of man (vv 27, 28). Of course, it, too, was part of God’s plan, but the contrast is what is important here.

Messiah’s body was, for a brief period, mellonta hupostrephein eis diaphthoran, but actually never saw that corruption. It was no longer a possibility for Him because of the resurrection. Thus, Messiah can guarantee to Israel what David could not, because David saw corruption.

Here is a synthesis of the structure of Section II of the sermon:

The facts of the logos:

The application of the logos:

2. The promise proffered because of the resurrection (vv 34-37)

This is the final appeal. Among the ta hosia now offered to Israel are:

Yet the conclusion of the sermon in vv 40-41 seems to indicate a prescience of rejection. Note especially the you will by no means believe (oumē pisteusēte) of v 41. Even in the expression Gnōston oun estō (v 38) there is something of an implication that the message must at least be made known to them, whether or not they will hear. Hence the gar of v 27. Even the Jews of the diaspora must be allowed to ratify the rejection and sin of Jerusalem. A judgment is clearly implied in the word perish (aphanisthēte, v 41),but not until the despisers have looked (idete) and marveled (thaumasate).

Thus, the conclusion, while containing a true offer of salvation to any individual who believes (v 39), is freighted with implications of imminent rejection and divine judgment. The section prepares for a concrete realization of the typology in Sergius Paulus and Elymas.

There is a threefold division to the sermon’s sequel in Antioch:

2. The evangelization of the Gentiles the following Sabbath and subsequently (vv 44-49).

First, the sermon aroused Gentile hunger and Jewish faith—excellent results for any message. There was follow-up in terms of exhortation to continue in God’s grace—not to continue in His salvation, which was certain, but in the sphere of His grace (cf. Gal 5:4). Especially needed for Jewish converts, but also for all. How soon after salvation by grace do we often instinctively drift into living by law! (Cf. v 39. Also, Galatians was written to this area.)

Second, the Jews had never had such success and were “evangelistically” jealous (cf. v 45). At once they become Elymases in their opposition to Gentile faith. They are just as ineffectual (cf. vv 48-49).

Verses 46-47 set forth, at the very outset of Paul’s missionary career, the principles upon which it moves:

1. Jewish privilege entitles them to a first hearing of the gospel.

2. But God’s purposes according to Scripture include Gentile salvation.

The soul that thrusts away so gracious a word of God only passes judgment on his own deserts. He is unfit for life eternal (v 46). Man’s response to this light is his judgment (cf. John 3).

Note that the verse quoted from Isa 49:6 is spoken to the Servant of Jehovah. Yet Paul applies it as a command for himself and Barnabus. How can that be? In Acts the glorified Servant continues to do and teach through His earthly servants—members of His Body.

Third, men and women are sinners. Religious women, and socially prominent ones, are often duped into worthless causes. Their sensibilities are exploited. They may, in turn, influence men in prominent places (observe that tous prōtous is last in v 50). Women have often been readily deceived in religious matters (cf. 1 Tim 2:11-15).

Men can often be full of wickedness. The Jews were filled with envy (v 45). However, after that envy was vented, it did not prevent the filling of the disciples with joy and the Spirit (v 52). A disciple need know nothing of emptiness. But it is disciples, not merely believers, who experience such fullness.

Zane Hodges was a Bible teacher and Professor of Greek at Dallas Theological Seminary. He passed in 2008.