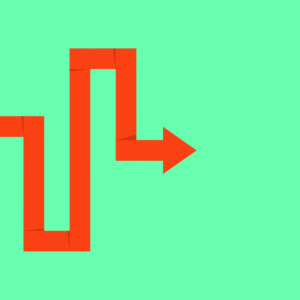 I was born again in my twenty-fourth year on this planet. That moment concluded the first leg of my spiritual journey and marked the beginning of the next. The journey began many years earlier.

Ours was not a Christian family, but I occasionally encountered church as a child. I recall being in a Christmas play when I was a pre-schooler. A few years later my brothers and I made occasional forays to Sunday School as youngsters; we were drop-offs at the front door. I recall sitting with other kids I didn’t know, staring at a map of some unknown place, trying to tune into a lesson I did not understand. That was the sum of my religious experience until High School.

But God was at work, bringing salvation to me.

My High School girlfriend attended church, so I went with her. I don’t know if I was trying to impress her or if I wanted to know more about who God was; it was probably a little bit of both. My initial effort at dabbling in church ended with that relationship. It started up again when I met the girl I would marry. She was a church-going girl, so I started attending again. Church still didn’t make much sense to me, but I kept at it.

Through it all, God was at work, bringing salvation to me.

After we married, I joined the Catholic church and attended regularly. It still was something external, something outside of my “self” but God was at work. I hit a milestone when a parish priest said in his homily that good people read their Bibles. We had one of those big, white Bibles with the embossed leather cover and red and black lettering sitting on the coffee table. I didn’t know what I was doing, but I started reading it because I wanted to be “good.”

Then something happened. I started having serious questions.

What I read in the Bible didn’t match the Church’s teaching, so I met with the priest to ask him about it. I don’t remember my questions. Neither do I remember his answers. The upshot of his answer was, “Because I said so.” I’ve always been an independent thinker who recognizes when someone pulls rank. Not to put too fine a point on it, I can say that his response didn’t cut it with me.

In that process, God was at work, bringing salvation to me.

I started asking around. I read more and dug deeper. Soon I was running into people eager to tell me about Jesus and the Bible. While my search was underway my two younger brothers became believers. My youngest brother was an ardent witness; he and I engaged in many long discussions. He invited me to a study group he attended. I started finding answers to my questions.

God was at work, bringing salvation to me.

The moment I said, “this stuff about Jesus is true” came on the third night of a prophecy crusade in 1972. That evening’s presentation concerned the Great Tribulation, the mark of the Beast, and various other eschatological horrors. On the ride home I asked my brother, “What do I have to do to bypass all travail?”

He handed me a gospel tract and left it up to God. My wife was asleep so I read the tract, alone. I still see that place in the living room where I knelt and prayed. The rocker recliner I knelt before was clad in plush, grey velour; a matching grey floor lamp stood beside it. The carpet was a high low cut. It was at that spot the first phase of my journey came to an end when I told God I was convinced. I believed in Jesus for my salvation.

Looking back over more than 40 years I see God was at work. “The grace of God has appeared, bringing salvation for all people (Titus 2:11).” God graciously brought salvation to me. 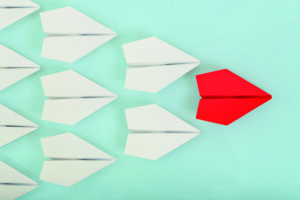 The first leg of my spiritual journey took fifteen years. The next leg lasted seven. The Holy Spirit was at work, showing me the root of my sinful behaviors so I could begin to live the eternal life I’d received that night.

I was pretty rough when the second leg started. I was arrogant, self-willed, highly competitive, and I was focused on gathering wealth. I still enjoyed various mind-altering substances, and I was a ruthless business competitor. I was conformed more to the world than to Christ’s image.

At first the only change in my life was church on Sundays. I gave up hunting and competitive shooting. During the week I was still a mess. I was consumed with building a business that would one day be all mine. I was still angry, arrogant and proud.

But God’s grace was at work, transforming me.

In time I left the business for Bible college. Some ungodly behaviors had fallen away, but others still remained. Nobody saw this because now I was striving for academic rather than financial success. I overachieved in my studies. I sprinted through college in three years as a working man. I graduated at the top of my class and became the first from that school to be accepted at Dallas Seminary. I blew through my first year with perfect grades. I had exchanged one idol for another.

But God’s grace continued to work, transforming me bit by bit.

We were out of money at the end of that first year in seminary. Since we would not borrow money for education, I sat out the next year. Instead, during that sabbatical, God carried me to the destination for this leg of my spiritual journey.

One day, while I was at work framing a house, the Lord impressed upon me, “Why are you so driven?” Reflecting on that question led to a sudden “Aha!” moment of clarity and insight. It was a revelation that led to a revolution.

Virtually everything I did was driven by the fact that I didn’t like myself. I didn’t like myself because I didn’t think that anyone else did, either. At some point, no doubt very early in life, I had decided that those who did not like me would either respect or fear me. That is why I had to excel at everything. Business associates would admire me or fear me as a competitor. In school people would respect me or would fear having me in the same class lest I be the “curve wrecker.”

How had I become my own idol? Why was my ego and self-worth at the center of everything I had ever done? The Holy Spirit revealed that my dislike for myself, based on the belief that no one else liked me for me, had grown out of a variety of meaningless events in early childhood!

By seven years of age I was on a journey that took over twenty years. I spent those years trying to fit in, to be good enough. Success, respect, and fear were the coin I used to buy my way in. I had spent my life up to that point as an idolater. I was compelled by the need to feel that I mattered.

But the grace of God was at work, leading me away from the idol of works-based self-worth.

I read Scripture with fresh eyes. It taught me that my worth is intrinsic. I am valuable simply because we are made in His image (Gen 1:26-28). God values us because an attack on our lives is an attack upon him (Gen 9:6). If you establish our value by the price God paid for us, you could not calculate the sum (1 Pet 1:18).

The grace of God helped me understand we do not acquire value; it is intrinsic. I was freed from the need of being “good enough.” I already am. I can’t describe the sense of lightness, well being, that experience of shalom. I was released, renewed, set free.

That leg of the journey lasted seven years. It had been God’s work, leading me as declared in scripture. “For the grace of God has appeared, bringing salvation for all people, training us to renounce ungodliness and worldly passions (Titus 2:11-12).”

The current leg of my spiritual journey has been underway for over thirty years. Although I will not arrive at the final destination in this life, God graciously grants continued progress toward the destination.

I am not driven by the need to serve the idol. Most of the anger, ambition, and the need to impress have fallen away. I live simply, I don’t want much, and one of my delights is throwing away stuff I used to collect. It drives my wife crazy, but it’s where I’m at today.

I haven’t arrived—yet. I still stumble. I lose my temper occasionally. I’m still overly focused on tasks rather than people. There are still a few people I want to think well of me. When you criticize me, I listen for God speaking in that. If your criticism has merit, I deal with it. If not, I try make things right with you. But if you don’t want to be right with me, it no longer bothers me.

Law had nothing to do with any of this. Arriving at the place of comfort in my own skin had nothing to do with someone’s version of the law. All of my Christian life I have known law, but it did me no good. It did not illuminate the reason for my behavior. It gave me no freedom from my idolatry. It only heaped guilt by reminding me that all I did was wrong.

Only the grace of God, poured out on my life, helped me grow in Christ.

Oddly, perhaps, the threat of being caught doesn’t deter me from sin. Neither does a fear of punishment. I am deterred by the fact that one day I will have to explain myself to Jesus at the Bema Seat, and by my desire to have the richest experience of the kingdom possible to me.

This has been my journey. God has graciously worked in and through me, as he promised. I can testify that indeed, this is true:

For the grace of God has appeared, bringing salvation for all people, training us to renounce ungodliness and worldly passions, and to live self-controlled, upright, and godly lives in the present age, waiting for our blessed hope, the appearing of the glory of our great God and Savior Jesus Christ (Titus 2:11-13).

When our journey has finished, we will all look back and say, “Indeed, it’s all grace.”