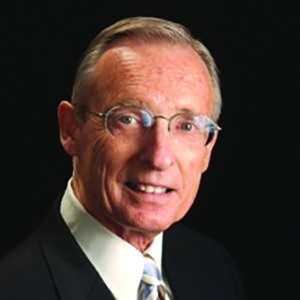 George graduated from Dallas Theological Seminary in 1968 and for four decades pastored churches in Minnesota and California. All who knew him remember how he labored long hours in the text. His esteem for original-language study was contagious. He motivated many young men in his congregations to enroll in seminary. (At one point in my studies, George discipled me and four others who were enrolled at Dallas Seminary.)

In 1992 a decision was reached to start a school. Soon Chafer Theological Seminary (CTS) was born in Orange County, CA. From the beginning, the school emphasized the original languages. George, the founding President of CTS, made sure that the school took strong stands against Calvinism and Lordship Salvation. It has promoted a grace message since its founding.

At the governing board’s direction, George moved the school to Albuquerque, NM, in 2007. He continued to serve as president until 2017.

In 2013 George was diagnosed with cancer. As long as his health permitted, he kept up his studies, teaching, and research for a book on King Saul.

I thank God for how He used George in my own life, since first walking through the doors of Maranatha Bible Church while a student at the University of Minnesota. George had a major role in my decision to study Greek and Hebrew, to go into vocational ministry, and to go to Dallas Seminary. In addition, it was he who invited me to join the faculty of CTS. Also, while on faculty, George sent me each year to the GES annual conference to represent the school.

His advice as I left for seminary was, “Don’t miss Hebrews with Hodges; that class changed my theology.”

Through George Meisinger, many have come to appreciate grace. We can rejoice at how the Lord used him to champion issues that are near and dear to us.

John H. Niemelä is President of Message of Life Ministries.