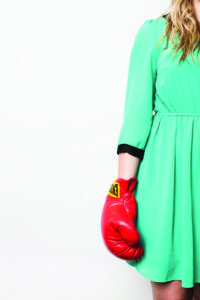 While everlasting life is a free gift received by faith alone in Christ alone, that does not mean believing that message is easy.

On the contrary, coming to faith is often a struggle. In fact, the New Testament often describes faith in terms of a fight.

Perseverance and victory in the Christian life are not automatic. Effort is needed. We must fight against the world, the flesh, and the devil.

Those words are also used of Jesus’ suffering in the Garden of Gethsemane (“being in agony,” Luke 22:44).

There is also one use of agonizomai directed to unbelievers: “Strive to enter through the narrow gate, for many, I say to you, will seek to enter and will not be able” (Luke 13:24). Most of the Jewish listeners were trapped in a legalistic tradition that taught works salvation. For them to come to faith in Christ might well involve striving, struggling, and fighting against their preconceived notions and traditions.

Likewise, many today find it difficult to believe in the freeness of God’s grace because it just doesn’t seem hard enough. The promise of life seems too easy. That is why people come up with pejorative labels like easy believism and cheap grace.

So faith can be a fight for both unbelievers and believers.

Unbelievers should fight until they hear and believe the only message that will save, the message of John 3:16.

Believers should fight each day to do their best for Christ so that one day soon He will grant us authority to rule with Him and thereby glorify Him more fully.

So whoever you are, fight!