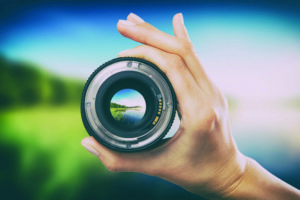 Early in my Christian life, when I was about eighteen, I had the chance to become a youth pastor. But I said no.

In each case, I refused.

In part, because I was afraid. (I think my main fear was a financial one. I didn’t trust God to provide.)

Now that I am in ministry, I look back and wonder how often fear caused me to miss out on the good things that God had for me. I wish I could go back and tell my past self to serve the Lord, because the rewards are far greater than the imagined risks.

Has fear ever kept you from doing something worthwhile?

Have you ever let fear stop you from serving God?

It stopped people in the Bible, too.

They had so much potential. So much promise. So much God wanted to give them in Canaan, the land He had prepared for them.

Instead, they chose to wander in the wilderness for decades.

Every day Israel spent in the barren wilderness was a day they could have spent in bountiful Canaan.

They squandered so much time and missed out on God’s blessing. They should have trusted and obeyed God and entered the land to take it. Instead, they cowered outside of it.

Does that sound familiar to you? Have you done the same? Have you shrunk back from obeying God? Do you regret it now?

Nicodemus was a respected leader in his community. Men praised him and looked to him for religious guidance. But all the while he hid his true beliefs about Jesus.

Nicodemus could have become an open disciple of Jesus. He could have been with the Lord every day for three years. Can you imagine being with Jesus like that?

Nicodemus came to faith in the Lord but kept it secret until after Jesus died, when he claimed His body (John 19:38-42).

Wouldn’t you have followed the Lord, if you could?

I’m sure that, looking back, Nicodemus wished he had.

Every day Nicodemus spent in the dark as a secret believer was a day he could have spent with the Light (John 1:4-5) as an open disciple.

Nicodemus missed out on God’s blessing.

We look back on the examples of the Exodus generation and Nicodemus and think of what a foolish choice they made. Why did they act that way?

Remember what Jesus said about fear:

“I say to you, My friends, do not be afraid of those who kill the body and after that have no more that they can do” (Luke 12:4).

Fear changes your focus. That’s what happened to the Exodus generation and to Nicodemus. They were focused on their fear of men, instead of on God and His promises. And that prevented them from pressing forward.

The Exodus generation feared the inhabitants of Canaan too much to go into the land (cf. Num 13:27-33). Likewise, Nicodemus was likely too afraid of being put out of the synagogue to follow the Lord (cf. John 12:42). And that basic fear of other men stopped them from enjoying the blessings that come from obeying the Lord openly.

When fear trumps following Jesus, that’s a sign your focus has changed. Instead of being Christ-centered, you’ve become self-centered.

Acting out of fear means your thinking is taken up with your problem, instead of with His Person and His provision.

Fear is natural. There’s no sin in being afraid; at least, as an initial reaction. But it is not natural to have fear dominate your life, hinder your growth in spiritual maturity, and persuade you not to follow the Lord.

That kind of fear is a sign of rebellious unbelief. It is a vote of no confidence in the Lord. You are effectively saying, “Lord, I’m afraid of these guys. I think they’re too powerful for You!”

Jesus said you shouldn’t fear those who can only kill your body.

Notice, Jesus didn’t promise a trouble-free life! Trouble will come. It’s very possible that people will persecute you for your faith, to the point of killing you. Or, less dramatically, due to your faith, you could get fired, or lose a promotion, or lose your reputation, or suffer in many different ways.

The key is to put those problems into an eternal perspective.

In the long run, this life is not the end. There is an eternal life after this earthly one, and what we do here impacts how we will live there.

Physical death is a blink of an eye in light of eternity. So whatever happens here is relatively short-lived compared to our eternal destiny.

Yes, people can kill your body, but you were going to lose that body anyway. God will give all believers new ones in the age to come. So don’t worry! Fear of physical death is not something that should stop you from following God and living in His blessing.

Have you let fear change your focus?

Have you let fear cause you to miss out on serving God the way you were called?

If so, keep your eyes on Christ.

See everything through a Jesus lens and put your trust in Him, not in your troubles.

Serve Him as you are called to do, without fearing the people around you.