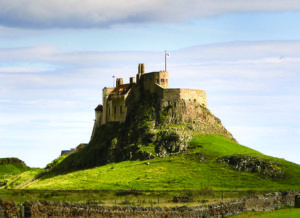 Near the beginning of Sir Walter Scott’s classic novel Ivanhoe, the fool Wamba discusses the difference between good old AngloSaxon words (like swine and sheep) and the (then) new-fangled French words (like pork and mutton) that had been making headway in England since the Norman conquest of 1066.

Many centuries later we still use Wamba’s Anglo-Saxon words—minus some that were lost in the shuffle but augmented by thousands of near synonyms of a French-Latin origin. The result is that we who use English as our principal language speak the tongue with the richest vocabulary in the world.

The classic English Bible, the KJV, is basically Anglo-Saxon in vocabulary and completely so in structure. But the 1611 translators were not afraid to use some choice Latin-type words, especially in the theological texts: justification, salvation, faith, cross, glory, and propitiation, to name a few.

But this dual origin of English vocabulary occasionally poses a problem. Oddly enough, the most important gospel word-family in the Greek NT is obscured in English. This is because we translate the Greek verb pisteuō by the AngloSaxon word believe, and the related noun pistis by the totally urelated word faith (from the Latin fides, by way of French).

At least partly due to this lack of similarity, many preachers who are weak on grace are able to maintain that the Greek lying behind one or both of the English words includes a whole possible agenda of works, such as commitment, repentance, perseverance, etc.

Actually, believe and faith, as the Greek shows, are just the verb and the noun for a concept that is really no different in English than in Greek. That concept is taking people at their word, trusting that what they say is true. 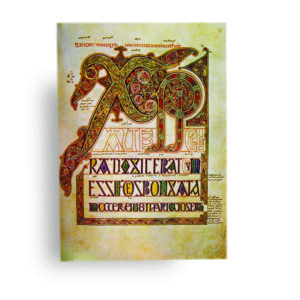 In order to clearly demonstrate this fact, I would like to take three of the most famous “believe” verses in the NT and retranslate them a little by using the word “faith” to show they are really the same in the original.

First, the best known verse of all, the one Martin Luther called “the gospel in a nutshell”:

For God so loved the world that He gave His only begotten Son that whoever has faith in Him shall not perish but have everlasting life (John 3:16).

Amen, amen [lit. Greek text] I tell you, whoever hears My word and has faith in Him who sent Me has everlasting life, and shall not come into judgment, but has passed from death to life (John 5:24).

These edited translations should help show that believe and faith really convey the same meaning.

Now let’s go in the other direction. Let’s take three famous “faith” passages and re-translate a bit to bring out the fact that the word in the original is just another form of the “believe” concept.

First, the verse that gives us, not an abstract, but a working definition of faith:

Now believing is the substantiation of things hoped for, the evidence of things not seen (Heb 11:1).

And here is probably the number two gospel text for grace-believers:

For by grace you have been saved through believing, and that not of yourselves, it is the gift of God, not of works, lest anyone should boast (Eph 2:8-9).

And finally, another verse from that great teacher of salvation by grace through faith, the Apostle Paul:

But to him who does not work but believes [from pisteuō] on Him who justifies the ungodly, his believing [pistis] is accounted for righteousness (Rom 4:5).

Of course, I am not saying that these or any words always have the exact same meaning. Context determines a great deal. For example, faith in the NT is sometimes used for the body of truths that we believe, the Christian Faith (e.g., see Jude 3).

No “faith” (religion) gives nearly as much importance to believing the right things as does Christianity. And no wonder! Believing or having faith in Christ grants us salvation. And what we believe about other things—assurance, rewards, grace, etc.—determines how we live our lives every day. What we really believe and what we say we believe are not always the same thing. When we say that people are saved through faith alone in Christ alone, we nevertheless do believe it has to be their genuine faith and not merely a nominal Evangelicalism.

God doesn’t need our money, works, or resolutions. But He would like to be taken at His word. He doesn’t like to be made out to be a liar. Neither do we. God wants to be believed. He wants us to have faith in Him, His Son, and His finished work on the cross for us. This is the gospel of grace. It is not based on works, or we might bore the saints with a “bragimony” meeting through all eternity.

Trust me (I mean, believe me): Have faith in Christ and you will be saved!

*This article appeared in Grace in Focus in June of 1991.

Art Farstad (1935-1998) was Executive Editor of the New King James Version of the Bible, co-editor of the Hodges-Farstad Majority Text of the NT, and a gentleman par excellance.