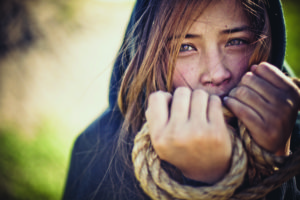 I once delivered a message entitled “Shepherding the Flock in Trying Times.” I alerted Christians to the religious persecution coming to America, identifying where those attacks are coming from. My goal was to prepare believers for a time when standing for moral truth will be grounds for being ostracized or punished. When those times come, may God find us to be followers who will “serve God rather than men,” and who will faithfully “speak the truth in love.”

Someone wrote me a response. He pointed out that in NT times, persecution was a common lot for Christians (Acts 5:40ff; Phil 1:29; 1 Pet 4:12ff), and that they were exhorted to see it as an opportunity for spiritual growth (Rom 8:16f; 2 Cor 1:3-5; Phil 3:7-11; Jas 1:2-4). He cited 2 Tim 3:12: “Indeed, all who desire to live godly in Christ Jesus will be persecuted.” The writer added, “The early church faced trials much greater than those you see coming for us, and the Scriptures speak with crystal clarity to what our attitude and response to those trials should be.”

I wish to concur with these comments. Persecution was prevalent both in NT times, and indeed on through the first centuries as Christianity spread throughout the world. Jean-Léon Gérome’s famous painting “The Christian Martyrs’ Last Prayer” is a poignant reminder of the price many early believers paid for their faith in Jesus Christ.

Persecution is still widespread today. According to The Ethics and Religious Liberty Foundation, more Christians were martyred in the 20th century than in the previous nineteen centuries combined. Voice of the Martyrs tracks the lives of persecuted Christians around the world, an estimated 200 million today.

In almost every case of persecution, we see Christians responding with spiritual strength and standing for truth in the face of trials. There is a lesson here for those of us in America who have known little or no persecution to this point in our nation’s history. As those who oppose God and His truth increase their influence in the halls of power in our country, let us be found to be walking so closely with the Lord that we are prepared to pay the price in honoring God, especially when doing so results in personal trials.

Do Not Seek Martyrdom

But while we should be prepared for persecution, we are never instructed to seek it. It is a sad part of the history of the early church that some Christians mistook biblical teaching to suggest that persecution was a good thing. In fact, this became so entrenched that some early Christians sought out and welcomed martyrdom.

Mark it well: Scripture never teaches us to seek persecution. This is “spiritual masochism,” and is contrary to everything the NT says.

We are not to antagonize those in the world so they persecute us! We are to associate with them (1 Cor 5:9- 10), be wise in our dealings with them – making the most of opportunities to witness (Col 4:5), and to live our lives as an example of godliness to unbelievers (1 Thess 4:11-12). In fact, a godly man is one who has a “good reputation with those outside the church”(1 Tim 3:7).

Do Not Be Passive

This does not mean that we should passively stand by while others do evil. Just as we would intervene to stop someone assaulting a stranger or abusing a child, so too we must intervene if ruling authorities pursue policies that take innocent life (abortion), or rob children of having a dad and a mom (homosexual marriage). We stand for Biblical truth, and when we are persecuted for doing so, we face it with the strength which God supplies. But we must continue to stand for truth.

Facing trials Biblically, therefore, means not seeking them, but being prepared to face them if that is the price for standing for truth.

This is where Christians in America increasingly find themselves today.

Our religious freedoms are under attack. Those who stand for truth are facing persecution both socially and politically. Should we passively stand by while these freedoms erode, and we increasingly face religious persecution? Of course not! We do not seek trials, but we are prepared to face them if we must.

In a recent blog, I cited a lengthy portion of a speech by Eric Metaxas, author of the New York Times #1 bestseller Bonhoeffer: Pastor, Martyr, Prophet, Spy. Metaxas, a scholar, student of history, and a Christian, states that on the issue of religious freedom, he sees “disturbing parallels between what was happening in Germany in the Thirties [the rise of Hitler and Nazism] and America today.” If these trends continue, we will face a loss of our religious freedoms. But while we can, let us seek to stop the increase of evil!

For example, he writes that the requirement in the new health care law that we must pay for abortions, “has nothing to do with contraceptives and everything to do with Religious Freedom…”

The push for homosexual marriage, he writes, “has been framed as an issue of expanding a supposed right to marry whomever one chooses, which it is not. It’s about Religious Freedom.”

If we lose our religious freedoms, I pray that we will respond to inevitable persecution with grace and strength. But let us never invite that persecution!

Refuse to Stand By

Two centuries ago, William Wilberforce refused to passively stand by while evil increased. He confronted slavery in a day when social and political authorities said slavery was right, and to abolish it was crazy. He stood up to the forces of evil in his day, and by God’s grace, changed the course of history. Today, the oldest predominantly African-American private university in America, Wilberforce University, bears his name (es. 1856).

In the last century, Bonhoeffer and other Christians led the opposition to Hitler. They confronted Nazism when social and political authorities said killing Jews was right. They faced trials Biblically. Bonhoeffer was murdered by the Nazis, but his testimony resounds today. He would not be silenced. We must not be silent either. He called the church to be the church, and to stand for what is right. We can do no less today.

Most of us in America don’t know what it is like to live without religious freedom. Today, religious freedom is under attack. While we have it, let’s seek to preserve it. If we lose it, let’s be prepared to suffer for Christ’s sake. That’s facing trials Biblically.