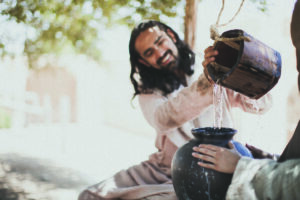 Does John’s Gospel teach that Jesus promised everlasting life that can never be lost?

Does it teach eternal security?

Is the doctrine of “once saved, always saved” true?

The answers are yes, yes, and yes.

How do I know? Read each of the following verses:

“This is the will of the Father who sent Me, that of all He has given Me I should lose nothing, but should raise it up at the last day” (John 6:39).

“And I give them eternal life, and they shall never perish; neither shall anyone snatch them out of My hand” (John 10:28).

Here are nine reasons why believers are eternally secure.

Second, whoever believes will never perish (John 3:16). If you could perish, as many Christians teach, then Jesus’ promise would be false. It is only true because the believer is eternally secure.

Third, whoever believes will never thirst (John 4:10-14; 6:35). The Lord was comparing the “living water” He would give the Samaritan woman to drink with the well water she had come to fetch. The well water would leave her thirsty again. But if she drank His living water, she would “never thirst” again, but it would “spring up into everlasting life” (v 14). If you could lose your salvation, then you would thirst again. But Jesus says that cannot happen. The believer who drinks once “will never thirst.”

Fourth, whoever believes will not come into judgment (John 5:24). Jesus is speaking about eternal salvation here. Why won’t the believer come into judgment? Because the moment you believe, you get eternal life, so your eternal destiny has already been decided. You are eternally secure.

Sixth, whoever believes will never be lost (John 6:39). Once Jesus has you, He will never lose you. (Even if, in this case, the direct application may be to corporate Israel).

Seventh, whoever believes will never be cast out (John 6:37). How many churches teach that you can be cast out if you aren’t good and faithful? Well, that’s wrong. Jesus said it would never happen.

Eighth, whoever believes will never be snatched away (John 10:28). Once you are in Jesus’ hand, there’s no leaving it, falling from it, or slipping through His fingers. He won’t cast you out, and no one can snatch you away. You are secure.

Friend, do you see that the only salvation that Jesus gives is everlasting? Dwight Pentecost once said,

Any other kind of salvation is not what Jesus promised.

But what about the warning passages in Scripture? They exist but be sure to read them in context. They cannot contradict Jesus’ promises. The truth is, there is much that a believer can lose if he or she disobeys, but everlasting life is not one of them. That life is not only for now but forever and ever.

I saw one of the most beautiful scenes of my life when I was 19 years old. I was sitting in the living room of...
December 1, 2022

Book of Ruth–Background–Prologue–Episode One, Scene 1

Welcome to Grace in Focus radio. Today, we begin looking at the Old Testament Story of Ruth. You will love how guest Philippe Sterling breaks...